Neither NBC nor sports reporter Kelli Stavast has commented on Stavast’s false claim that a NASCAR crowd was chanting “Let’s Go Brandon” when they were clearly saying, “F*ck Joe Biden.”

NBC Sports reporter Stavast’s false characterization of the chant came as she performed a track-side interview at Talladega Superspeedway with Xfinity Series race winner Brandon Brown. In the interview, she was interrupted when the crowd spontaneously broke into the now-familiar anti-Biden chant.

Instead of simply ignoring the chant, Stavast mischaracterized the call and insisted that the crowd was saying, “Let’s Go, Brandon,” when it clearly was not.

“Brandon, you also told me,” Stavast said before being interrupted by the crowd. “As you can hear the chants from the crowd…” she added, before claiming that the crowd was saying, “‘Let’s Go, Brandon!'”

Stavast’s false claim about what the crowd was chanting gives the appearance that she was attempting to sanitize the chant and to cover for Joe Biden.

NASCAR also jumped into damage control by deleting the interview after posting it to social media, according to Fox News. 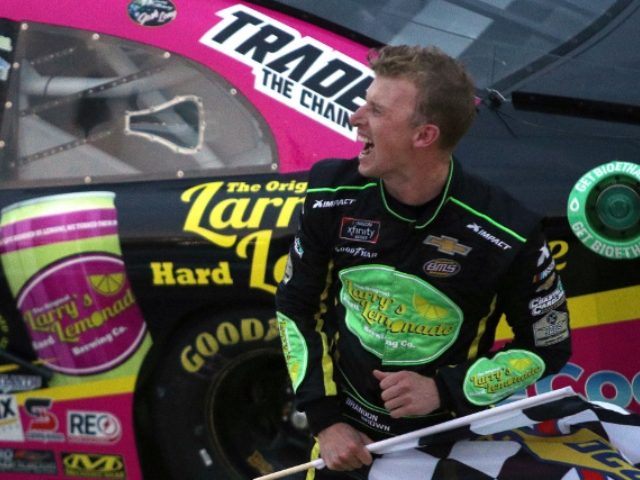 To date, though, NBC has offered no statement to explain why Stavast re-wrote reality on the fly and gave a false news report live on the air. The reporter has also avoided comment on her actions.