A former assistant coach for Illinois State University (ISU) has filed a lawsuit against the school’s head football coach and athletic director, claiming his 1st Amendment rights were violated after removing a Black Lives Matter sign from his office door.

In 2020, during the height of the BLM protests following the murder of George Floyd, ISU assistant coach Kurt Beathard returned from a temporary leave to find a BLM poster on his office door. When he replaced the poster with a message of his own –  “All Lives Matter to Our Lord and Savior Jesus Christ” – controversy ensued to the point that Beathard was terminated by head coach Brock Spack and then-athletic director Larry Lyons, according to the Chicago Tribune. 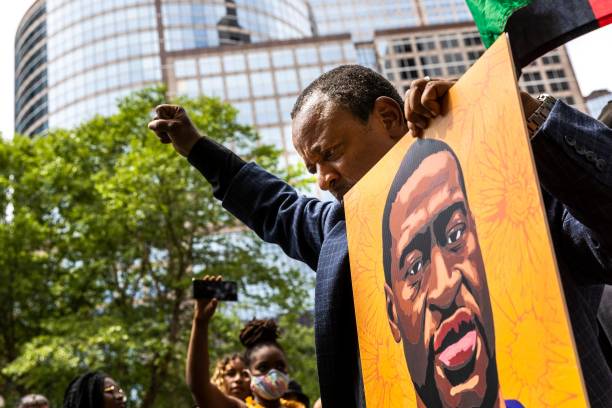 People react after learning the sentencing of former Minneapolis Police officer Derek Chauvin outside the Hennepin County Government Center on June 25, 2021 in Minneapolis, Minnesota. – Chauvin was sentenced to 22 and a half years in jail Friday for murdering African American George Floyd, a killing that sparked America’s biggest demonstrations for racial justice in decades. “The sentence is not based on emotion or sympathy,” said Judge Peter Cahill, handing down the term at a Minneapolis court after prosecutors sought a 30-year sentence. (Photo by Kerem Yucel / AFP) (Photo by KEREM YUCEL/AFP via Getty Images)

Filed in a U.S. District Court last Tuesday, Beathard’s lawsuit alleges that the firing amounted to retaliation and viewpoint discrimination at a public university.

“Beathard claims he was told he was fired because Spack did not like the direction of the offense,” noted the Tribune. “The lawsuit claims Spack and Lyons terminated Beathard because ‘he did not toe the party line regarding Black Lives Matter.'”

“The complaint also says that Beathard had the right to freely express his views as an employee of a public university,” it added. “The suit states that Beathard set several records and that the team achieved national ranking with his offense in 2014 and 2015 and again in 2018 and 2019.”

Larry Lyons eventually retired from his position as athletic director after he said “All Redbirds Lives Matter” during a Zoom meeting with student-athletes. Redbirds referred to a nickname of the school.

About two days after the Lyons’ meeting, Beathard was approached by Spack, and he was asked to remove the sign he created from his door, according to the lawsuit. Beathard took the poster down that day. But a colleague of Beathard’s shared a picture of the poster he recently took down. In response, some football players boycotted practice, according to the lawsuit.
A few days later, Beathard was fired.

Beathard said in the lawsuit he suffered tremendous economic and emotional distress due to the firing. His attorney, Doug Churdar, argued in a news release that a public university should not be regulating employee speech.

“It’s come to this. If you put the government’s message on your door, you keep your job,” Churdar wrote. “If you replace it with your own message, you’re fired. That’s exactly what happened. 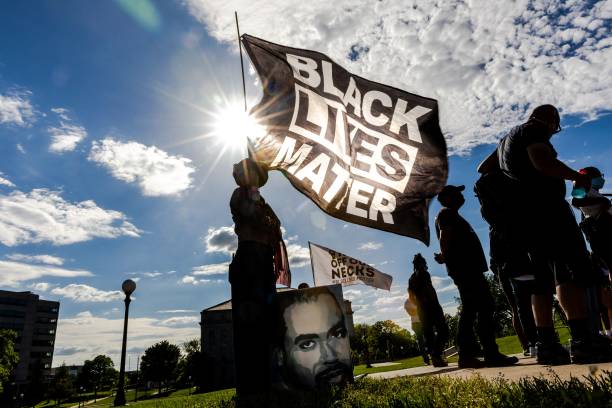 TOPSHOT – A woman holds a Black Lives Matter flag during an event in remembrance of George Floyd and to call for justice for those who lost loved ones to the police violence outside the Minnesota State Capitol on May 24, 2021 in Saint Paul, Minnesota. (Photo by Kerem Yucel / AFP) (Photo by KEREM YUCEL/AFP via Getty Images)

“There’s only one reason Beathard isn’t offensive coordinator at ISU: he did not toe the party line on BLM,” he added.