The NFL has seen a huge jump in average number of viewers from last year and posted the highest number in that regard since 2015.

And they did it without any on-field protests of significance whatsoever.

Sports reporter Michael McCarthy reported the NFL’s viewership bump of ten percent over the 2020 season. That is the best year since 2015, the year before Colin Kaepernick began protesting against America during the playing of the national anthem.

The NFL’s ratings cratered starting in 2016 as Kaepernick began his protests during the anthem. The league did see a small ratings bump in 2019 when the league began trying to discourage the protests, but the ratings again dipped as the NFL went all-in for social justice causes. 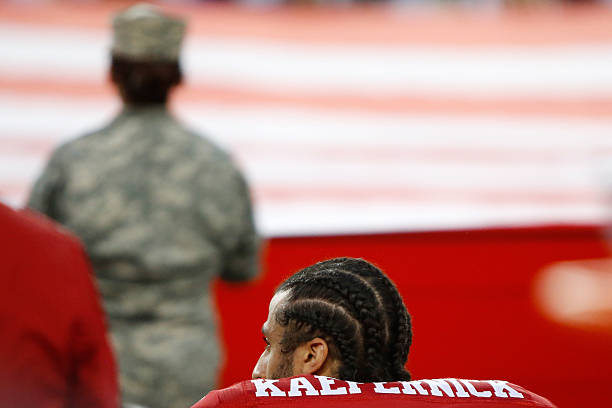 SANTA CLARA, CA – SEPTEMBER 12: Colin Kaepernick #7 of the San Francisco 49ers kneels in protest during the national anthem prior to playing the Los Angeles Rams in their NFL game at Levi’s Stadium on September 12, 2016 in Santa Clara, California. (Photo by Robert Reiners/Getty Images)

But the numbers fall began among some demographics several years before Kaepernick’s outrageous attacks on America. In 2021, the Super Bowl, for instance, saw a loss of viewers under the age of 49 for the ninth straight year. The ratings were also dismal for last year’s Super bowl. It was the least-watched championship game since 2006.

McCarthy went on to note the top ten games of the year: