Green Bay Packers star Aaron Rodgers recently blasted Joe Biden for claiming that the U.S. is suffering a “pandemic of the unvaccinated.” The future Hall of Famer also took a shot at the president’s public speaking.

In Sept., Biden insisted during remarks delivered from the White House, that, “This is a pandemic of the unvaccinated. And it’s caused by the fact that despite America having an unprecedented and successful vaccination program, despite the fact that for almost five months free vaccines have been available in 80,000 different locations, we still have nearly 80 million Americans who have failed to get the shot.”

Last month, Biden even personally addressed Rodgers in Kentucky when he exclaimed, “tell that quarterback he’s gotta get the vaccine.” 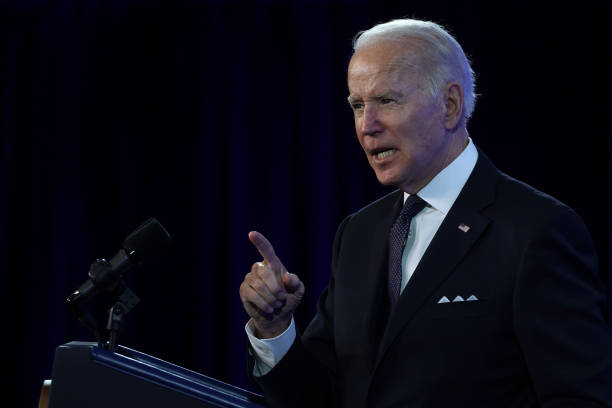 It appears that Rodgers is just as annoyed at Biden.

“When the president of the United States says, ‘This is a pandemic of the unvaccinated,’ it’s because him and his constituents, which, I don’t know how there are any if you watch any of his attempts at public speaking, but I guess he got 81 million votes,” Rodgers said during a visit with the Pat McAfee show, according to ESPN.

“But when you say stuff like that, and then you have the CDC, which, how do you even trust them, but then they come out and talk about 75% of the COVID deaths have at least four comorbidities. And you still have this fake White House set saying that this is the pandemic of the unvaccinated, that’s not helping the conversation,” Rodgers added.

According to the CDC, a study from December 2020 and October 2021 of 1.2 million fully vaccinated people, 189 people had severe reactions to COVID, and 36 died. Twenty-eight of those deaths were of people who had at least four of eight risk factors, which is about 78 percent, ESPN added. 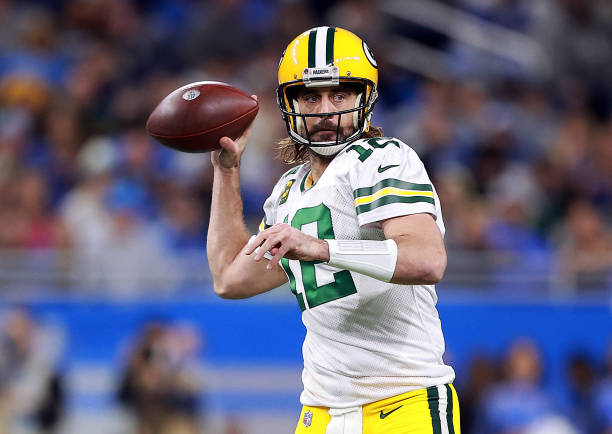 DETROIT, MICHIGAN – JANUARY 09: Aaron Rodgers #12 of the Green Bay Packers looks to pass during the first quarter against the Detroit Lions at Ford Field on January 09, 2022, in Detroit, Michigan. (Photo by Rey Del Rio/Getty Images)

Further, in a nation of 330 million people, the CDC claims that 209 million are “fully vaccinated.” And many of those left can’t be vaccinated for age and medical reasons.