At least 16 Ivy League female swimmers are afraid to publicly speak out against the pro-transgender university officials who are helping a man — Lia Thomas — swim in their competitions, according to the Washington Post.

“Sixteen members of the University of Pennsylvania women’s swimming team sent a letter to school and Ivy League officials Thursday asking that they not take legal action challenging the NCAA’s recently updated transgender policy,” according to the Post. The pending NCAA policy may block Thomas — and many other men — from dominating the world of women’s sports. The Post continued:

[Lia] Thomas’s teammates did not identify themselves in the letter. It was sent by Nancy Hogshead-Makar, a 1984 Olympic swimming gold medalist, lawyer and chief executive of Champion Women, a women’s sports advocacy organization. She said in a telephone interview that she sent the letter on the swimmers’ behalf so they could avoid retaliation; in the letter, the swimmers claim they were told “we would be removed from the team or that we would never get a job offer” if they spoke out against Thomas’s inclusion in women’s competition.

“These are the girl[s] blackmailed into not speaking out ….. or they lose their team place,” responded a British Olympian swimmer, Sharron Davies. “It’s discrimination against females & utterly disgraceful,” she added.

All Americans should be alarmed by the elites’ gagging of the 16 women, Natasha Chart — a feminist who argues that women’s particular legal rights and social status depend on the public’s recognition that women’s bodies are fundamentally different from men’s bodies — told Breitbart News.

Transgenderism insists that the 16 swimmers — and all Americans — believe that men and women are interchangeable, she said. “That is the test that every one of us is facing right now. Will you kiss the ring and lie?” 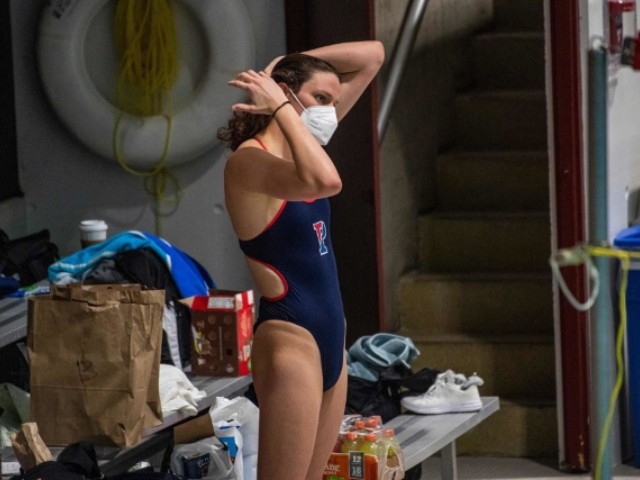 The 16 women are under enormous pressure to kiss the ring, she said:

They’re being threatened with the preemptive destruction of the careers and futures that they came to that [Ivy League] school, that their family sent them to that school to get. That can’t come from just one man undressing in their locker room. That’s coming from the whole school establishment. They’re getting that message from the professional networks that they expect to need later on.

Transgenderism “is an enormously powerful movement… it has very effectively co-opted existing networks of very powerful and influential people,'” she said.

Before looking to blame these individual women — or to canonize them — [people should recognize] that these are the [pro-transgender] rules [which will decide] the next generation of people who are going to get judgeships, senior management positions, or end up in Congress. These are the criteria under which their fitness is being evaluated. And it’s systematically excluding all of the people who value truth and integrity over going along with the herd. And people should be extremely concerned about the implications of this, whatever they think of these individual women.

For example, the women are being told to accept what is now regarded as sexual harassment — the display of men’s genitalia in women’s private spaces, she said:

Consider what else is happening here. Lia Thomas is reported as [committing] basically what would be regarded as indecent exposure. He’s fully undressing in their locker rooms, so he’s displaying sexual power. This is endorsed by all of these [pro-transgender] elites, and the women who are being allowed into the elites have to put up with — or endorse — this sexual abuse of other women in order to be accepted. 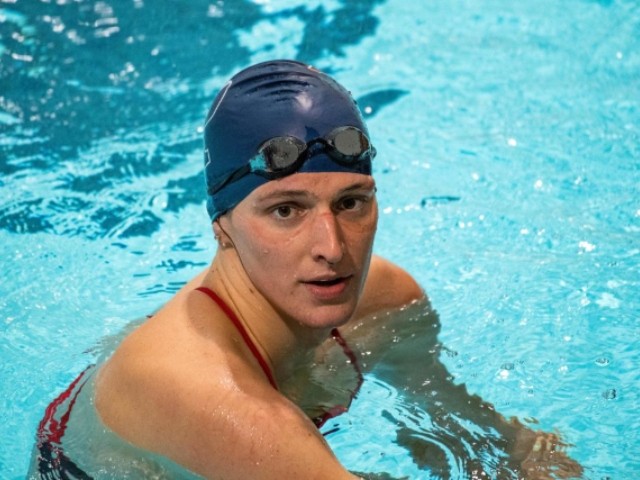 In response, two feminist groups are warning the University of Pennsylvania that it faces sexual harassment lawsuits because it allows Thomas to undress in the women’s changing rooms:

It appears from news reports that many, if not most, of the female athletes on the University’s swim team fear retaliation and are concerned about maintaining their scholarships and reputation in the community. For this reason, a report such as this one should be considered an adequate basis requiring law enforcement and the university to conduct an investigation without any female members of the swim team having to make an individual direct report themselves.

Further, the report notes: “While Lia covers herself with a towel sometimes, there’s a decent amount of nudity, the swimmer said. She and others have had a glimpse at her private parts.”

“She stated that team members have raised their concerns with the coach, trying to get Thomas ousted from the female locker room, but got nowhere.”

“’Multiple swimmers have raised it, multiple different times,’ the UPenn swimmer said. ‘But we were basically told that we could not ostracize Lia by not having her in the locker room and that there’s nothing we can do about it, that we basically have to roll over and accept it, or we cannot use our own locker room.’”

The 16 swimmers should speak up in public, said Chart.

It would definitely be heroic of them to stand up and challenge this. I’m sure that there would be consequences. Everybody knows that. But people have got to start standing up to say something about this. Somebody has to do it.

If they stand up and say something, they could save [womens’ sports] for future generation of women … There’s not going to be women’s opportunities [for leadership in sport] because you don’t need very many of these guys in a sport before they just run the table … But women are being gagged for the benefit of men.

Democrats, including President Joe Biden, are doing nothing to help the 16 women resist the demands from men who insist they are women.

Amid Democratic silence, and with the polls showing massive opposition, former President Donald Trump is seizing the opportunity.

“We will ban men from participating in women’s sports,” he promised on January 29 during a Texas speech that mimicked a campaign rally.

He referred to the Thomas scandal, saying, “So ridiculous. Did you see the man who was on the swimming team at a certain school that I know very well? The [womens’ swimming] record held for like 11 years. He beat it by 38 seconds.”

Trump’s statement got loud applause, unsurprisingly, because even pro-transgender advocates admit they have lost the public argument over sex-switching athletes.

Numerous polls show that the public — including liberal women — increasingly rejects the transgender ideology. The new opponents include many liberal-leaning, college-educated women and men who hated Trump and voted for Joe Biden in 2020.

In contrast, recent NY Times' articles on this subject have been clear advocacy pieces for including males in women's sports. Plus, the NY Times has turned off the comments to those articles because they know that they would get ripped for their anti-female athlete storylines.

It includes non-political people trying to live as idealized stereotypes of the opposite sex, pre-pubescent children with childish views of sexuality, and ideologues who wish to blur distinctions between the two sexes.

It also includes sexual liberationists and progressives who are eager to liberate people from their bodies, parents who are eager or willing to endorse transgender claims, and journalists eager to help their social peers.

This movement is overwhelmingly opposed by the public, by doctors shocked at the psychological and healthcare damage, by a growing number of young people who have “de-transitioned” back to their sex, by parents trying to shield their children from transgender activists, and by transsexual, liberal and conservative critics of the transgender ideology.