Former NBC Sports reporter Michele Tafoya has become a target of the left-wing media elites since announcing she is joining a Republican political campaign and criticizing the teaching of critical race theory.

The popular NFL sidelines reporter spent nearly 30 years in the trenches covering sports. However, now she has retired from the sports world and joined the campaign of a Minnesota Republican running for governor of the North Star State.

Naturally, she is quickly becoming the newest target of attack by the left.

Tafoya recently appeared on Tucker Carlson’s Fox News show and explained that she feels it is time to “give back.”

“This has been on my mind. I’ve been waking up every day with a palpable pull at my gut. My middle-ground, … moderate viewpoint is not being represented to the rest of the world. And so rather than, you know, just banging it out on Twitter or Instagram every day – I thought – I’ve got to do something. I have benefited greatly from the American dream, and I feel like for the sake of my kids, and because I so love this country, I’ve got to start giving back,” Tafoya told Carlson.

Tafoya has been a target of the left at least since she appeared as a guest host on ABC’s extremist, left-wing daytime talk show, The View. 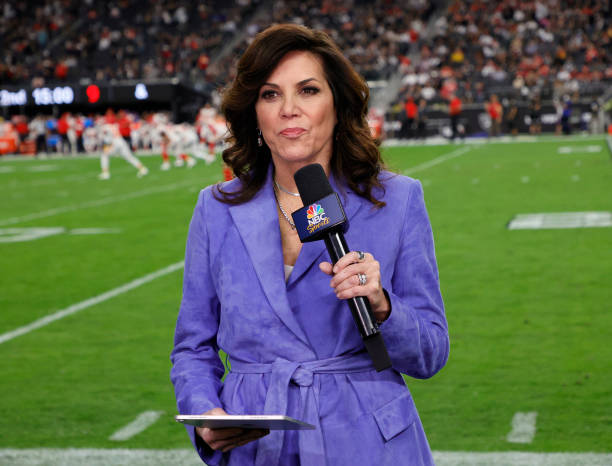 Tafoya sat in with the women on the show in November and repeatedly riled the left with her comments. But with her appearance on Fox, she is riling the left even more, especially when she attacked the woke, critical race theory policies of her child’s school.

“My son’s first best friend was a little African-American boy. They were inseparable. Get to a certain age; they start having what’s called an affinity group, which means you go for lunch and pizza with people who look like you,” Tafoya told Carlson.

“There is a big, big focus on the color of your skin and my children … Why are we even teaching that the color of the skin matters? Because to me, what matters is your character and your values,” she added.

Despite the fact that Tafoya’s comments are exactly in-line with Dr. Martin Luther King’s famous I Have a Dream speech where he called for people to judge others not based on the color of skin “but by the content of their character,” leftists lined up to take shots at Tafoya for her comments.

Race baiter and newly minted CNN commentator Jemele Hill, of course, led the pack, going on the attack and claiming that Critical Race Theory is a “made-up issue.”

Imagine leaving a high-profile job over a made-up issue. Does Michele Tafoya even know what CRT is? Does she have kids in school being taught CRT? Can she provide any examples? https://t.co/s5ryE9ovoM

Dave Zirin, sports editor for The Nation and a man with apparently zero self-awareness about who the true race-grifters are in this country and which political party they belong to, blasted Tafoya for using race to “grift.”

Tim Burke, a former writer for the left-wing Deadspin, went down the usual, boring road leftists take when confronted with a Republican; he called Tucker Carlson’s show the “White Nationalist Hour.”

Other leftists piled on:

And when people like Michele witness that, for years, then pretend there are no problems; or pretend the problem is noting America's history of racism—it leaves me to ask, "Have you not paid a morsel of attention? Have you not been listening as people tell you their sagas?" [4]

NBC Sports reporter, Michele Tafoya is retriring and going into Republican politics. I'm always shocked these days when a seemingly sane person turns out to be a Republican.

Michele Tafoya was a reporter for 30 damn years and never once thought to herself, "Hey, maybe I should talk to someone about what critical race theory actually is."

Getting information is literally her job, and she actively chose not to seek it out.

Still, Tafoya said she doesn’t care about the criticism.

“I don’t care if I’m attacked. I really am not afraid of that, and I guess I feel like so many people now are afraid,” she told Carlson. “Yeah. And I’m not. Listen, I know there are repercussions for whatever I choose to say. And I’ve talked to my kids’ school about it. You know, please don’t hold this against my kids. I’m speaking for me. I’m speaking for my family. But please don’t hold this against my kids.”