GOP lawmakers in Indiana voted Tuesday to override a veto by Governor Eric Holcomb (R) and enact a law banning male athletes identifying as female from competing in girls’ sports.

Indiana joins at least a dozen other U.S. states in enacting similar laws.

“State senators voted 32-15 in favor of overriding Gov. Eric Holcomb following the same action in a 67-28 vote by the House earlier in the day,” the Associated Press reports. “Holcomb had said in his veto message that bill did not provide a consistent policy for what he called “fairness in K-12 sports” when he unexpectedly vetoed it in March.”

Dozens of pro-trans activists protested at the state capitol but to no avail.

Only minutes after the governor’s veto was overridden, the American Civil Liberties Union (ACLU) filed a lawsuit on behalf of a 10-year-old boy who identifies as female and wants to play on an all-girls softball team. The purpose of the suit is to seek blockage of the override before the transgender sports ban is set to take place on July 1.

Opponents of the measure cite the lack of cases in Indiana of male athletes dominating female sports leagues. However, the NCAA had never had an issue with men dominating female swimming before they did, as in the case with transgender swimmer Lia Thomas. 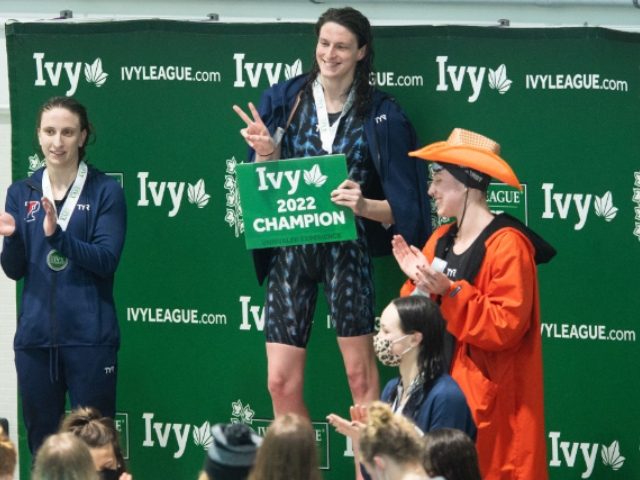 However, despite the lack of cases, Republican Senate President Pro Tem Rodric Bray says he sees the bill as a way of preserving “simple fairness.”

“We don’t like to get to the state of Indiana sued, but it happens from time to time,” Bray said. “It’s a policy that I think we can stand behind.”

Indiana’s Eric Holcomb now joins Utah’s Spencer Cox among GOP governors who have defied the overwhelming sentiment of their party to preserve girls’ sports only to be overridden by Republican state senators and representatives who haven’t forgotten their base.