Former Heavyweight Champion Mike Tyson says that he feels the end is near, literally, as he tells fans that he thinks he may soon die.

The heavyweight champ broached the topic on his podcast, Hotboxin’ with Mike Tyson, when he told trauma therapist Sean McFarland that he feels he is “really close” to dying, according to the New York Post.

“We’re all gonna die one day of course,” Tyson insisted. “Then, when I look in the mirror, I see those little spots on my face, I say, ‘Wow. That means my expiration date is coming close, really soon.”

He went on to say that fame and fortune is not everything many people think it is.

“Money don’t mean sh*t to me,” Tyson added. “I always tell people, they think money’s gonna make them happy, they’ve never had money before. When you have a lot of money, you can’t expect nobody to love you. How am I gonna confess my love to you when you have $500 billion?

He also said that once you have all that money, you realize that the idea that money means “security” is hollow. 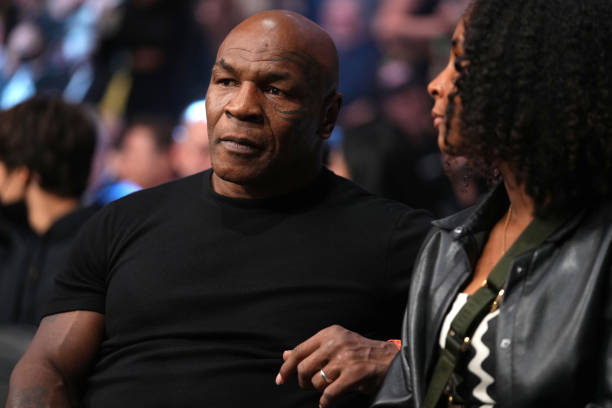 Mike Tyson is seen in attendance during the UFC 270 event at Honda Center on January 22, 2022, in Anaheim, California. (Cooper Neill/Zuffa LLC)

“When you put money in your bank and you get a check every week and you can live for the rest of your life, is that security? That means you won’t catch a disease? You can’t get hit by a car? You can’t jump off a bridge? I don’t know. Is that security? Can money secure you from that?” he said.