A large construction firm in Utah announced that it is giving up its VIP suite, after Utah Jazz players began kneeling during the national anthem. 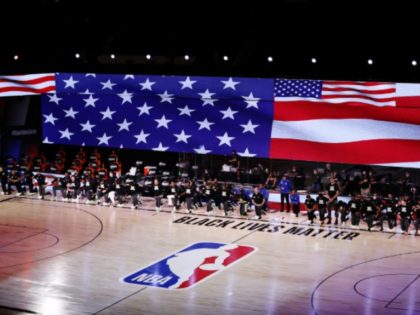 Taya Kyle, Widow of American Sniper, to Nike: ‘You Exhaust My Spirit’

Taya Kyle, widow of SEAL Chris Kyle, had a message for Nike on its latest ad campaign with Kaepernick: “You exhaust my spirit on this one.” 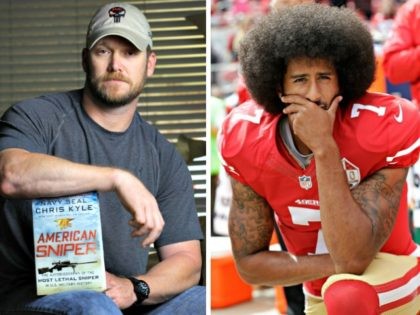 Egyptian Director Amr Salama is developing a film he hopes will tell the “other side of the story” of Clint Eastwood’s 2014 film American Sniper, about legendary United States Navy SEAL sniper Chris Kyle. 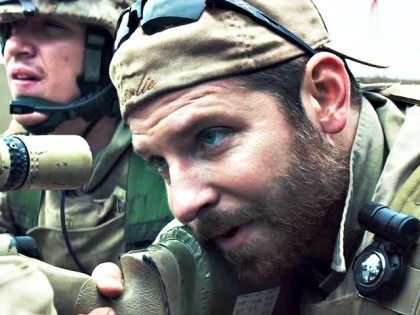 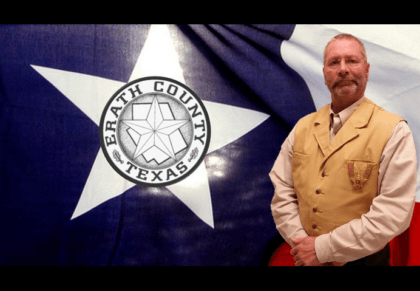 Bradley Cooper was spotted in the audience Wednesday night at the Democratic National Convention, which caught some fans of the Oscar-nominated American Sniper actor off-guard. 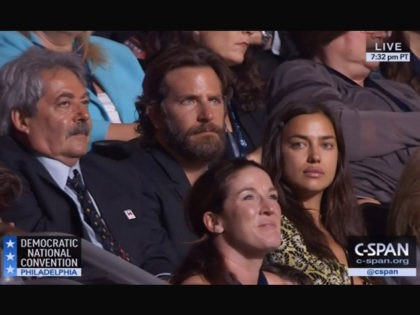 The U.S. Court of Appeals for the Eighth Circuit sided with the widow of American war hero Chris Kyle on Tuesday, reversing a federal trial court’s judgment in favor of former Minnesota Gov. Jesse Ventura. 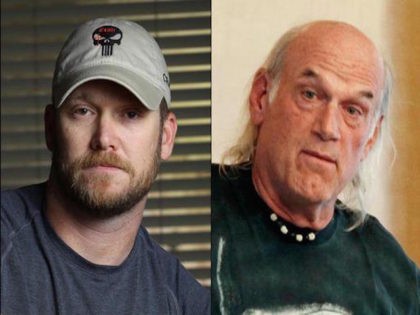 A federal appeals court on Monday threw out $1.8 million in damages awarded to former Minnesota Gov. Jesse Ventura, who said he was defamed by the late author Chris Kyle in the bestselling book “American Sniper.” 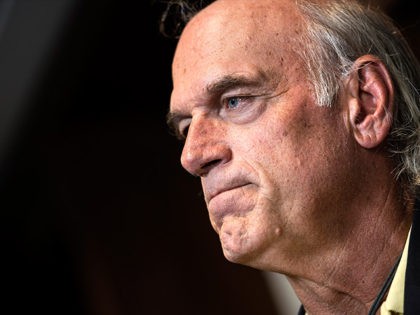 Former Texas Governor Rick Perry took to his keyboard to defend the honor of the late “American Sniper,” Navy Seal Chris Kyle. The former governor responded to what he called a “stunning display of inadequate research” in an article that challenged Kyle’s medal claims. 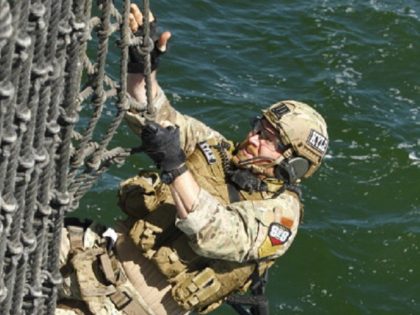 When Taya Kyle, wife of “American Sniper” Chris Kyle, fondly recalled her late husband’s humility on Breitbart News Daily Tuesday morning, she was speaking in the context of a New York Times article published over the weekend. The article described a growing rift among current and former Navy SEALs, and Pentagon commanders, over what some denounce as the commercial and political exploitation of the legendary service. 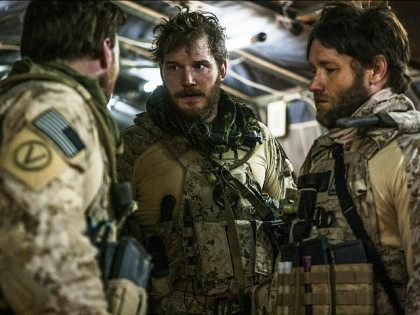 Taya Kyle: ‘Eagle’s Head Bowed’ on SEAL Trident ‘to Represent Humility,’ Those Who Brag Aren’t ‘Living the Code or the Creed’ 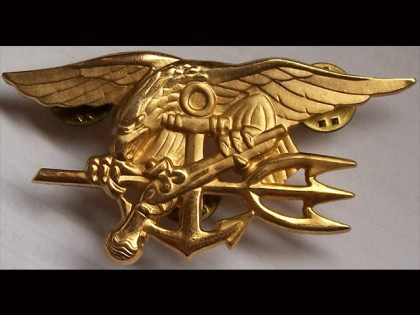 The State of Texas has filed a brief to reply to the claims on appeal made by the convicted murderer of “American Sniper” Chris Kyle and his friend Chad Littlefield. Eddie Ray Routh is asking an intermediate appellate court in Texas to set aside the jury’s guilty verdict. 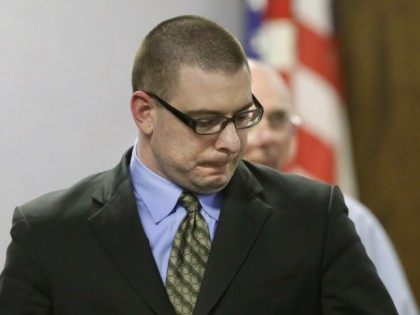 On December 5 Taya Kyle—widow of late sniper Chris Kyle, aka, ‘American Sniper,’—won $500,000 for the families of first responders and military personnel at the American Sniper Shootout. 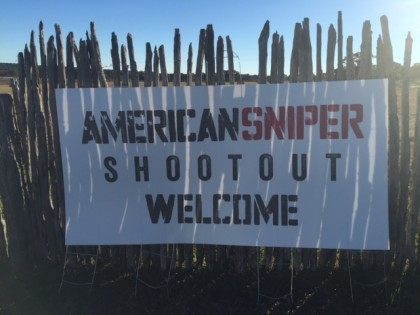 On December 4, Breitbart News spoke with Taya Kyle—wife of late Navy SEAL and American hero Chris Kyle—about the American Sniper Shootout, which will be held Saturday in Mason, Texas. 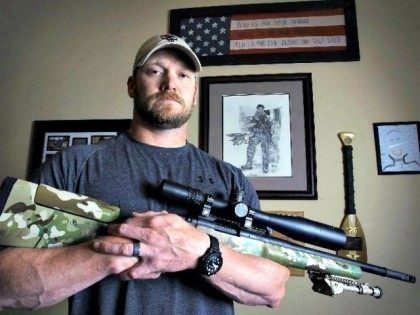 A Georgia corn farmer created an artistic tribute to “American sniper” Chris Kyle out of a seven acre maize field. 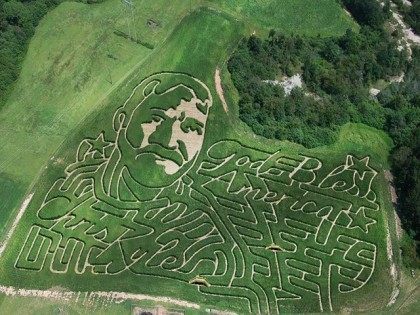 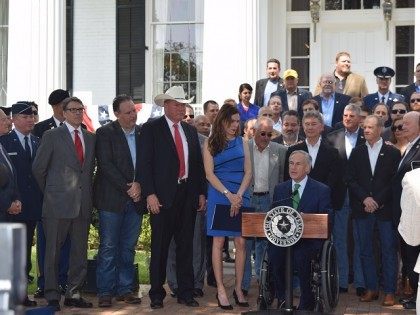 Taya Kyle, widow of American Sniper Chris Kyle, appeared on a special episode of ABC talk show The View on Tuesday to discuss her faith and the ongoing resilience of her military family in the wake of her husband’s tragic passing in 2013. 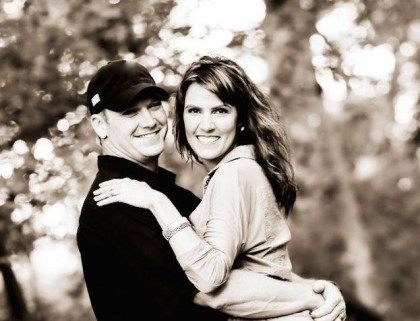 A new hospital in Anchorage Alaska has been named to honor Texas Legislative Medal of Honor recipient Chris Kyle, a former Navy Seal American hero. Kyle was immortalized in the film “American Sniper” based upon his life and heroic tours of duty in in Iraq. 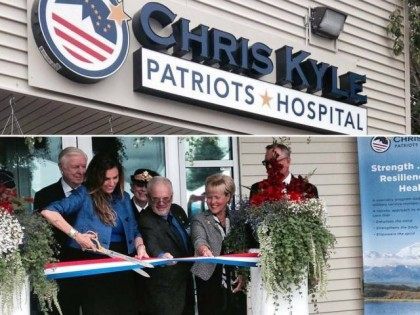 Texas Governor Greg Abbott signed House Concurrent Resolution 85 authorizing the posthumous award of the Texas Legislative Medal of Honor to “American Sniper” hero, U.S. Navy Chief Petty Officer Chris Kyle. The murdered former Navy Seal was a Texas native who served four tours of duty in Iraq and has been recognized as the “most lethal” sniper in U.S. military history. 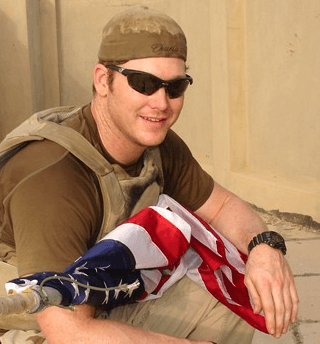 ADDISON, Texas — Shortly before former Gov. Rick Perry (R-TX) announced he was running for President, Breitbart Texas interviewed Taya Kyle, the widow of Chris Kyle, Navy SEAL and author of American Sniper. Kyle was in Addison to show her

“The reason I am running for president is I know for certain our country’s best days lie ahead. There is nothing wrong in America today that cannot be fixed with new leadership,” said Perry. “We are just a few good decisions away from unleashing economic growth, and reviving the American Dream.” 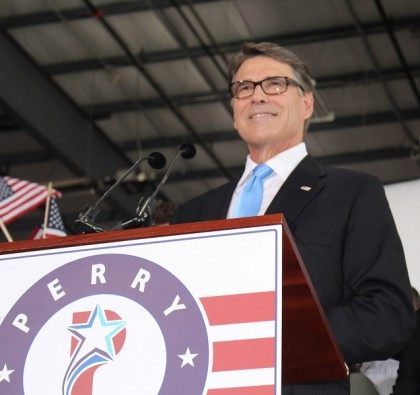 Just after midnight Thursday morning, the news was confirmed: Perry is running for president. Perry’s website, RickPerry.org, had been updated to say “Perry for President,” and a new logo was unveiled. 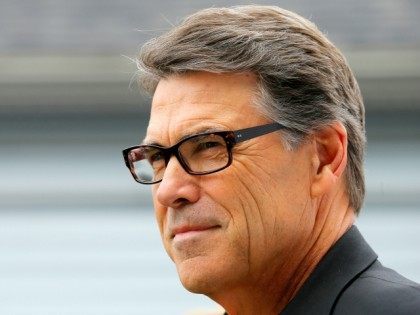 Texas Governor Greg Abbott signed a bill on Tuesday designating a segment of U.S. Hwy 287 in Midlothian as the “Chris Kyle Memorial Highway.” Chris Kyle was a Navy SEAL and author of the New York Times bestseller American Sniper. Taya Kyle, the widow of Navy SEAL and American Sniper author Chris Kyle, will be in Addison, Texas next week when former Gov. Rick Perry (R-TX) announces he is running for president, to show her support.

The Texas Senate passed House Bill 1187 designating a segment of U.S. Hwy 287 in Midlothian, as the Chris Kyle Memorial Highway. The Texas House passed the bill earlier this month. The bill will now go to Governor Greg Abbott for signing and making the bill law. 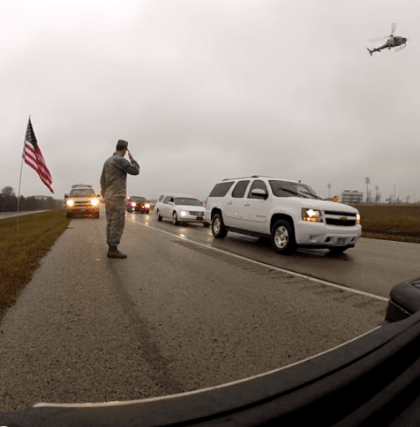 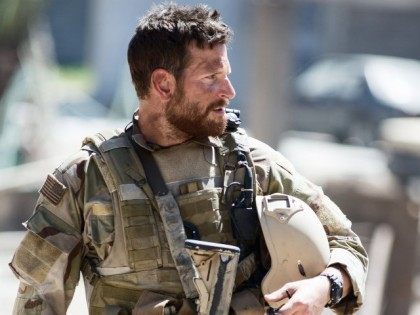 The Texas Legislative Medal of Honor may soon be presented posthumously to Navy SEAL Chris Kyle, the “American Sniper.” It is among the rarest military medals in the United States.

Bradley Cooper picked up Best Male Performance at the MTV Movie Awards Sunday night for his role in American Sniper and used his acceptance speech to dedicate the award to the man he portrayed onscreen: the late U.S. Navy SEAL Chris Kyle. 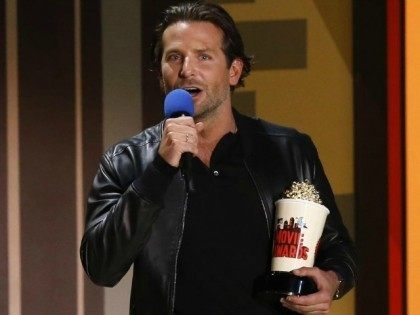 ‘American Sniper’ Screening Back On At University Of Michigan, With ‘Safeguards’

Students who are currently at the University of Michigan will have to deal with the fallout (in every sense of the word) from Barack Obama’s train-wreck Middle East policy. The future does not belong to those who turn to Paddington Bear instead of Chris Kyle.

Chris Kyle’s Widow Pens Letter on Wedding Anniversary: ‘I Will Love You All the Days of My Life’

To commemorate the 13th anniversary of her marriage to late navy SEAL Chris Kyle, his widow, Taya, took to Facebook this week to pen a now viral love letter. 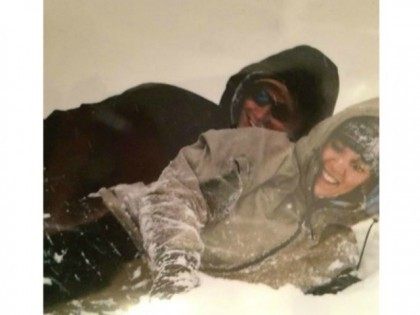 The University of Missouri students association confirmed that a campus screening of American Sniper would continue as originally scheduled after a Muslim student had protested the showing of the film earlier this month, calling it “blatant racist, colonialist propaganda.”