The king is dead, all hail the king. The Taken King saw the end of the failed experiment known as Destiny 1.0 and an effective re-launch of the game, but is it enough to both win over skeptical players and keep those who have stuck with the game thus far playing?

Destiny was a bit of a mess when I left it almost a year ago. The illusion that developer Bungie–which had built a zealous following with their work on the Halo franchise–could spin straw into gold, whatever they tried their hand at, had been shattered. While millions of Destiny fans still logged in regularly, many gamers were disappointed and disillusioned with the rather pedestrian product they received after a year of hype. Destiny was nothing close to the end-all, be-all sci-fi first-person epic promised by promotional materials. 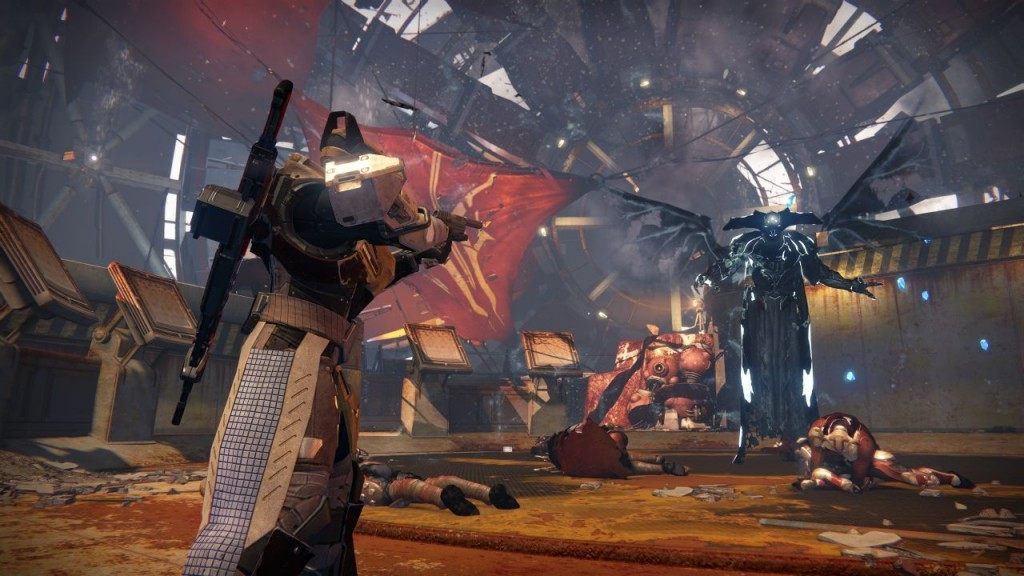 You will forget about the stupid plot from Destiny and FEAR ME.

The meager first-year expansion packs, The Dark Below and The House of Wolves, did little to placate disappointed fans. Bungie had a lot riding on the success of The Taken King: first, to engage players who have stuck with Destiny over its first tumultuous year, and second, to win back those left dissatisfied. As someone who fell in the latter camp, I’d call this expansion a success–as it has gotten me to start playing Destiny regularly again–but a number of legacy issues and design choices detract from the experience.

The core gameplay of Destiny hasn’t changed with The Taken King, beyond the introduction of a new subclass for each of the game’s three classes. I’ve been rolling a Titan as my main character since launch, so it was nice to finally have a subclass with offensive abilities that encourage reckless aggression (at least until Hunters and Warlocks whined that Titans weren’t defenseless targets in the Crucible anymore and Bungie nerfed them). 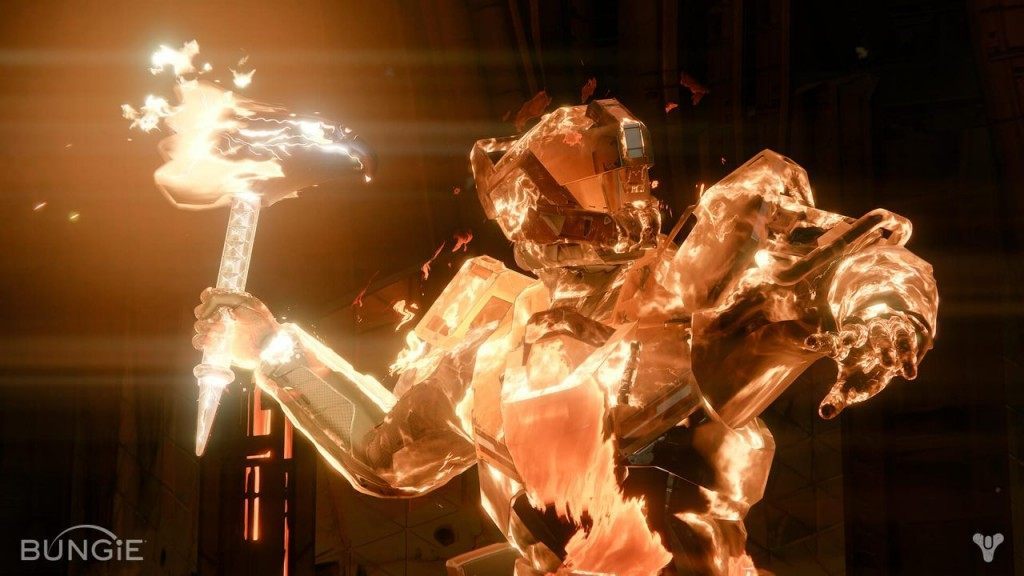 Destiny is still, for all its promises of grandeur, a fairly shallow loot-based grind. The Taken King’s success can be judged on whether it makes that grind consistently engaging, something that Destiny 1.0 failed to do for me. For the most part, it succeeds. There are a plethora of quests, Exotic weapon bounties, daily and weekly challenges, and varied PvE and PvP activities to keep you coming back. You know that you’re just slowly inching a progress bar towards your next random reward, but there’s enough to be done and enough variety at this point to keep you engaged.

That focus on loot hits a brick wall after a certain point, unfortunately. Bungie made a big deal about their retooling of Destiny‘s progression system before the The Taken King‘s release, making leveling from 1-40 purely based on experience earned rather than relying on the game’s Light system. In theory, this system works as intended; you no longer have to rely on a random Light stat on your gear to increase your level. Except the Light level hasn’t been eliminated, and in practice it still acts to gate off Destiny‘s high level content.

The exact same situation that Bungie said they were trying to eliminate–with players grinding through Strikes/Nightfall/raids just to find marginally better trash loot to slightly increase their gear’s stats–is still here. And good luck even getting into a raid group with people you don’t know if you’re sub Light-level 300. Many players are stuck in a Catch-22: too low of a level to get into the raid, yet can’t increase their level without loot from the raid. It’s still a mess. 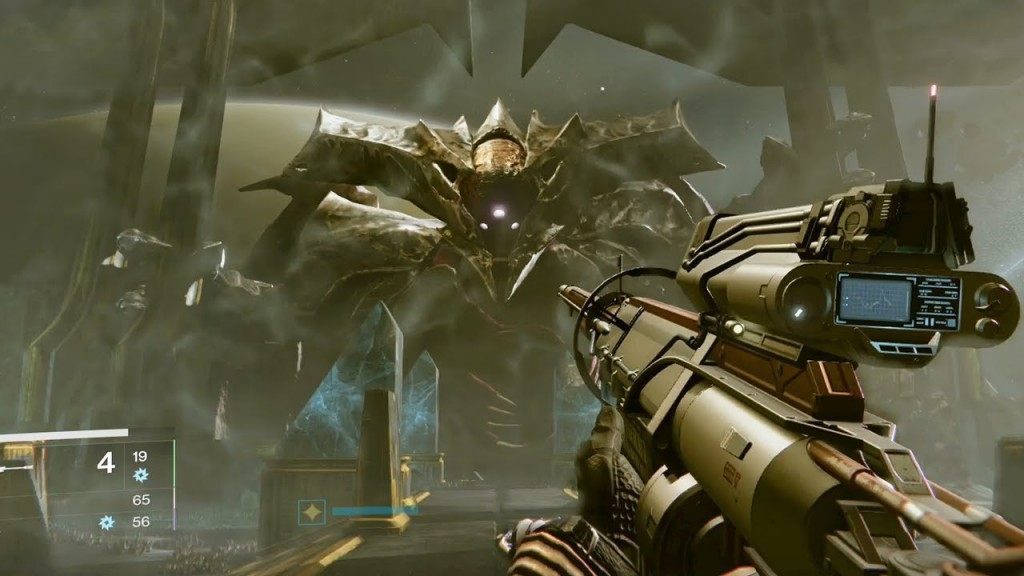 There’s about a 75% chance that you haven’t, and never will, see this.

I know Bungie doesn’t want to hear about it at this point, but when so much of their focus appears to be on the new “King’s Fall” raid, they need to address the fact that the lack of matchmaking will prevent a majority of players from ever experiencing it. Even more, accessing the rest of the game’s high-level content, from Exotic weapon bounties to Trials of Osiris, is dependent upon farming loot from King’s Fall to increase your stupid Light level.

For all the new content The Taken King introduces, Bungie has eliminated a great deal of content from both the base game and its previous two expansions, either by design or neglect. Quest lines and bounties from The Dark Below and House of Wolves have been retired outright, reducing those expansions to little more than a handful of story missions. And while they haven’t been eliminated, the Vault of Glass and Crota’s End raids, along with the Prison of Elders, have been abandoned. All their rewards are effectively garbage in the post Destiny 2.0 world, so no one is going to waste time playing them anymore. 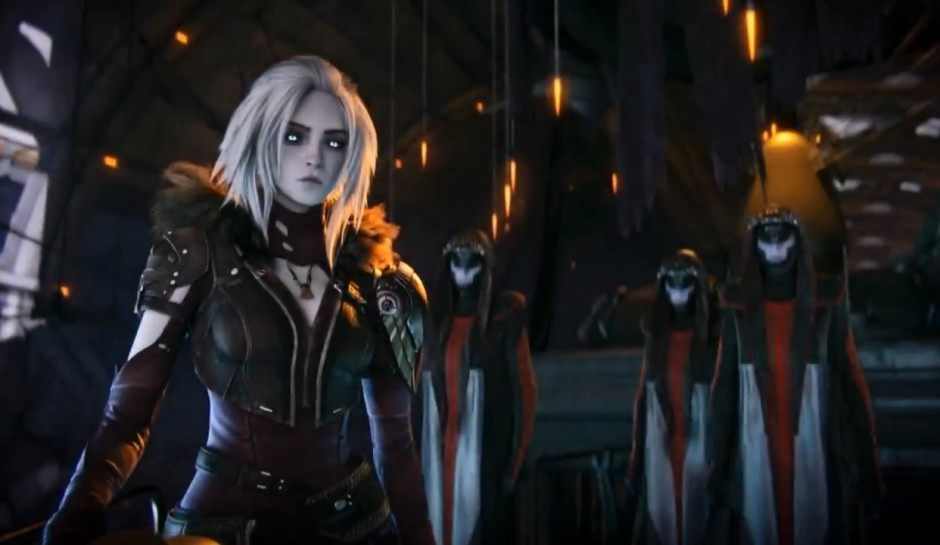 Remember when there was an entire expansion devoted to you? Later!

That’s the whole issue with The Taken King. It constantly feels like it’s taking away as much as it’s adding to Destiny, and every step forward is accompanied by a corresponding design choice that feels like a step backward.

Take the expansion’s much-lauded story. It is by default better than Destiny’s, as it actually includes basic elements like traditional plot beats and character development. As far as explaining any of the lore of Destiny‘s universe, you’ll be forced to continue using Bungie’s grimoire cards, which still can’t be accessed within the game (you have to stop playing and log in to Bungie.net to read them). You can only find information on the most interesting new elements by hunting down collectibles hidden throughout the new Dreadnaught area.

Nearly every aspect of the game features this improved yet frustrating design philosophy. For example, in the retooled reputation system, you no longer have to choose between gaining reputation with only one faction at a time, but the elimination of bounties and activities from the previous expansions makes it a slog to grind out reputation for the factions they introduced. The Three of Coins item that creates a chance for an exotic engram to drop from killing bosses gives players an opportunity to earn some of the game’s most powerful weapons and armor outside of the raid and Nightfall strike, but Bungie has placed a limitation on the rewards’ distribution resulting in many, many duplicates. 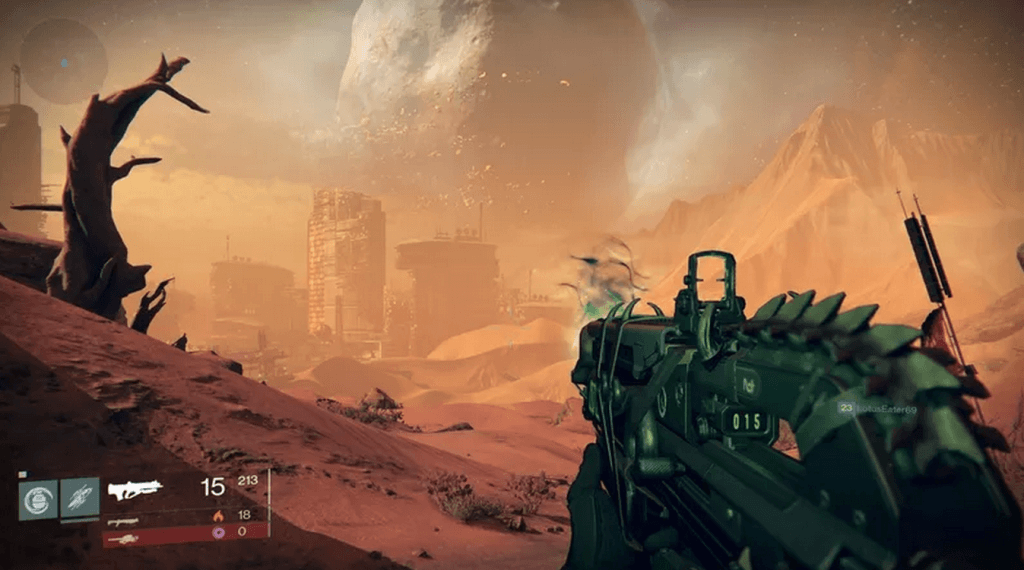 Stop giving me Bad Juju. I didn’t want it the first six times.

On top of all of this, if you bought Destiny and its first two expansions but not The Taken King, you have been locked out of several gameplay options that they previously paid for, including Daily Missions, weekly Heroic and Nightfall Strikes, and even the ability to buy gear from the game’s vendors beyond low-level trash items. You can’t even pick what type of multiplayer matches you want to play anymore, as choosing specific game modes for anyone without The Taken King has been eliminated, allowing players to only select from limited 3v3 or 6v6 playlists with random game types.

This isn’t a matter of players who haven’t bought the expansion complaining that they don’t get to play with all the new toys it brings; content they’ve already paid for has been eliminated from the experience. More disturbingly, it raises the question of just what other content Bungie plans to take away from players in the future.

It’s really a shame, as The Taken King is undoubtedly a better game than Destiny was when it launched over a year ago. I wish I could wholeheartedly recommend it, but the various legacy issues, head-scratching design choices, and treatment of longtime players who haven’t made the jump to the expansion make it difficult. That said, if you love Destiny and enjoy or have at least resolved yourself to how grindy the game inherently is, there are plenty of reasons why you’ll probably be well served by picking up The Taken King, if for no other reason that you effectively can’t continue to play the game without it.

Disclaimer: This review is based on a retail copy of The Taken King provided by Activision representatives. It was provided on the same day as the game’s release and played on servers live to the public.