It was International Women’s Day today, and as it draws to a close, Twitter has selected a predictable lineup of women to celebrate. One tweet from their official account says it all.

Unapologetically herself, @lenadunham has taught a generation of women how to embrace who they are. #SheInspiresMe pic.twitter.com/wqZe18rtFi

The rest of Twitter’s picks are much the same — leftists, celebrities, and leftist celebrities. It includes Michelle Obama, Lady Gaga, and Malala Yousafzai, one of the only victim of Islamic misogyny that the left considers OK to celebrate (perhaps because she has never blamed Islam for what happened).

Predictably, there are no right-wing women on Twitter’s list. Kellyanne Conway, the first woman to successfully run a Presidential campaign, was conspicuously absent. Like the “Women’s March,” which banned pro-life campaigners, it’s clear that most social media companies consider International Women’s Day to be restricted to a very particular type of progressive-approved woman.

But that doesn’t mean the other, non-approved women don’t exist. Here, then, are some of the names that social media companies neglected to mention today, but should have. 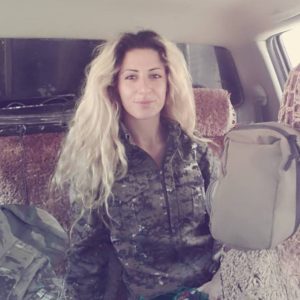 In her early twenties, Joanna Palani gave up the comfortable life of a Danish college student to go and fight against sexism. Real sexism — the ISIS kind. And unlike many other college students, she didn’t fight against it with safe spaces and trigger warnings, but with a sniper rifle.

Palani spent over a year serving on the frontlines of the Syrian Civil War against ISIS, first with the Syrian Kurdish People’s Protection Units (YPJ), and then with the Iraqi Kurds’ Peshmerga (Kurdish for “one who confronts death.”) Kurdistan, particularly the autonomous Syrian region known as Rojava, has developed a reputation as one of the last bastions of secularism and gender equality in the Middle East. The Syrian Kurds have also proven to be the most effective force in rolling back the Islamic State.

Palani, who fought as a sniper, is reported to have killed over 100 Islamic State terrorists since joining the Kurds, and has a $1 million Islamic State bounty on her head. Denmark, a country that tries to “reintegrate” returning ISIS fighters instead of punishing them, rewarded Palani by throwing her into custody when she returned to the county. Yes, that’s correct — in Denmark, Islamic terrorists get “reintegration,” while the feminists who fight against them get a jail cell. 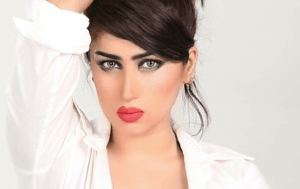 Twitter and other social media companies are happy to celebrate privileged western celebrities, but they gave scant regard to Qandeel Baloch, a social media star in Pakistan who was dubbed the country’s equivalent of Kim Kardashian. Baloch was murdered by her own family last year in a so-called “honor killing,” after her advocacy of feminism and free expression ran up against the medieval social conservatism of Islam.

Baloch, escaped from a teenage marriage and took up a modelling career in her 20s. As her fame in the country grew – she had 750,000 Facebook fans before her murder – she faced regular condemnation from the conservative, patriarchal elements of Pakistani society. Anticipating a brutal reprisal, Baloch wrote to Pakistani security officials to request protection. Either deliberately or through incompetence, they clearly failed.

A self-proclaimed “modern-day feminist,” Baloch was an example of a liberated woman in a country where it actually mattered — and she paid for it with her life.

But of course, as Twitter reminds us, it’s Lena Dunham who’s more important! 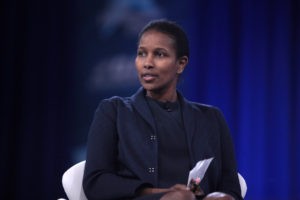 It should not be surprising that the first three names on this list all have some connection to Islam. The 7th-century religion is unquestionably the number one threat to women, both in the Middle East and now, thanks to disastrous immigration policies, the west too.

Ayaan Hirsi Ali, a Somali-born Dutch politician and women’s rights activist, understands the threat better than almost anyone in the world. A childhood victim of female genital mutilation (FGM) and forced marriage in Somalia, Hirsi Ali is now one of the world’s leading atheists, and a relentless campaigner against the misogyny of Islam. Time Magazine has listed her as one of the 100 most influential people in the world, and she has received a free speech award from the Jyllands-Posten, the Danish newspaper that was faced with violent riots and threats from the Muslim world after publishing Mohammed cartoons in 2005.

Like Joanna Palani, the efforts of Ayaan Hirsi Ali to fight against Islamic misogyny have often been met with hostility in the west. Her appearances on university campuses have faced leftist boycotts, and the Southern Poverty Law Center (SPLC) infamously placed on a list of “anti-Muslim extremists” alongside other Islamic reformists and critics in 2016. Linda Sarsour, a principal organizer of the Women’s March who was honored by President Obama as a “champion of change,” once said that Hirsi Ali doesn’t “deserve to be [a] woman,” and stated that she wished she could “take her vagina away.” Sarsour, a defender of Sharia law, has not apologized. 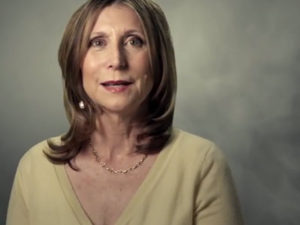 Whereas feminism in the Islamic world fights against genuine oppression, western feminism is today more likely to perpetrate injustice rather than oppose it. A judge in California, for example, recently said that the disparity of process against the accused in a campus rape tribunal was “enough to shock the Court’s conscience.”  (These kangaroo “courts,” widely criticized for unfairly skewing the scales of justice in favor of accusers, were set up by colleges across the U.S. following pressure from feminists and the Obama Administration.)

For decades, former philosophy professor Christina Hoff Sommers has performed the thankless task of feminist policewoman, reminding the Sisterhood that feminists should seek only equality and freedom, not dominance and privilege. From the kangaroo courts mentioned above, to the feminist-supported phenomenon of “safe spaces” and “trigger warnings” to protect students from supposedly upsetting speech on college campuses, Hoff Sommers has become one of the last islands of sane feminism in a sea of third-wave radicalism.

She also has a very cute pupper called Izzy. 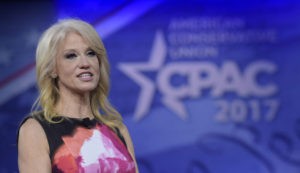 If Hillary Clinton had won the presidency, she would certainly deserve to be on this list. Regardless of her political values, being the first woman to achieve the presidency would be worthy of mention. But she didn’t win, and this was in no small part due to the efforts of Kellyanne Conway, Donald Trump’s former campaign manager and current Counselor to the President.

Given that the left have difficulty recognizing achievements from people who disagree with them even slightly, you are unlikely to see Conway mentioned by any of the leftist celebrities, public figures, and social media companies celebrating International Women’s Day today. Nevertheless, Conway will always be the first woman to run a winning Presidential campaign.

Given the candidate she helped elect, it’s safe to say she won’t be welcome at any “Women’s Marches.”