Mindy Robinson, a conservative actress and girlfriend of former UFC fighter Randy Couture, was banned from posting to Facebook for 30 days after she shared abusive messages she received on the platform. After a Breitbart News request for comment and outreach from fans, Facebook has reversed the suspension.

Conservative actress Mindy Robinson was banned from posting to her Facebook page for 30 days after she posted screenshots of threats and insults she received on the social media platform. Breitbart News spoke directly with Robinson who outlined the situation.

“The page is up, I’m on a 30-day ban from using it though. There is, of course, the looming threat that they will just unpublish the page and I’ll lose all 136k followers,” said Robinson. “Personally I’m tired of getting constant unsolicited threats from ‘tolerant’ liberals. I wanted to show people what they say when they think they can’t be held accountable. I even blocked out his last name so that I wouldn’t be accused of harassment.”

Robinson posted threats she allegedly received from a user named Shane Cohen, in her initial Facebook post, Robinson censored Cohen’s second name. Since then, Cohen has blocked Robinson on Facebook as he receives growing criticism for his messages which can be seen below: 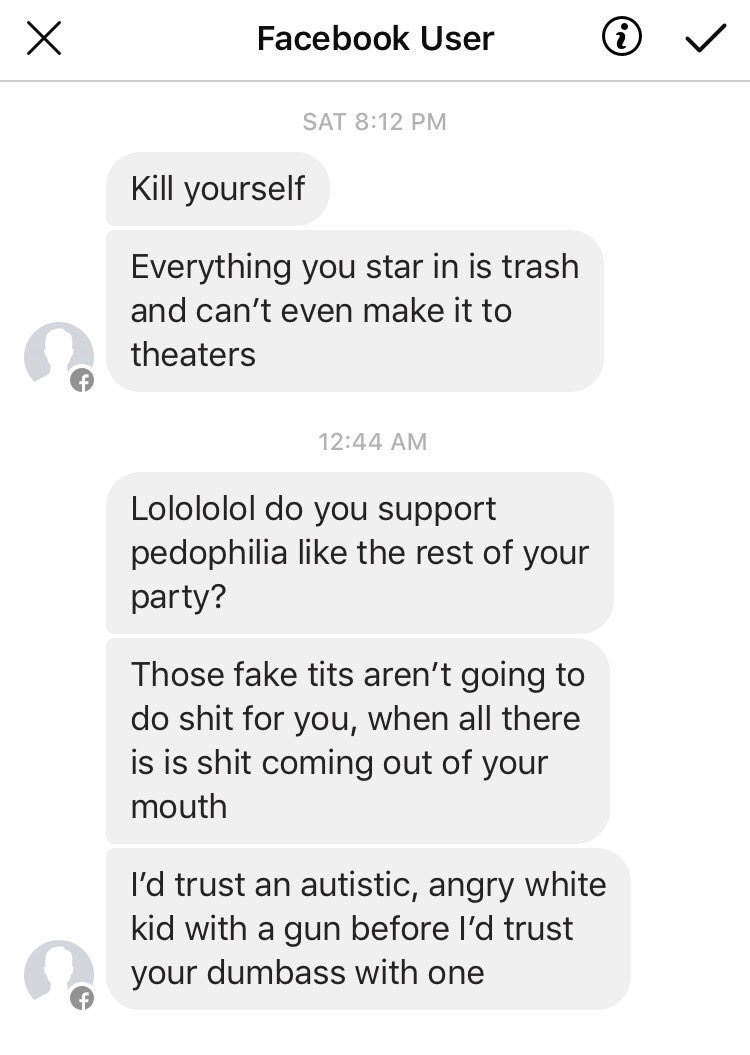 Robinson discussed the possible motivation behind her ban saying, “It just doesn’t make sense how I and so many other conservatives keep getting the ban hammer, while legitimate things that shouldn’t be on FB get to stay. Unless there is a bias going on with those that work for Facebook in charge of checking posts. I was debating on a pro-life post when a woman posted a photo of a bloody miscarriage asking “where the baby was” because she didn’t consider it one. I reported that and Facebook told me that ‘it didn’t go against community standards.'”

Breitbart News received no reply to a request for comment from Facebook but following our outreach to the platform along with emails from Robinson’s fans and other concerned conservatives, the right-wing actress has had her posting rights reinstated. In a post to her page, Robinson stated “Well look at that, there’s absolutely no way this would have happened if you guys hadn’t garnered so much support around me for my malicious Facebook ban. This is proof we cannot be silenced if we stand together…. #MAGA” 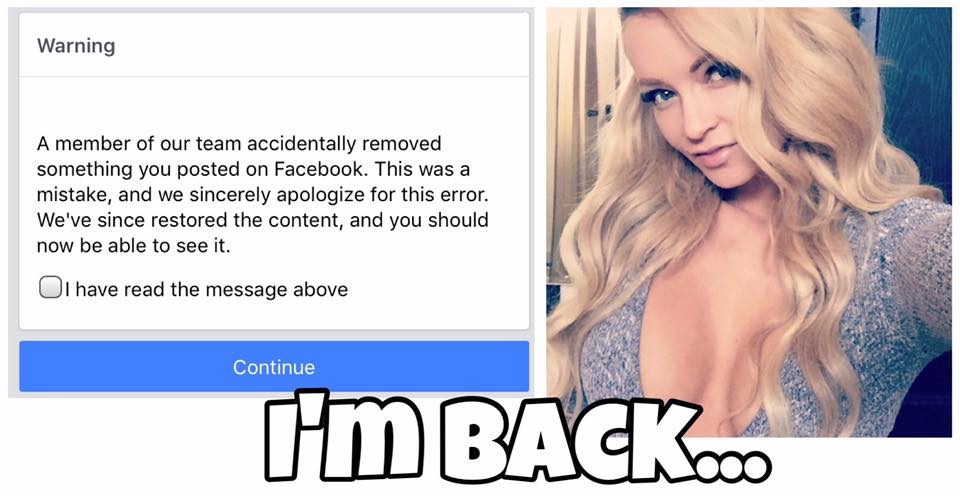 So far there has been no official statement from Facebook but they have quietly reinstated Robinson’s account.

Look who's out of FB jail, and with an apology no less? They cannot silence us if we stick together… pic.twitter.com/CzthcVDhEv