In “The Good Censor”, an 85-page briefing leaked to Breitbart News from inside Google, the company blames a range of user behavior including ‘cyber harassment,’ ‘cyber racism’ and ‘venting’ for eroding ‘utopian’ belief in online free speech.

The briefing identifies “users behaving badly” as one of the reasons for tech companies’ “shift toward censorship.” It can be read in full here.

On pages 25-35, the document runs through a list of “bad behaviors” that Google uses to explain the rise of Silicon Valley censorship. One of the behaviors identified by Google is people simply expressing their feelings.

“When they’re angry, people vent their frustrations. But whereas people used to tell friends and family about bad experiences, the internet now provides a limitless audience for our gripes.” 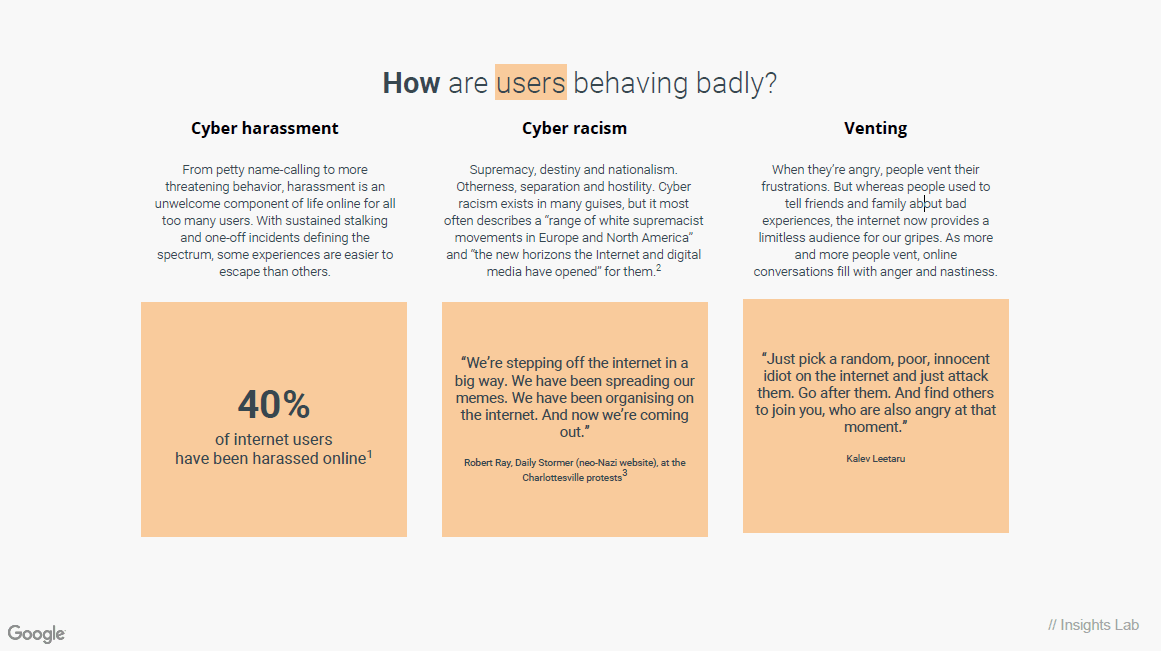 Another example of “users behaving badly” is a tweet by Donald Trump during his 2016 campaign, which accused Google of biasing its search engine to favor Hillary Clinton. This claim was backed up by independent research, but Google’s briefing labels it a “conspiracy theory.”

The briefing also complains about the level playing field created by social media, in which “everything looks like the New York Times.” The briefing warns that “Crummy politicians jump on the confusion to expand their influence.”

The fact that “everyone has a voice” on the net is presented as a problem. 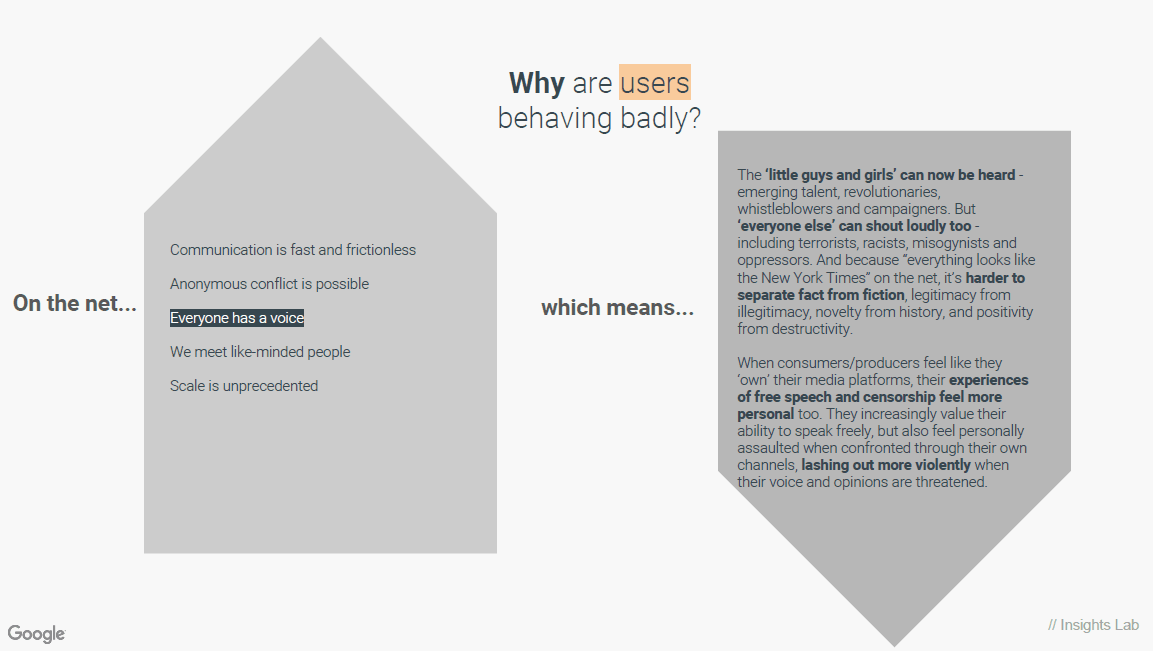 The briefing also warns of the dangers of anonymity, claiming “we’re keener to transgress moral norms” due to the lack of repercussions for speech.

“Although people have long been racist, sexist and hateful in many other ways, they weren’t empowered by the internet to recklessly express their views with abandon.”

The document complains that “minority groups once pushed underground by public opinion of their abhorrent views have discovered a safer space in which to communicate.

Of harassment, Google says: “From petty name-calling to more threatening behavior, harassment is an unwelcome component of life online for all too many users.”