Conservative commentator Jack Posobiec was locked out of his Twitter account on Wednesday evening after he shared a meme based on the bombshell New York Post report about Joe and Hunter Biden that was widely censored by Facebook and Twitter throughout the day.

Breitbart News reported on Wednesday that Twitter censored a story from the New York Post that allegedly revealed that Hunter Biden arranged a meeting between Joe Biden and an adviser to the board of Burisma. Many Twitter users were blocked by the platform when attempting to share the report on Wednesday.

Posobiec was suspended after sharing a meme with photos of Hunter Biden that were sourced directly from the New York Post article. According to screenshots provided by Posobiec, Twitter told him that he would only regain access to his account if he deleted the tweet.

The meme shared by Posobiec shows four pictures of Hunter Biden from the Post report, mockingly listing which social media platform the picture would be appropriate for: 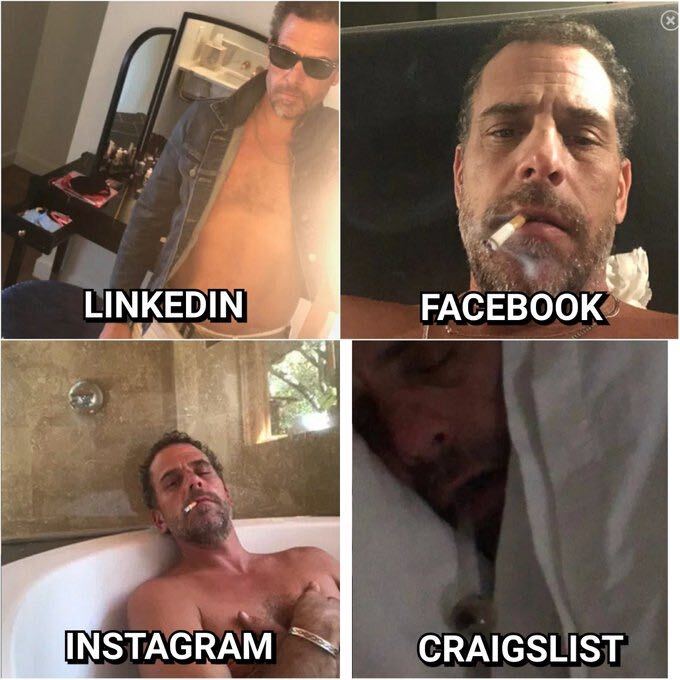 This is a popular meme format on social media. As explained by Known Your Meme, it is referred to as the “Dolly Parton Challenge” due to its origins using pictures of the country music icon.

Posobiec was not the only account temporarily locked over Hunter Biden material. Twitter even went to the extreme of blocking private messages with the article link. On Wednesday evening, the Senate Republicans shared a video of how the Twitter platform blocked sharing of the New York Post report.

Stay tuned to Breitbart News for more updates on this story.