Bokoff, Director of Development at the Disability Rights Fund and the Disability Rights Advocacy Fund, slapped followers on Twitter with an “annual reminder” that “not everyone celebrates Christmas!” and that, moreover, the “default” to the Christian salutation “as a normal greeting” is also “white supremacy culture at work”.

“If someone celebrates [Christmas], by all means. But so many people don’t,” chided the Tufts graduate, who boasts that “I bring anti-racism and intersectional feminism lenses into everything that I do” on her website. 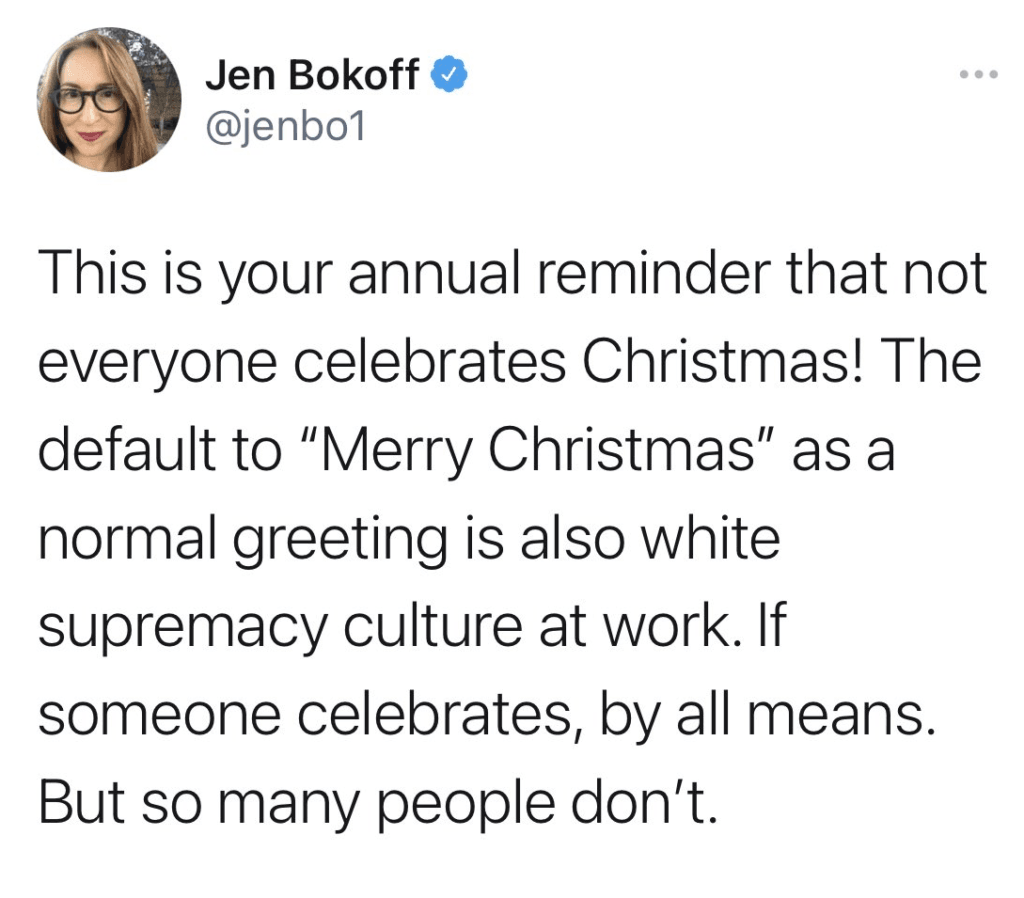 Ms Bokoff’s “annual reminder” was not received with universal appreciation, however, with many social media users, including Trump campaign 2020 Strategic Advisor Boris Epshteyn, taking the opportunity to wish her a playfully enthusiastic “Merry Christmas!”
She was not the only person to take exception to the use of “Merry Christmas” as a universal greeting during the holidays, this year however, with former boxing heavyweight title contender Bryant Jennings topping her by saying non-Christians should not even be subjected to a bloodless “Happy Holidays”, for example.

“To say Merry Christmas or Happy holidays to a Muslim is ignorance, idiocy, and out right [sic] disrespectful,” the 36-year-old pugilist, who once challenged Luis Ortiz and Wladimir Klitschko for major championships, told followers — on grounds that “it’s not a holiday for us”.

U.S. President Donald Trump, who has never been one to shy away from so-called “culture wars” issues, has championed the traditional “Merry Christmas” over “Happy Holidays” from the beginning of his term, declaring that he was “proud to have led the charge against the assault of our cherished and beautiful phrase” in 2017.

People are proud to be saying Merry Christmas again. I am proud to have led the charge against the assault of our cherished and beautiful phrase. MERRY CHRISTMAS!!!!!