“After close review of recent Tweets from the @realDonaldTrump account and the context around them we have permanently suspended the account due to the risk of further incitement of violence,” said Twitter in a statement.

After close review of recent Tweets from the @realDonaldTrump account and the context around them we have permanently suspended the account due to the risk of further incitement of violence.https://t.co/CBpE1I6j8Y 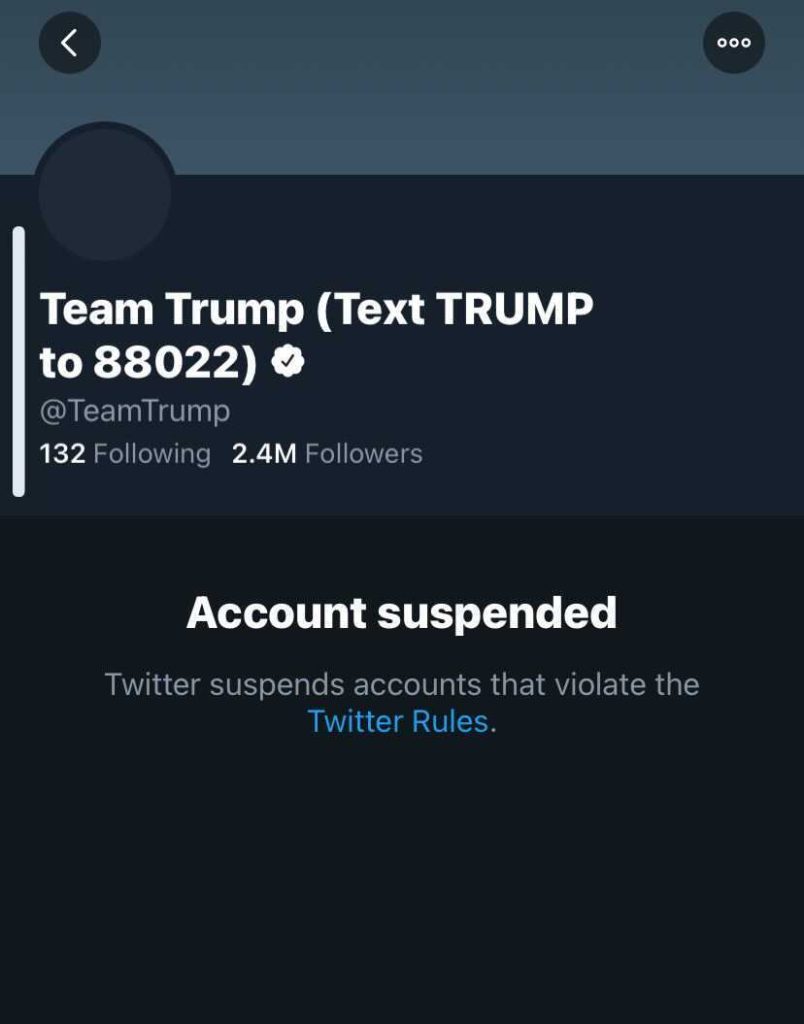 Twitter previously removed a video from the president that called on his supporters to peacefully disperse and respect law an order, which the president posted less than an hour after reports that D.C.’s Capitol Hill was in the process of being stormed.

The president reiterated his condemnation of violence the next day.

This comes after Facebook and Instagram along with other big tech platforms indefinitely suspended the president’s access, cutting off a key line of communication between the president and the citizens of this country.

For more than four years, Breitbart News has reported on the rapidly increasing, undemocratic power of Silicon Valley companies, and their growing determination to interfere in the political affairs of the United States and other countries.

Politicians and commentators from across the political spectrum, including former Democratic presidential candidate Tulsi Gabbard, liberal journalist Glenn Greenwald, and countless conservative lawmakers have warned that this is a threat to freedom of speech and democracy.

Despite having control of the Senate, Congress, and White House from 2016 to 2018, Republicans did not pass any legislation to curtail tech companies’ ability to censor American citizens, elected representatives, government officials, or interfere in the politics of the United States.

Big tech’s legal immunities were even strengthened in the USMCA trade bill, despite a bipartisan effort to block them.

FCC chairman Ajit Pai recently declined to move forward on a proposed rulemaking change to Section 230, the law that allows tech companies to censor with impunity.

Trump is the first head of state to be permanently banned by a major social media platform.

Republican senators have yet to speak out in opposition to Silicon Valley’s silencing of the president in recent days.