Google Ads, by far the dominant player in the online ads market, has blacklisted bongino.com, the website of the popular conservative author and commentator Dan Bongino.

In a tweet, the official Twitter account for bongino.com struck a defiant tone, saying Google’s decision only highlights the need to build a “free speech parallel economy.” 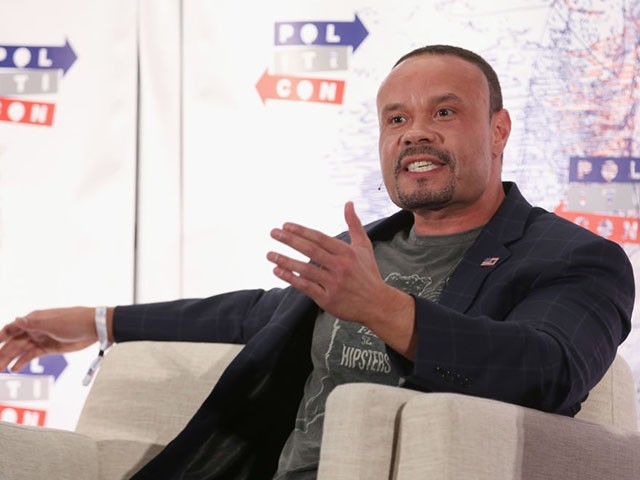 “Good communists can’t control themselves & always succumb to the totalitarian impulse,” said the post. “We deeply appreciate your efforts to try & silence us, it presents the perfect foil for the free speech parallel economy.”

Thank you @adsliaison and @GoogleAds for walking right into it, again! Good communists can’t control themselves & always succumb to the totalitarian impulse. We deeply appreciate your efforts to try & silence us, it presents the perfect foil for the free speech parallel economy.

Google’s decision comes just does after YouTube, the video platform it owns, permanently banned all of Bongino’s channels.

YouTube accused Bongino of attempting to circumvent a ban on one of his channels by uploading content to a second channel. His secondary channel had been suspended by the Google-owned tech company for alleged “COVID-19 misinformation.”

Far-left activists celebrated Google’s decision, but made it clear they would not rest until Bongino is blacklisted by every major tech platform.

“Ball’s in your court now, Facebook,” said Check My Ads, a far-left pressure group that smears conservatives with false allegations of “hate speech” and “disinformation” in order to scare advertisers and tech platforms into cutting ties with them.

For some context, @googleads has just completely demonetized Dan Bongino, a regular figure on @FacebooksTop10 for promoting COVID disinformation.

As Breitbart News reported, by blacklisting Bongino, tech companies are doing more than silencing a conservative voice — they are also silencing a competitor, as Bongino is also an investor in tech platforms that directly compete with them.