A University of Buffalo student described the moment she was “hunted down” by a woke mob of students screaming “no justice, no peace” because she invited Lt. Col. Allen West (Ret.) to campus for a discussion about how “America is not racist,” and “why American values are exceptional.”

“I was hosting Lt. Col. Allen West on campus, he was going to give a speech on how America is not racist, why American values are exceptional,” University of Buffalo student Therese Purcell told Fox & Friends on Monday.

“It got out of hand with the protesters,” the student explained. “They were banging on the walls, they were screaming ‘No peace, no peace,’ which, I took them at face value, that they didn’t want peace as they were trying to get in, and disrupt our meet and greet.” 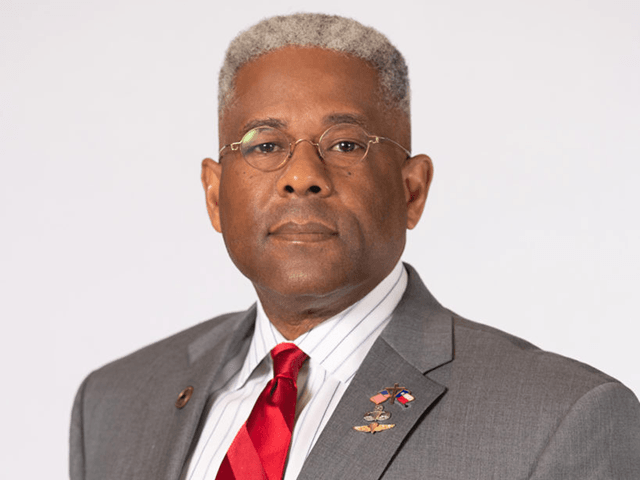 Young America’s Foundation posted a video showing the chaos that unfolded at the event:

Purcell said that hundreds of protesters surrounded them as they were trying to leave the event and that she was eventually separated from the police escort and West.

“I was following Col. West out with our police escort as hundreds of protesters around us were screaming at us, and then I was quickly separated from the police as they protecting Col. West, and the protesters came between me and them, which is when I decided I was just going to turn and walk peacefully back to my car,” she said.

“And then I realized that I was the target for these protesters, and about 200 of my fellow students started hunting me down on campus, started chasing me, screaming, ‘Go get her, go get her, go capture her, get the girl in the red dress,'” the student added.

At that point, Purcell darted away, and managed to turn a corner and hide in a bathroom stall while the protesters continued their search for her, the student said.

“Thankfully they were just a few seconds behind, and while I was in the bathroom I could hear them screaming, ‘Where is she? We need to find her,’ and I called 911,” Purcell said.

The student added that not all of her fellow event co-hosts made it out of the incident unscathed.

“While this was all happening, the mob continued to chase other members of our club, Young Americans for Freedom,” she said. “They physically assaulted one of our e-board members. They kicked him, they punched him.”

“We had an open Q&A during the event, but instead of asking peaceful questions, they decided to resort to violence,” she added.

Purcell also mentioned that she was “afraid for my life,” while trying to evade the woke mob.

The student also pointed out that West’s message at the event “fundamentally challenged” the woke mob’s worldview.

“I don’t think they liked Col. West’s message that he did experience racism, he grew up in 1960s, 1970s in the south, but he overcame that, and he decided not be a victim; not to look at himself as a victim, and that America gave him that equality of opportunity that many other countries don’t,” she said.

“I think people like to see themselves as the victim, and his message fundamentally challenged that,” the student added.