FOX Business’ Hillary Vaughn recently asked Apple CEO Tim Cook whether he supports the rights of Chinese citizens to protest against their communist government’s strict coronavirus policies which are viewed by the Chinese people as unrestrained abuses. 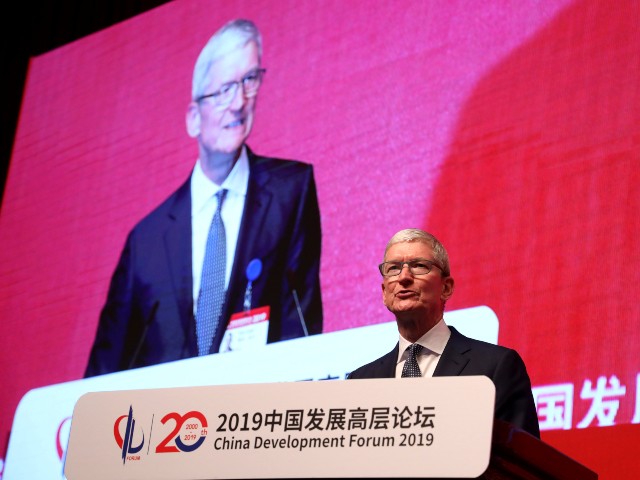 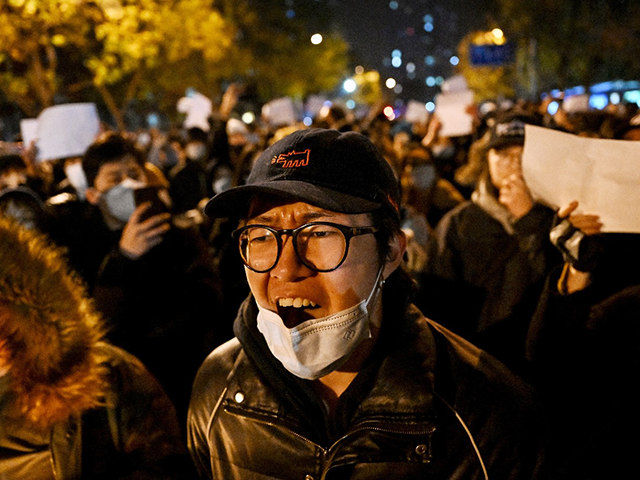 Protesters march along a street during a rally for the victims of a deadly fire as well as a protest against China’s harsh Covid-19 restrictions in Beijing on November 28, 2022. -Noel CELIS / AFP)

“Hi Mr. Cook, do you support the Chinese people’s right to protest?” Vaughn asked. Cook remained silent as he arrived on Capitol Hill in Washington where he has a number of meetings scheduled with lawmakers this week.

Vaughn then asked, “do you have any reaction to the factory workers that were beaten and detained for protesting covid lockdowns?” Cook continued to walk silently. Vaugh continued to ask: “Do you regret restricting AirDrop [Apple’s file-sharing system] access that protestors used to evade surveillance from the Chinese government?” Cook didn’t have any answer regarding his company’s recent restriction of iPhone tools allowing for easy communication by protesters.

“Do you think its problematic to do business with the Communist Chinese Party when they suppress human rights?” Vaugh asked.

The entire time, Cook remain silent and didn’t acknowledge Vaughn or her questions.

Breitbart News has reported heavily on Apple’s ties to China. Last year, Breitbart News reported that Cook signed a deal with China in 2016 worth $275 billion to prevent restrictions on its business in the country. As part of the deal, Apple agreed to help Chinese firms build “the most advanced manufacturing technologies” and invest “many billions of dollars” in the country. The five-year agreement was designed to placate Chinese government officials who felt that Apple was failing to invest enough in the Chinese economy.

Apple has long done its best to placate China, it was reported in May of 2021 that Apple made a number of concessions to the Chinese government in order to continue operations in the country.

Inside, Apple was preparing to store the personal data of its Chinese customers on computer servers run by a state-owned Chinese firm.

Tim Cook, Apple’s chief executive, has said the data is safe. But at the data center in Guiyang, which Apple hoped would be completed by next month, and another in the Inner Mongolia region, Apple has largely ceded control to the Chinese government.

Chinese state employees physically manage the computers. Apple abandoned the encryption technology it used elsewhere after China would not allow it. And the digital keys that unlock information on those computers are stored in the data centers they’re meant to secure.