In a conversation about race, when one immediately thinks of black Americans when one hears food stamps, is not that a clear indicator of prejudice and stereotyping?

If you said yes, then check out the latest column from Salon’s Joan Walsh. Apparently, Joan Walsh believes food stamps are something inherent to black Americans only. When she could have nabbed Gingrich on his remarks yesterday morning about the individual mandate (insane) or his criticism of Rep. Paul Ryan’s goal of reforming entitlements (off-base) she went straw man. 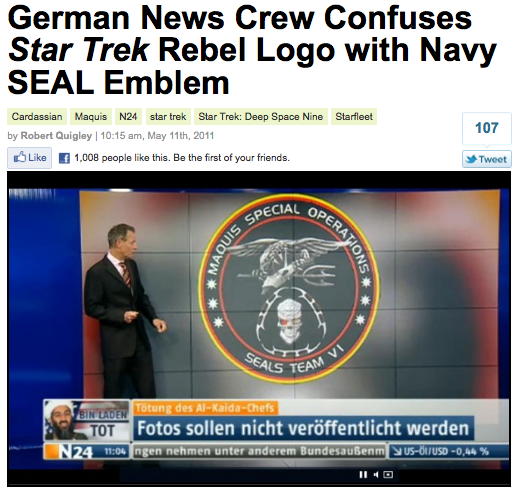 This was Gingrich’s quote to which Walsh took exception:

He was asked about it by David Gregory, who also apparently thinks only black Americans can be on food stamps.

Newt Gingrich doubled down on his clever new slur against President Obama as “the food stamp president.” He tried the line in a Friday speech to the Georgia Republican convention, and he used it again on “Meet the Press Sunday.”

Republicans have done well with their quest to stigmatize social welfare programs as handouts to the undeserving, and to pretend that most of the undeserving are black people.

Unemployment is soaring at nine percent.

The CBO predicted that the US economy will be unsustainable by 2037 on its current path.

The IMF declared two weeks ago that the age of America will end in a decade.

Lastly, according to our own government statistics, more white Americans receive federal aid than black Americans, shattering the stereotype that led Walsh to immediately think “black people” when she heard the words “food stamps.”

Walsh deduced that Gingrich couldn’t possibly be referencing any of this, no, it had to be because he’s being racist. She mentioned Gingrich’s quote last year to the National Review wherein Gingrich repeated Dinesh D’Souza’s analysis that President Obama was influenced by the anti-colonial outlook of his father. Writes D’Souza:

Anticolonialists hold that even when countries secure political independence they remain economically dependent on their former captors. This dependence is called neocolonialism, a term defined by the African statesman Kwame Nkrumah (1909–72) in his book Neocolonialism: The Last Stage of Imperialism. Nkrumah, Ghana’s first president, writes that poor countries may be nominally free, but they continue to be manipulated from abroad by powerful corporate and plutocratic elites. These forces of neocolonialism oppress not only Third World people but also citizens in their own countries. Obviously the solution is to resist and overthrow the oppressors. This was the anticolonial ideology of Barack Obama Sr. and many in his generation, including many of my own relatives in India.

Obama Sr. was an economist, and in 1965 he published an important article in the East Africa Journal called “Problems Facing Our Socialism.” Obama Sr. wasn’t a doctrinaire socialist; rather, he saw state appropriation of wealth as a necessary means to achieve the anticolonial objective of taking resources away from the foreign looters and restoring them to the people of Africa. For Obama Sr. this was an issue of national autonomy. “Is it the African who owns this country? If he does, then why should he not control the economic means of growth in this country?”

Remarkably, President Obama, who knows his father’s history very well, has never mentioned his father’s article. Even more remarkably, there has been virtually no reporting on a document that seems directly relevant to what the junior Obama is doing in the White House.

While the senior Obama called for Africa to free itself from the neocolonial influence of Europe and specifically Britain, he knew when he came to America in 1959 that the global balance of power was shifting. Even then, he recognized what has become a new tenet of anticolonialist ideology: Today’s neocolonial leader is not Europe but America.

Walsh shrugs this off as racist. That D’Souza doesn’t mention race or focus on it at all in his piece and does focus strictly on the economic structure of such beliefs flies right over Walsh’s head. At best, you could grab a straw and cry “birther!” Walsh skips over even that and heads straight for “race.”

Walsh is angry that Gingrich also mentioned Detroit in any relation to President Obama. Gingrich’s remark:

This is racist to Walsh because many black people live in Detroit, she writes.

Walsh is more eager to sacrifice black Americans for blame than those actually responsible: Democrats. Democrats control Detroit and its in shambles. Democrats control NOLA and it’s in shambles and was unprepared for Hurricane Katrina. Look at every Democratically-controlled city from St. Louis to Los Angeles and compare the unemployment rates, etc. to cities where leadership does more for community than party preservation.

That Walsh insists on ignoring this fact and instead subtly assumes everyone is blaming black Americans — on top of implying that food stamps = black Americans — is unconscionable and I hope for her sake (and the sake of David Gregory’s) just a very poorly-worded partisan attack rather than a glimpse at her true feelings on race.