*UPDATE: As of 11:23 p.m. central time Chris’s account was suspended for a SECOND time.

*UPDATE #2: Chris’s account is still suspended. Talking with Twitter, waiting for engineers to respond. Appears to be orchestrated abuse of spam/block by progressives.

*COVERAGE: Human Events joins the chorus, as does Twitchy. The Washington Times joins, so does Newsbusters.

Earlier this evening my husband, Chris Loesch, had his Twitter account suspended. There have been stories going around of conservatives getting suspended from Twitter over innocuous things while accounts like @KillZimmerman (an account which threatened to kill George Zimmerman) and other such accounts were left active for weeks. After a user remarked about me being raped and murdered, Chris and others defended me. 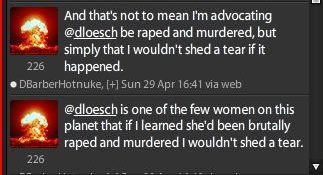 I’m used to it, it’s part of the territory of doing what I do, enduring hate like this daily. Unfortunately, some progressives disliked that Chris pushed back against it as well. His account was suspended, yet this individual’s account, and the account of those who say far worse to me and others, are left alone. This is the only explanation we received: 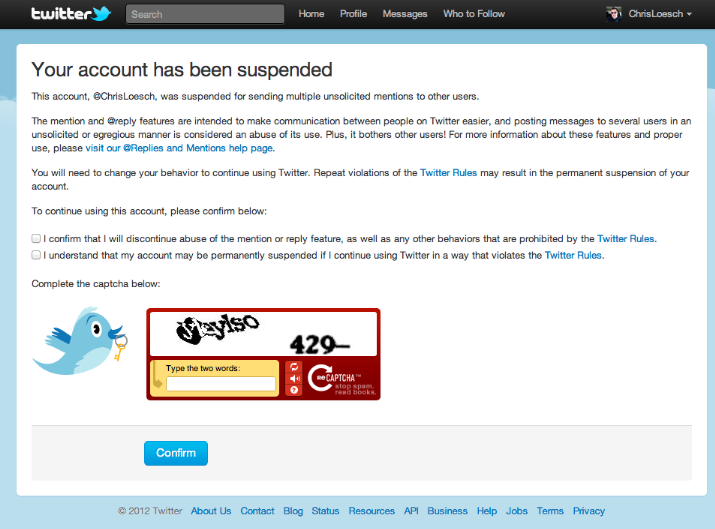 I can only assume that either someone suspended it, or (and more likely) progressives targeted Chris’s account, reported him, and got him suspended.

Either way, conservatives didn’t react to kindly and launched a Twitter campaign the likes of which I haven’t seen since Wonkette and Trig Palin. #FreeChrisLoesch trended third worldwide. 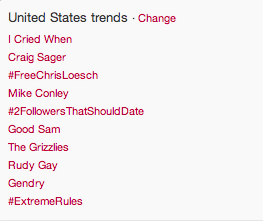 In about an hour, after a massive push on Twitter from mobilized conservatives, his account was reinstated.

Speech is speech and is valuable, regardless whether or not you agree with its political intent. Unfortunately, those who claim to care about it the most are the biggest abusers of suppressing it.

I’ll update if I hear any explanations of what happened. Many thanks to those who acted.

*Lee Stranahan made a video of what a trending topic looks like: