This has been a good week for those of us at war with the media. Late last week, many of the same elite media members who attempt to falsely link conservatives to every imaginable tragedy (most notably, Sarah Palin), found their own names approvingly mentioned in a suspected mass-murderer’s manifesto. And then, just this morning, Washington Post contributor Suzi Parker (that’s her photo below — isn’t she precious? — is Rachel Maddow missing a pair of “smart girl” glasses?) made a very public spectacle of herself. 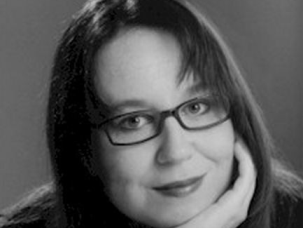 In a blog post snarkily titled “Sarah Palin’s plan to reach ‘millions of devoutly religious people’ through al-Jazeera,” Parker used the Web pages of the once-legendary Washington Post to spread the incredible news that Palin had joined Al-Jazeera. This news was then used by Parker as the basis for a piece of left-wing smuggery that ripped Palin for being so desperate to stay relevant.

There was only one problem: The story of Palin joining Al-Jazeera is, duh, 100% false. Parker fell for an “Onion”-style satire published at the parody website The Daily Currant.

There is one bright side for the Post. Imagine the blowback had Parker found the Currant’s “big scoop” about Jerry Sandusky being considered for Pope even bigger news.

But never one to let facts get in the way of a good Narrative, the “we-meant-to-do-that” Post merely added a correction, changed the headline to “Sarah Palin tries to stay relevant,” scrubbed the Al-Jazeera references (the original post can be read here), and still ripped Palin for, uhm, being so desperate to stay relevant.

If Parker had a shred of self-awareness, integrity, and dignity, she would have changed the headline to “Too Good To Check,” and under it posted an essay about how shallow, smug, bitterly angry partisanship can blind you to common sense.

But that would require having a soul to search.

Palin, never shy about giving as good as she gets, responded to the Post today via Twitter:

A @washingtonpost writer once promised not to write about me for a month. That was a good month for me. #idiotmedia

Hey @washingtonpost, I’m having coffee with Elvis this week. He works at the Mocha Moose in Wasilla. #suziparkerscoops #idiotmedia

As far as Palin’s relevance… Let’s revisit that during the 2014 midterms, shall we?

But for now, how’s this for proof of the Governor’s relevance: A full four years after the end of the 2008 presidential campaign, a mother of five, living in a place called Wasilla, still drives members of the elite media so crazy that the blindness of their hate overwhelms common sense to a such point that they turn into public laughingstocks overnight.

Oh, and Suzi, if you’re reading this…

Or, Smart Girl, are you talking about a rod that magically makes things lighter?