In that classic tale of ambition and treachery which won six Oscars, an ambitious Broadway wannabe, Eve Harrington, played by Anne Baxter, connives to push aside and replace an established star, Margo Channing, played by the legendary Bette Davis.

In the film, Eve is described, cuttingly and accurately, as having “contempt for humanity… [an] inability to love and be loved, insatiable ambition,” and, yes, “talent.”

So what does that have to do, you might be asking, with Megyn Kelly?

Kelly, working at Fox News since 2004, first attracted real attention in 2010, when she was photographed in GQ magazine in a risqué nightgown and sexy poses, better suited for a Victoria’s Secret model than a journalist. The photo shoot raised eyebrows at the time, and, for a while, Kelly was notably buttoned up on the air.

Yet six years later, in 2016, looking back at the incident, Kelly told People magazine that she had no regrets: “I wouldn’t have done it if I thought it was something to be ashamed about.”

Indeed, just a few months after that, during the Cleveland Republican convention, in the midst of the controversy that led to Roger Ailes’ ouster from the channel he created, Kelly sported another daring outfit that Breitbart’s Alex Swoyer described as “low cut, spaghetti-strap top… resembling a bikini.” The reaction in the Twitterverse was brutal: “Megyn Kelly’s outfit s ridiculously unprofessional. So disappointing.” The reaction in the trade magazines was equally harsh: Under the headline, “Megyn Kelly Ripped for Baring Flesh During Convention Coverage,” The Wrap quoted one observer declaring that she “looks like she’s working for an escort service.”

So what do we make of this? Kelly seems to want it both ways: She wants to be a big-time news anchor and CAA-repped “talent.” It’s a free country , but one can observe that most serious news consumers care about tone as well as content–gravitas, not celebrity. They want serious matters presented in a serious manner–by serious people.

Of course, the moment that really vaulted Kelly into the stratosphere came during the first Republican debate, on August 6, 2015. As we all remember, that was when Kelly asked Donald Trump a hard-edged question about his past comments about various women.

Trump reacted angrily, feeling that he had been ambushed, singled out for especially harsh treatment. But in fact, in the course of the evening, Kelly proved that she had it in for all the Republican candidates. And Breitbart was on it: Five days after the debate, on August 11, 2015, editor-in-chief Alexander Marlow and I co-authored a piece titled, “The Arrogance of Power: Megyn Kelly’s ‘Good Journalism.’” We’re still proud of that piece, because we carefully chronicled all of Kelly’s questions to all the GOP candidates that night, noting that they were consistently nasty beanballs—of the type that, say, CBS would ask. And so we concluded, if the test of “good journalism” for an interviewer is “questions designed to elicit informational responses that will be helpful to viewers,” well, then, she flunked. As we wrote, “Kelly failed in her duties on Thursday night.”

Others here at Breitbart also weighed in. For example, Matthew Boyle observed that, ironically enough, Trump had emerged from the exchange as the victor, because Kelly let her biases show—and what Republican doesn’t win in a shootout with the MSM? Meanwhile, Boyle continued, Kelly had hurt herself: “She’s exposed as having a point of view, rather than being a purely impartial arbiter of news.”

Of course, the MSM loved that Kelly had become the Anti-Trump. And as a result, she was lionized in seemingly every magazine, including such fashionista pubs as Vogue and More.

And thus did Kelly begin the next phase of her Eve Harrington-like ascent. Here at Breitbart, we caught that too. As Daniel Nussbaum reported in April, “She may not be at Fox News much longer.”

Yet at the same time, we couldn’t escape the feeling that Kelly was overrated: Yes, she is poised and attractive, but at the same time, she comes across as cold and calculating. So we weren’t surprised when Kelly solicited a meeting with Trump in April, mostly so that she could pitch him on participating in her upcoming primetime special on the Fox broadcast network. Trump agreed, evidently bemused by Kelly’s upfront ambition; as he quipped, because he had “helped” in making her into a phenom, she should give him “half her salary.”

Unfortunately for Kelly, despite a massive PR blitz, her special was a fizzle.

Of course, Megyn was still on the move. In the wake of the controversy that felled Roger Ailes—a controversy in which Megyn actively undermined the man who had given her such a bright career—Kelly didn’t seem to care that she had disrupted the one TV network that tens of millions of Americans trust. As Breitbart’s Boyle reported on July 19, as many as 50 Fox hosts and contributors are prepared to quit, either in protest of the Ailes departure, or to seek better opportunities in this new media environment, in which Fox’s status seems likely to erode. And on the same day, just a few hours later, Boyle followed up with another story, aptly headlined, “Megyn Against the World at Fox.”

Some have attacked Boyle’s reporting, but in fact, it’s still early in the next chapter of the story, the story of Fox, post-Roger Ailes. In the meantime, it’s clear that something is going on. The New York Times headlined its story on July 27, “A Stony Silence at Fox News After Ailes’s Departure.” The Times focused on the all-important issue of personal interaction among Fox’s marquee names. Such interaction is, after all, the essence of the “chemistry” that makes a program enticing to viewers. As they say in TV, Nobody likes to watch a feud between people who don’t like each other. And so these words from the Times ought to be setting off alarm bells at Fox HQ:

Megyn Kelly and her co-hosts, including Bret Baier and Brit Hume, have not been speaking during commercial breaks, according to two people with direct knowledge of the anchors’ interactions, who described the on-set atmosphere at Fox News as icy.

We might note, almost unnecessarily, that “icy” is the opposite of good chemistry.

So yeah, we’ve been following Kelly for a while, because blonde ambition is an old story—one that goes back a lot further than Eve Harrington. Indeed, movie buffs might recall that at the end of All About Eve, the title character confronts an even younger woman, who, of course, intends to replace her. (For those interested, the entire Breitbart archive on Kelly can be found here.) 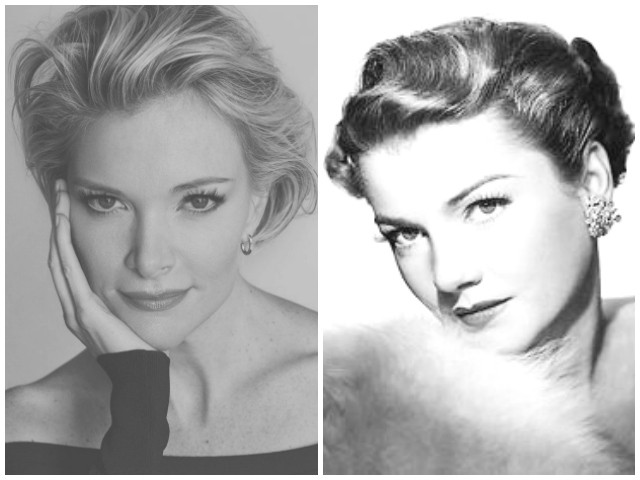 Meanwhile, the rumor mill is buzzing: On July 28, Hollywoodlife.com, operated by Bonnie Fuller, a well-connected entertainment veteran, blared this screaming headline: “Megyn Kelly: Bill O’Reilly Wants Her Out At Fox After Her Sexual Harassment Claim.”

Using the capitalization so favored by tabloids, the story declared: “Big Bill wants her OUT at FOX after her claims that former Chairman and CEO Roger Ailes sexually harassed her, HollywoodLife.com has EXCLUSIVELY learned.”

Not every tabloid story is true, of course, but as we have learned, the tabs often have a better batting average than the MSM.

For her part, whether or not O’Reilly is a factor, Kelly seems to intent moving on; Fox, it seems, was just a stepping stone for her. And that stuff about “fair and balanced”? You know, the watchwords which most journalists at Fox strive to live by? Well, we’ll have to see.

Such cynical thoughts came to mind as I read that Kelly was making the scene at CNN at the Democratic convention in Philadelphia. Under the headline, “Megyn Kelly Steps Out,” Politico reported on just how at home she felt:

The Fox News star rolled into the CNN Grill with Dana Perino and at least three bodyguards during last night’s DNC festivities. The pair mostly kept to themselves, save for chatting with CNN’s Anderson Cooper, Don Lemon and Jeff Zucker. Kelly was nursing what appeared to be a mixed drink and Perino a glass of wine. There were some selfies with fans and even an official shot from an event photographer. One guest was overheard talking to Kelly about looking for a job. “I might need one soon as well,” Kelly joked.

Ha ha. Yes, that’s a good joke about jobs: “I might need one soon.” But in fact, discussion of next jobs is an extremely touchy subject in television. Why? Because under the terms of most TV contracts, talent is forbidden to entertain any discussion of other employment, except for a narrowly defined window of time—typically a month before the contract expires. From a business point of view, this “window” provision makes good sense; otherwise, poaching would be a nonstop subject of discussion and gossip, thereby distracting both performers and viewers.  And yet here’s Kelly, schmoozing with no less than Jeff Zucker, the president of CNN.

So did she just violate the terms of her contract? And if so, what will Fox do about it? Stay tuned. One thing, though, is for sure: No man is going to tell Megyn Kelly what to do—none would dare.

In the meantime, we should “fasten our seatbelts; it’s going to be a bumpy” ride as “Eve” Kelly continues her insatiable ascent.