Matt Drudge, founder of the Drudge Report, one of the world’s most trafficked news organizations, “warned” his nearly 400,000 twitter followers that Clinton Cash was one of the “scariest movies” he’s ever watched.

Drudge’s tweet on Thursday is remarkably distinct, as it is one of only a few.

He used this rare post to tweet out a link to a YouTube page for Clinton Cash, the explosive documentary film that exposes the Clinton Foundation’s worldwide nexus of corruption and influence peddling.

Drudge’s tweet also featured a meticulously detailed infographic, charting, according to Radar Online, “How the career politicians made $110 million and pulled in much more to the Clinton Foundation, who paid for their over-the-top lifestyle, and how foreign entities might have benefited!” 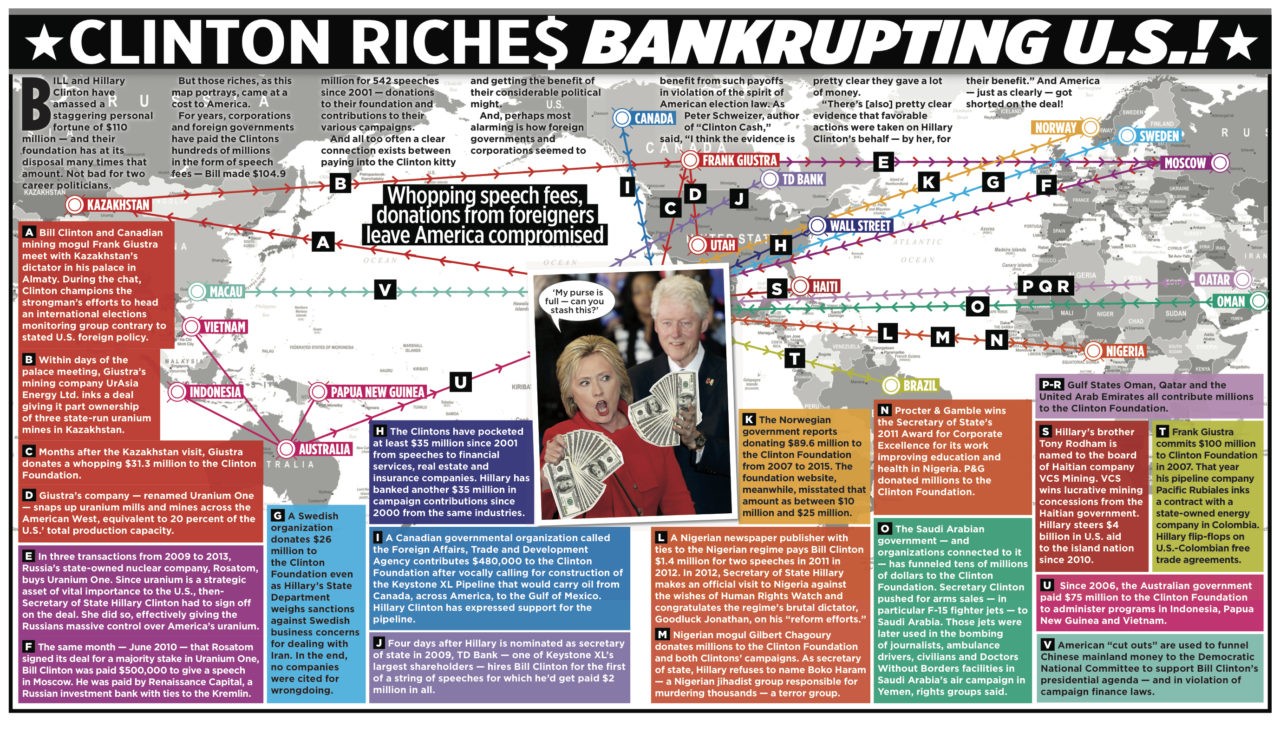 To date, Clinton Cash, has been viewed online more than three and a half million times.