In a bizarre essay on Thursday, the New Yorker offers seven signs that “your man’s masculinity is non-toxic,” including the fact that he promotes women in the workplace, drinks white wine, and cries during Pixar movies.

The essay, co-written by Karen Chee and Jason Adam Katzenstein, says the first sign that a man possesses non-toxic masculinity is he “carries a tote bag that’s at once pro-environment, pro-feminism, and pro-reading.”

One must assume a gym bag containing sneakers, a sandwich, and a copy of Sports Illustrated is definitely verboten: 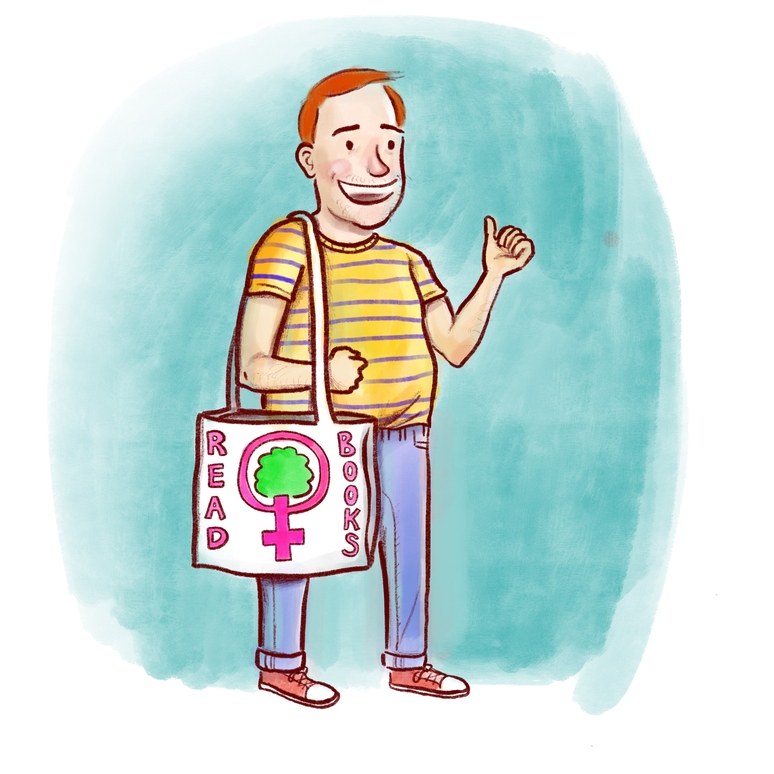 The non-toxic masculine man “strictly follows all traffic laws when he plays Grand Theft Auto,” the authors note. “His Sims world is a matriarchy. He does not have a Twitter account.”

“He laughs calmly when called a cuck. He laughs loudly when women are funny. He does not laugh when men are not,” the authors admonish.

Such a man “openly cries during Pixar movies—even the parts that aren’t sad, just beautiful.”

The essay is meant to be humorous but also to contain grains of truth, readers are led to understand, which has resulted in certain comments about blurred lines separating satire from seriousness.

To read the hand-illustrated piece as straightforward advice raises inevitable questions about how masculinity—if such a term is still acceptable—is to be understood in post-modern America.

One possible conclusion is that non-toxic masculinity is only possessed by gay men and metrosexuals.

Another is that the only “non-toxic” form of masculinity is femininity.

Either way, John Wayne is clearly a persona non grata, at least in the New Yorker world.