When good news is cast aside to make room for the sensational, how well is the public served by an industry that purports to bring its audience the news of the day? The answer is not well, of course. But what if that news is censored because it’s good news?

In the case of Donald Trump, the media just aren’t going to report news as good news – period. It just doesn’t matter how many successes he’s racked up in just two years. The list is endless and awesome.

In October 2018, the White House released a list of 289 accomplishments in its first 20 months alone. Most victories had conservatives fist-pumping while leftists and Swamp monsters recoiled in horror. They deserved coverage, and if they were offset by the Democrats’ opposition, that would be appropriate. Here’s but a sampling, (with the prerequisite spin removed where necessary). 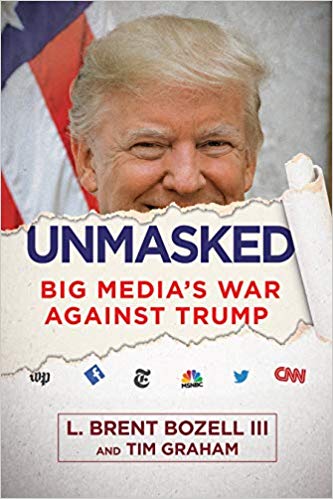 — 3.9 million Americans off of food stamps since the elections

— 22 deregulatory actions for every new regulation

— Moved the American embassy from Tel Aviv to Jerusalem

There are political considerations in that list and liberals can have honest disagreements as to the “accomplishments” notation.

On the other hand, there were some accomplishments on that list that only an anti-American could dispute as such. They not only were positive news for the country, but positive in a profound way. Republicans can only pray that Democrats might be foolish enough to challenge these as successes. To dispute them publicly would be political suicide. Look at just a handful of them of the dozens upon dozens that fall in this category:

— 4 million new jobs since the elections

— Unemployment for women at the lowest levels in 65 years

Most examples from the White House accomplishment list dealt with the economy, and for good reason: The Trump administration’s economic policies have reversed the Obama malaise and shattered the idea of a flat-lined economy as the “new normal” for this country.

The economy has been a central issue in campaigns since forever. “It’s the economy, stupid.” What constitutes success in economic matters is a matter of spin with the press, however. Liberal elites thought Obama’s 1.9% growth was not just commendable but evidence that their economic calculations were somehow bearing fruit and said so with enthusiasm. They also were convinced President Trump would destroy their economic nothingburger, and said so in no uncertain terms. Economist Stephen Moore had a field day rounding up some of the more entertaining predictions that already looked very wrong at the end of Year One.

– A month before the election, a Washington Post staff editorial: “A President Trump could destroy the world economy.” Trump’s protectionist impulses “not only would undo the work of generations and lower the United States’ standing among the nations; it also would license other nations to conduct themselves just as selfishly. The disruption to market confidence could breed economic damage in excess of any transitory benefits.”

– On MSNBC’s Morning Joe, economic guru Steve Rattner: “If the unlikely event happens and Trump wins you will see a market crash of historic proportions, I think. … The markets are terrified of him.”

– From Politico, “Economists: A Trump win would tank the markets… financial markets strongly prefer a Hillary Clinton presidency.” Dartmouth College economist genius Eric Zitzewitz: “You saw Clinton win the first debate and her odds jumped and stocks moved right along with it. Should Trump somehow manage to win you could see major Brexit-style selling.”

– But our favorite prediction comes yet again from the gift that never ceases giving, New York Times columnist Paul Krugman. Has this man ever gotten anything right? How many times have we heard him predict the end of the world should a conservative even contemplate something – horrors – fiscally sound? He foresaw end times on election night. “It really does now look like President Donald J. Trump, and markets are plunging. When might we expect them to recover? If the question is when markets will recover, a first-pass answer is never.”

Good Lord, was this man depressed: “So we are very probably looking at a global recession, with no end in sight. I suppose we could get lucky somehow. But on economics, as on everything else, a terrible thing has just happened.”

The Boston Globe despised the Trump agenda so ardently that on April 9, 2016 it published an entirely fake-news satirical front page dated one year later, imagining the nightmare of a President Trump. One fake story was headlined “U.S. Soldiers Refuse Orders to Kill ISIS Families.” In another satirical story, Trump offended the Chinese first lady by naming his new dog after her. Another predicted, “Markets Sink as Trade War Looms.” (the chart attached to it showed the Dow Jones at 9,912. On the actual date of April 9, 2017, it was over almost a thousand points higher. Oops.)

No one in his right mind can deny the economy’s boomed since Trump took office. It’s been profound. “It’s the economy stupid.” The [touch points] should garner greater coverage, no? So let’s take a look at how Trump’s economy was covered by the networks.

The Bureau of Economic Analysis announced on October 26, 2018 that the economy grew by 3.5 percent in the third quarter. Compare that to the BEA number under Obama for the year 2016: 1.6 percent. To its credit, The New York Times reported that 3.5 percent was “keeping it on track for the best annual performance since 2005.” Newsworthy? ABC, CBS, and NBC skipped this story entirely.

The three networks all noted the 2018 second-quarter growth of 4.1 percent (later revised upward to 4.2), but CBS found an economist who called it “a bit of a mirage.” To be sure, the first quarter of 2018 showed only a 2.3 percent growth, but it was clearly better than the “experts” had predicted. The networks took a pass on that.

The same thing has happened with positive employment/unemployment news. On the first Friday of each month, the Bureau of Labor Statistics announces the number of jobs added to the economy and the unemployment rate. Had it been negative news, you can bet they would have covered it, month after month. But month after month the numbers only improving but the good news was no news: The total combined evening-news coverage on those Fridays in 2017 was just over 20 minutes, or roughly 60 times less than the Russian obsession.

Twenty-one months into the Trump era, unemployment dropped from 4.8 percent to 3.7 percent – the lowest rate since December 1969. But it wasn’t just the rate. The raw number of employed Americans reached records, repeatedly. In October 2018, it had hit more than 156.5 million. The economy added 434,000 manufacturing jobs in these months.

Better still, the historic employment trends spread across pretty much every demographic, with record-low unemployment for women, blacks, Latinos, Asians, and youth. Millennial snowflakes would probably quit their new jobs if they knew Trump was responsible for them. After all that talk about Trump being a threat to women, blacks and Latinos, these economic reports showed otherwise.

That was in 2017. The trend continued in 2018, but Trump would be lucky if they stayed on an unemployment report for more than 20 seconds. On October 9, 2018, came the news the unemployment had now dropped to the lowest levels in almost 50 years. The Big Three networks combined for exactly one minute of coverage. NBC gave it 18 seconds…. and then awarded over 2 minutes on – we’re not making this up – the breaking “news” that Saturday Night Live cast member Kenan Thompson has been on the NBC show for 16 years.

What about the stock market? It also took off like a rocket.

So the networks routinely ignored it.

Ah, but how they found it newsworthy when the market went down! On May 7, 2017, NBC’s Lester Holt opened the show warning “Market plunge! Jitters on Wall Street! Is the so-called Trump bump over?” He brought on MSNBC host Stephanie Ruhle to say the good economy and Trump’s agenda were kaput. “Think about the Trump rally. This was based on President Trump’s pro-business policy promises – tax reform, infrastructure spending, deregulation. And where are they? They’re hanging in the back. Right now all focus is on Russia. As you said, the special prosecutor has been named. We’re not talking about that agenda anymore.” But that was because his network, and their allies on the others, had deliberately chosen to take that course!

CBS briefly conceded, “This is now the second longest bull market on record,” and moved on. NBC’s Jo Ling Kent reported the news, noting the markets like the Trump tax cut, but found a way to give it a negative spin! “The stock market doesn’t tell the whole economic story. Only half of American households own stock.” A man on street added “I think it’s the people that are driving the economy. I don’t think it’s as much of the political game as they like to take credit for.”

ABC reported absolutely nothing on the stock-market record. Instead, anchor David Muir was touting Michael Wolff’s trashy book: “Steve Bannon turning on the President and his family, saying Don Jr.’s meeting in Trump Tower was treasonous.” On the next night, David Wright had a whole story on Russia and the Wolff book – and then quoted Trump (talking about the market being “up very, very big”) as trying to change the subject from what really mattered.

Russia speculation was “news.” Actual financial facts were a distraction.

Throughout 2018 it was wash, rinse and repeat. The networks continued to jump on losses and pass on gains. The networks shows pounced on the “major selloff” and “meltdown” on October 10 and 11. One week before the Dow had set an all-time record high – the 15th record high of 2018. The Dow closed at 26,828.39, after rising five sessions in a row. They all skipped it.

L. Brent Bozell III is Founder and President of the Media Research Center and runs the largest media watchdog organization in America, with over 800,000 members nationwide, and over 12 million combined on Facebook.

Tim Graham is Executive Editor of NewsBusters.org and is the Media Research Center’s Director of Media Analysis.