Western media commemorated former Chinese dictator Jiang Zemin, who died of alleged leukemia on Wednesday at the age of 96, as a reformer and visionary with an affinity for the Western world, while skimming past his role as the leader who buried the atrocities of Tiananmen Square and oversaw brutal crackdowns like the oppression of the Falun Gong movement.

The New York Times (NYT) briefly mentioned Tiananmen Square as a little bump Jiang helped Communist China get past, devoting most of its lengthy obituary to gushing praise for his intelligence, style, and steady hand on the rudder during “the golden age of China’s embrace of globalization”:

Mr. Jiang was president of China for a decade from 1993. In the eyes of many foreign politicians, Mr. Jiang was the garrulous, disarming exception to the mold of stiff, unsmiling Chinese leaders. He was the Communist who would quote Lincoln, proclaim his love for Hollywood films and burst into songs like “Love Me Tender.”

Less enthralled Chinese called him a “flowerpot,” likening him to a frivolous ornament, and mocking his quirky vanities. In his later years young fans celebrated him, tongue-in-cheek, with the nickname “toad.” But Mr. Jiang’s unexpected rise and quirks led others to underestimate him, and over 13 years as Communist Party general secretary he matured into a wily politician who vanquished a succession of rivals.

Mr. Jiang’s stewardship of the capitalist transformation that had begun under Deng Xiaoping was one of his signal accomplishments. He also amassed political influence that endured long past his formal retirement, giving him a big say behind the scenes in picking the current president, Xi Jinping.

The closest the NYT came to staining Jiang’s legacy with the blood of the Tiananmen dead was mentioning that he came to power as “the man party elders plucked out of relative obscurity in 1989 when they were preparing to order the armed suppression of student protests based in Tiananmen Square.”

Party elders were eager to get rid of Communist Party chief Zhao Ziyang, who was reluctant to crush those students under tank treads. They went with Jiang because he ostensibly “tamed student protests without bloodshed” as Party boss in Shanghai. 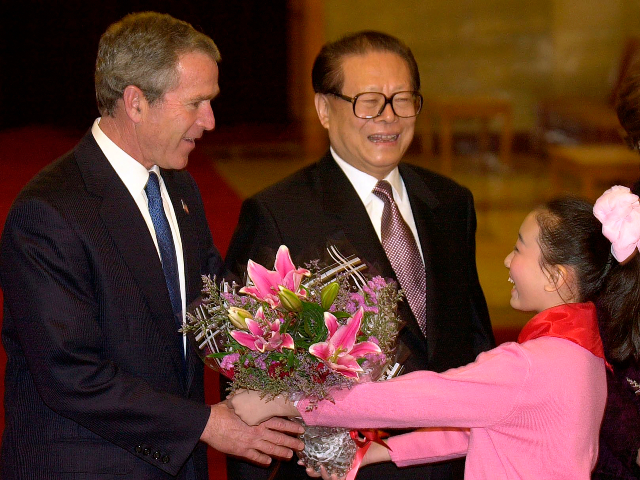 Like the NYT, CNN decided not to dwell on all that brutal suppression of democracy-seeking student protesters, although both outlets noted the kismet of Jiang dying just as China becomes embroiled in an uprising that rivals the Tiananmen movement – and could be a real threat to the regime, as today’s anti-lockdown protesters are remarkably forward about demanding the resignation of Jiang’s tasty pick as modern-day successor, Xi Jinping.

“The announcement of Jiang’s passing was met with an outpouring of reminiscence on China’s tightly controlled social media, with many mourning the former leader – and a bygone era when China was perceived to be freer and more open to the world,” CNN reported, inadvertently offering a sad post-mortem on how globalism’s promise of liberalization through engagement panned out.

CNN hailed Jiang for “successfully integrating China into the international community after the nation was shunned by the West following the 1989 Tiananmen Square massacre” and for getting China into the World Trade Organization (WTO) – a move described by analysts as the key moment in China’s rise to world-beating authoritarian superpower.

The Associated Press (AP) remembered Jiang as the man who “led China out of isolation after the army crushed the Tiananmen Square pro-democracy protests in 1989 and supported economic reforms that led to a decade of explosive growth.”

After that lead, the AP was quicker than other sources to remember Jiang the oppressor, but made only a brief mention of his authoritarian abuses, saving the details of the Falun Gong crackdown for about 20 paragraphs later:

Even as China opened to the outside, Jiang’s government stamped out dissent. It jailed human rights, labor and pro-democracy activists and banned the Falun Gong spiritual movement, which the ruling party saw as a threat to its monopoly on power.

The BBC lauded Jiang for presiding “over a time when China opened up on a vast scale and saw high-speed growth,” spent a while describing the loving tributes to the former dictator pouring from China’s totalitarian state media, and then briefly mentioned how he “crushed internal dissent while pursuing a hardline stance on Taiwan” and launched a “heavy-handed crackdown on the religious sect Falun Gong in 1999.”

To its credit, the BBC quoted one of the surviving Tiananmen Square student leaders, Wang Dan, who thought the fond worldwide toasts to Jiang the reformer were coming from people who “do not understand history.”

Wang said the truth is that Jiang was just “a typical political opportunist.”

“Jiang Zemin appeared to be open-minded, but in fact he tried to change back to a planned economy from 1989 to 1992, but was stopped by Deng Xiaoping,” Wang said, referring to the Chinese leader who launched the program of economic modernization in the 1980s.

“It is understandable to say that Jiang Zemin is good. First, compared with Xi Jinping, it is indeed much better,” Wang later mused, in a fine example of damning with faint praise.

“The 1980s were really the best decade, but the [Chinese Communist Party] kept silent about that decade, which made it impossible for people under the age of 30 to compare,” he said. 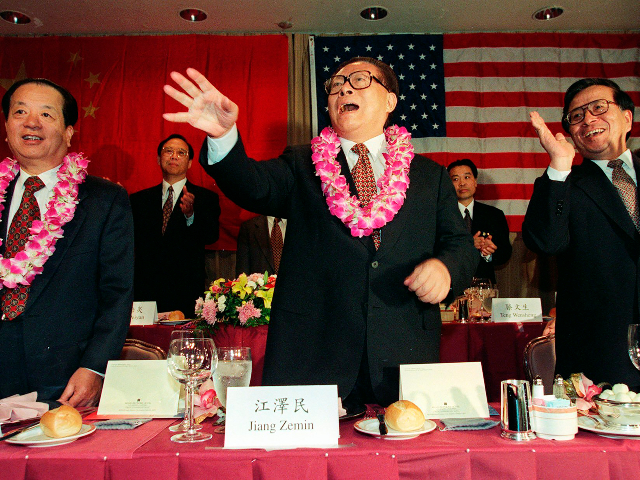 Deutsche Welle (DW) saw things Wang’s way, headlining its obituary with the observation that Jiang owed his “rise to the top” to the Tiananmen massacre and his suppression of the Chinese democracy movement.

DW quoted both Chinese and Western historians who said Jiang’s great innovation was allowing businessmen and entrepreneurs, traditionally viewed as capitalist “enemies,” to join the Chinese Communist Party. In other words, he invented Chinese fascism, and it has become a depressingly popular model for politically controlled, Party-aligned pseudo-capitalism far beyond China’s borders.

Jiang Zemin was indisputably an important figure in China’s evolution to the world-threatening, democracy-destroying, corrupting menace it has become today. Praising him as a reformer who happened to break a few skulls along the way is one perspective. A more accurate view is to hold him accountable as the leader that helped Beijing get away with the savagery of Tiananmen Square and become dangerously rich and influential around the world, with a good deal of help from opportunistic Westerners who should have known better.