DETROIT, Michigan — Rep. Rashida Tlaib (D-MI) refused to answer questions about conditions in Baltimore, despite the fact that Democrats have rallied around the city to oppose President Donald Trump’s criticisms.

Tlaib was addressing reporters at a protest near the venue for the second Democratic debate, which is being hosted by CNN at the Fox Theatre in downtown Detroit on Tuesday and Wednesday evenings. The theatre is within the boundaries of Rep. Tlaib’s 13th congressional district.

Tlaib was participating in a “tax the rich” protest, complete with an inflatable chicken with a Trump hairstyle. 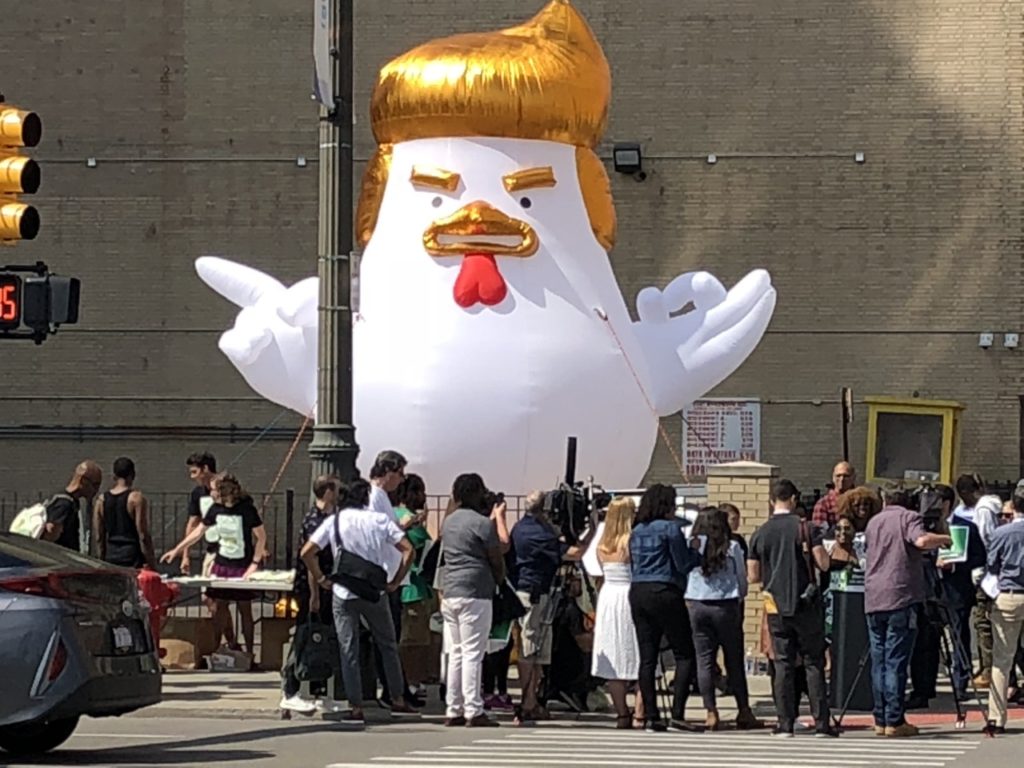 Tlaib has been vocal in her defense of House Oversight Committee chair Rep. Elijah Cummings (D-MD), whom Trump criticized for failing to address poverty and blight in Baltimore.

Yo Trump, Hands off #ourchairman @RepCummings who is centered in American values that you will *never* understand.He is a fighter for the people & a leader you will never be.

While you go on vacations & tweet, @RepCummings held a hearing on high costs of medicine just yesterday.

However, when asked to comment further by Breitbart News’s Matt Perdie, Tlaib refused: “Why is he asking me about Baltimore? I live here,” she said.

She continued to talk about economic conditions throughout the country: “We don’t feel like our lives have gotten better,” she said, blaming tariffs, among other factors.

However, she ignored repeated questions about Baltimore.

Matt Perdie contributed to this report.