Previously, I explained how the Supreme Court is about to hear the biggest Second Amendment case in more than a decade. New York State Rifle & Pistol Association v. Bruen is a blockbuster case to which all freedom-loving Americans should pay attention.

Today I’ll break down why this should be a slam-dunk victory for your constitutional right to keep and bear arms. But should does not necessarily mean will, so I’ll also reveal how New York’s lawyers are trying to steal a win.

The question in Bruen is whether states like New York can put limits on or essentially eliminate your right to carry a gun for self-defense outside your home. Why is this issue so important? Because the text of the Second Amendment specifically provides for the right “to keep and bear arms.” That phrase refers to two related but distinct concepts. “To keep” means you can own a gun. “To bear” means you can carry it outside your home.

It’s no accident that I lead with the text of the Constitution. The Supreme Court closely analyzed the text of the Second Amendment when it affirmed the individual right to keep and bear firearms. That was in the 2008 landmark ruling, District of Columbia v. Heller.

The Heller ruling is crucial not just for what it decided. It also established the standard for how courts should interpret and apply the Second Amendment. That standard has become known as “text, history, and tradition.” 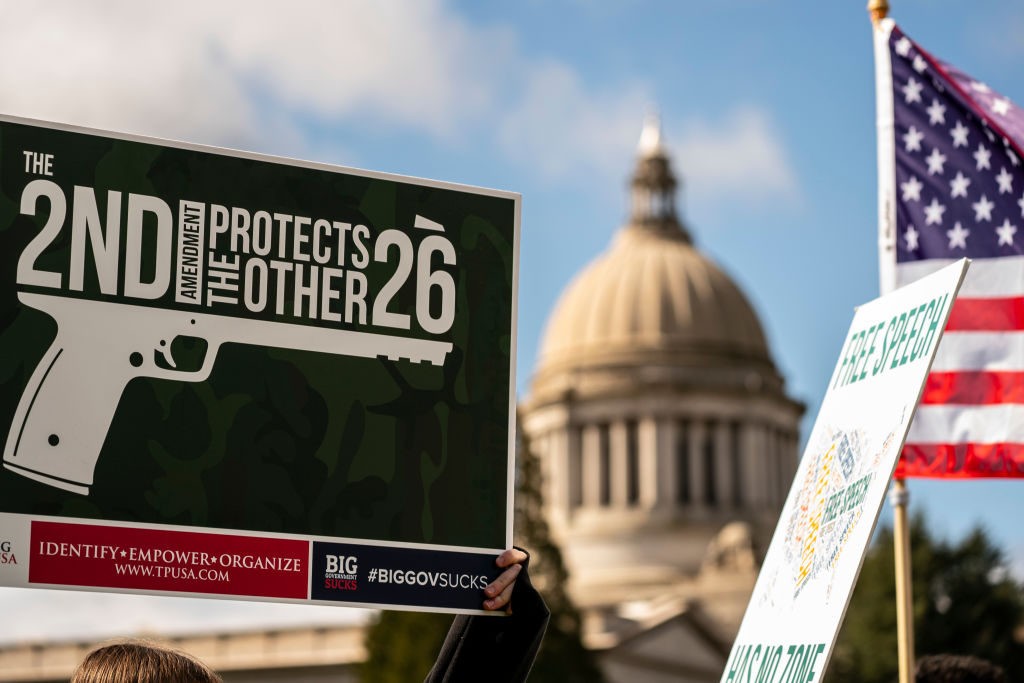 Demonstrators hold signs as they gather for a Second Amendment rally at the Washington State Capitol on March 20, 2021 in Olympia, Washington. The event was billed as a “Rally for 2A & Flag Wave.”  (Photo by David Ryder/Getty Images)

The Heller decision relied on in-depth historical analysis to show what the Second Amendment meant when it was adopted. In the Bruen case, history supports the right to carry outside your home. At the time of the American Founding and for long after, there were zero laws on the books requiring law-abiding citizens to prove to government officials that they had a good reason for carrying firearms in public.

During the Founding period, law-abiding citizens carried arms all the time. Just look at our Founding Fathers. George Washington was an avid hunter. John Adams carried a gun to school so he could go hunting as soon as the school day ended. Thomas Jefferson traveled with pistols for his own protection and advised his nephew to let his gun “be the constant companion” of his walks. James Madison was a skilled marksman. The list goes on and on. In fact, the first eight presidents of the United States routinely carried guns, as I explain in this video here.

St. George Tucker, one of the leading legal thinkers of the Founding generation, was not exaggerating when he wrote, “In many parts of the United States, a man no more thinks, of going out of his house on any occasion, without his rifle or musket in his hand, than an European fine gentleman without a sword by his side.”  For a comprehensive scholarly analysis of the Second Amendment’s right to carry firearms, I strongly recommend attorney Stephen Halbrook’s book The Right to Bear Arms: A Constitutional Right of the People or a Privilege of the Ruling Class?

Because history was so central to the Heller decision, New York is desperate to find some historical support for its restrictions. But its historical counter-arguments are incredibly weak, as I will discuss in my next article.

Tradition sometimes refers to laws passed after the Second Amendment was ratified. These also support robust public-carry rights. Restrictions like New York’s on the right to carry outside the home didn’t exist for well over a century after the founding of the United States. The New York law being considered in Bruen was the first may issue law—known as the Sullivan Law; it wasn’t passed until the early twentieth century. Even today, such restrictive laws exist in only a handful of the bluest of blue states. They are outliers and an affront to our nation’s founding ideals.

In short, if the Supreme Court applies Heller’s “text, history, and tradition” standard, there’s no question that the Second Amendment protects more than a homebound right. Even former Judge Richard Posner, who publicly criticized the Heller decision, wrote an opinion for the federal Seventh Circuit Court of Appeals that said, “One doesn’t have to be a historian to realize that a right to keep and bear arms for personal self-defense in the eighteenth century could not rationally have been limited to the home.”

So, that should be the end of the case, right?

Well, yes. But again, should is not the same as will. And the anti-gun side is pressing the Supreme Court to abandon Heller’s text, history and tradition standard, and instead apply other standards of review.

Most notably, New York will push what’s known in constitutional law as the “tiers of scrutiny.” That fancy phrase basically gives courts an excuse to make decisions that aren’t based on the Constitution’s text or original meaning. Under tiers of scrutiny, the government can violate your rights as long as it can convince a court that its interests in doing so are important enough. For a deeper dive on the dangers of “tiers of scrutiny”, see my video here. 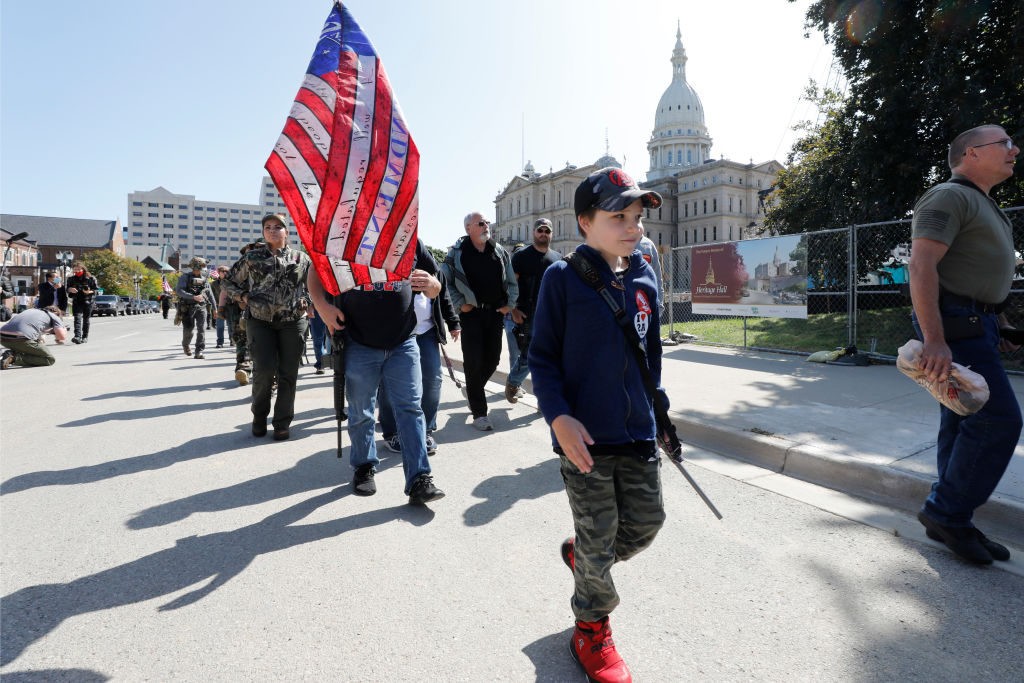 Supporters of the Second Amendment to the United States Constitution take part in their annual march, for the right to bear arms, at the Michigan State Capitol in Lansing, Michigan on September 17, 2020. (JEFF KOWALSKY/AFP via Getty Images)

In Second Amendment cases, lower courts have made the tiers of scrutiny standards malleable enough to bless almost any gun-control law imaginable. In case after case after Heller, lower courts have applied a three-step formula: (1) effectively flipping the burden of proof onto gunowners; (2) recognize an abstract interest in “public safety” as being a crucial one; and (3) deferring to the government’s assertion that the law in question will promote public safety. Voila, your rights gone in three simple steps.

Dry terms like “tiers of scrutiny” and “text, history, and tradition” can obscure how much is at stake in the Bruen case. If the Supreme Court abandons the clear standards set in Heller, that will deal a huge blow to your Second Amendment rights. Two prominent attorneys summed up how pernicious tiers of scrutiny are: “Not only do they have no place in Second Amendment jurisprudence; they have no place in American constitutional law.”

* Attorney Mark W. Smith is a Presidential Scholar and Senior Fellow in Law and Public Policy at The King’s College, a New York Times bestselling author, and the Host and Producer of The Four Boxes Diner on YouTube, a channel providing in-depth analysis on Second Amendment scholarship, legal matters, news and issues.