The governments of the Netherlands and Nigeria revealed between Tuesday and Wednesday they had found evidence of people in their countries testing positive for the Omicron variant of the Chinese coronavirus prior to scientists in South Africa confirming its existence.

South Africa documented and sequenced the Omicron variant – which scientists fear may be far more contagious than previous iterations of the virus, though potentially less harmful – last week, alerting the World Health Organization (W.H.O.) on November 24. Several countries in Europe and the Middle East rapidly restricted travel from southern Africa in response, though the variant’s origins remain unknown.

Several southern African leaders appeared to agree in the aftermath of the travel bans, most vocally President Cyril Ramaphosa of South Africa, who decried the bans as unscientific and needless punishment towards the country that first documented Omicron’s spread.

South African officials have insisted that Omicron is not a South African variant and that scientists documenting its presence there is indicative of South Africa boasting an effective pandemic response. The first documented cases of Omicron variant infections reportedly originated in Botswana, but the government of that country has asserted that the people who tested positive for Omicron there were foreign diplomats. They refused to identify the countries the diplomats came from, citing concerns that they, too, would suffer negative political consequences.

Officials in the Netherlands revealed on Tuesday that they had documented a case of Omicron variant infection nearly a week before South Africa had. That first case, the officials reported, noted that the person involved had tested positive after arriving in Amsterdam from South Africa.

The Dutch National Institute for Public Health and the Environment also revealed it had documented several other cases not yet confirmed to have ties to Africa.

The governments of Belgium and Germany also indicated this week that they believe Omicron was spreading there prior to the alarm sounded in South Africa.

The government of Nigeria revealed on Wednesday that it had found the Omicron variant in a test sample from a Chinese coronavirus patient taken in October, in addition to two travelers from South Africa testing positive for the variant after testing last week.

“Retrospective sequencing of the previously confirmed cases among travelers to Nigeria also identified the omicron variant among the sample collected in October 2021,” the director-general of the Nigerian Center for Disease Control (CDC), Ifedayo Adetifa, announced.

Scientists reportedly believe that the Omicron variant is present in at least 20 countries and counting so far. In the past 24 hours, the governments of Japan, Saudi Arabia, France, and Brazil have revealed confirmed Omicron cases, most of them in travelers arriving from Africa. Japan documented its first Omicron case less than 24 hours after announcing a near-total ban on travelers from abroad. The traveler from southern Africa testing positive for Omicron in Brazil did so the day after South Africa alerted the W.H.O. to its discovery.

The Saudi Arabian case, authorities stated, was a traveler from northern Africa, suggesting the variant has already begun spreading throughout the continent.

Among other nations logging Omicron cases prior to the latest round of announcements were Australia, Canada, and Israel. These cases, at press time, appear to have occurred after South Africa discovered the variant. 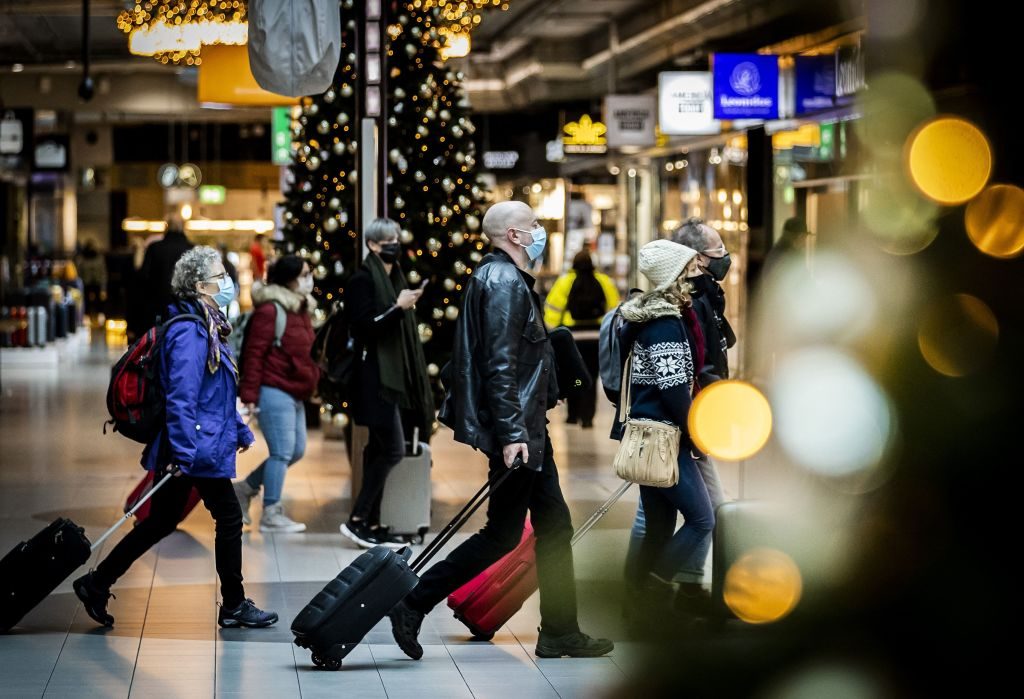 Travelers walk at the Schiphol Airport, on November 30, 2021. Dutch health authorities said on November 30 that the new Covid-19 variant was already present in the Netherlands a week before a cluster of cases on two flights from South Africa. The Omicron cases were discovered on November 19 and 23 and authorities are checking whether they had links to southern Africa, and how far the new strain has spread. (REMKO DE WAAL/ANP/AFP via Getty Images)

The rush to reveal cases of Omicron variant coronavirus infections after South Africa alerted the world, and became the subject of widespread travel bans, raises mounting concerns that negative political consequences for countries making health alerts to the W.H.O. will deter prompt reporting in the future.

Saad Omer, director of the Yale Institute of Global Health, told NPR in an interview published Monday that public health experts fear “a situation where, a month from now, a country health minister … gets a result of sequenced virus and they say, ‘OK, if it is that widespread, it’s going to come out anyways from some other country, why be the first one?'”

Ramaphosa, the South African president, made clear in a speech on Sunday that he felt the Biden administration and others had unfairly punished his nation for responsible pandemic management.

“We are deeply disappointed by the decision of several countries to prohibit travel from a number of Southern African countries following the identification of the Omicron variant,” Ramaphosa said. “This is a clear and completely unjustified departure from the commitment that many of these countries made at the meeting of G20 countries in Rome last month. They pledged at that meeting to restart international travel in a safe and orderly manner.”

“These restrictions are unjustified and unfairly discriminate against our country and our Southern African sister countries,” Ramaphosa continued, demanding Biden and others “urgently reverse” their decisions. 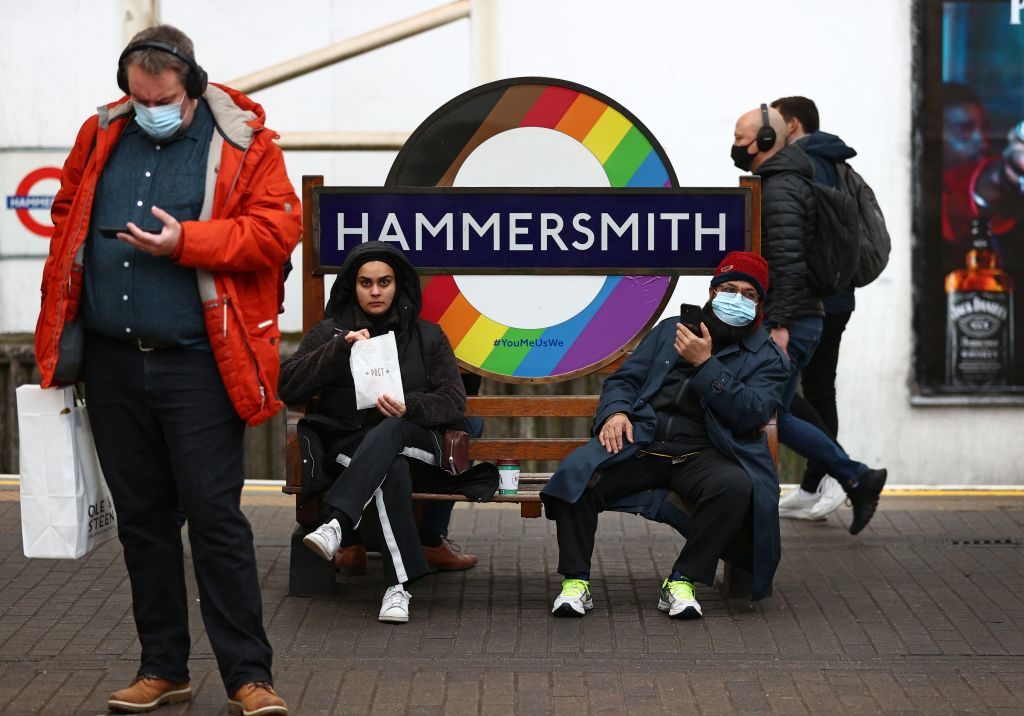 Passengers wait on the platform for a Picadilly Line tube train at Hammersmith underground station in west London on November 30, 2021. Britain will require all arriving passengers to isolate until they can show a negative PCR test against Covid-19 and is restoring a mandate to wear face masks in shops and public transport as part of its response to the new Omicron strain of Covid-19. (ADRIAN DENNIS/AFP via Getty Images)

President Lazarus Chakwera similarly condemned the Biden-style, anti-Africa bans, asserting in a short Facebook post on Sunday that the driver behind the travel ban policies was “Afrophobia.”

Botswana Health Minister Edwin Dikoloti, in asserting that the Omicron variant did not originate in that country, also expressed concerns over attempts to “geo-politicize” the pathogen. Dikoloti insisted that “saying it originates from Botswana is out” due to foreign diplomats first testing positive for the variant, but refused to say where the diplomats came from.

“We are concerned by attempts to stigmatize the variant and label a country where it was first detected as its country of origin,” Dikoloti said on Sunday.

The Chinese coronavirus originated in Wuhan, China, in late 2019. Localized outbreaks in Wuhan became a pandemic as a result of poor disease management by the Chinese Communist Party and attempts to use law enforcement to silence doctors and others advising residents to take precautions against contagious respiratory disease.