Taliban officials said Sunday they have no plans to take the Afghanistan capital Kabul “by force” even as fighters began entering the besieged city and a host of nations including the U.S. began speeding up the evacuation of nationals, diplomats and local support staff.

AP reports the terror group issued the statement as panicked workers fled government offices and Boeing CH-47 Chinook helicopters began landing at the U.S. Embassy (see below), confirming the increasingly tight grip the group now holds on the city as it prepares to enact an “Islamic Emirate.”

Later reports indicated Taliban negotiators were seen heading to the presidential palace late Sunday morning to prepare for a “transfer” of power. 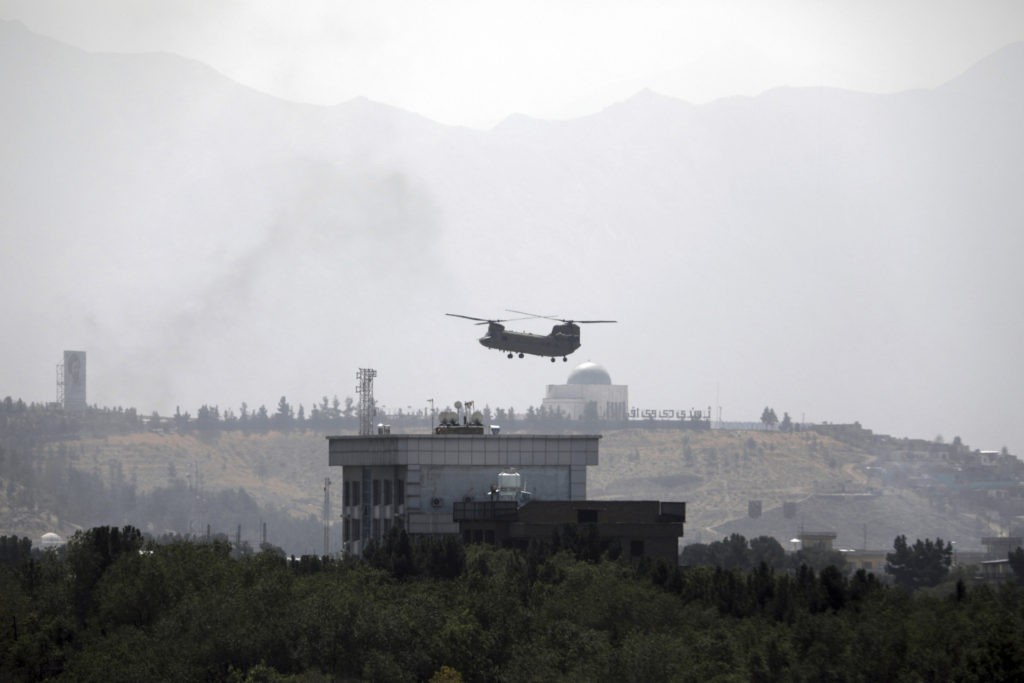 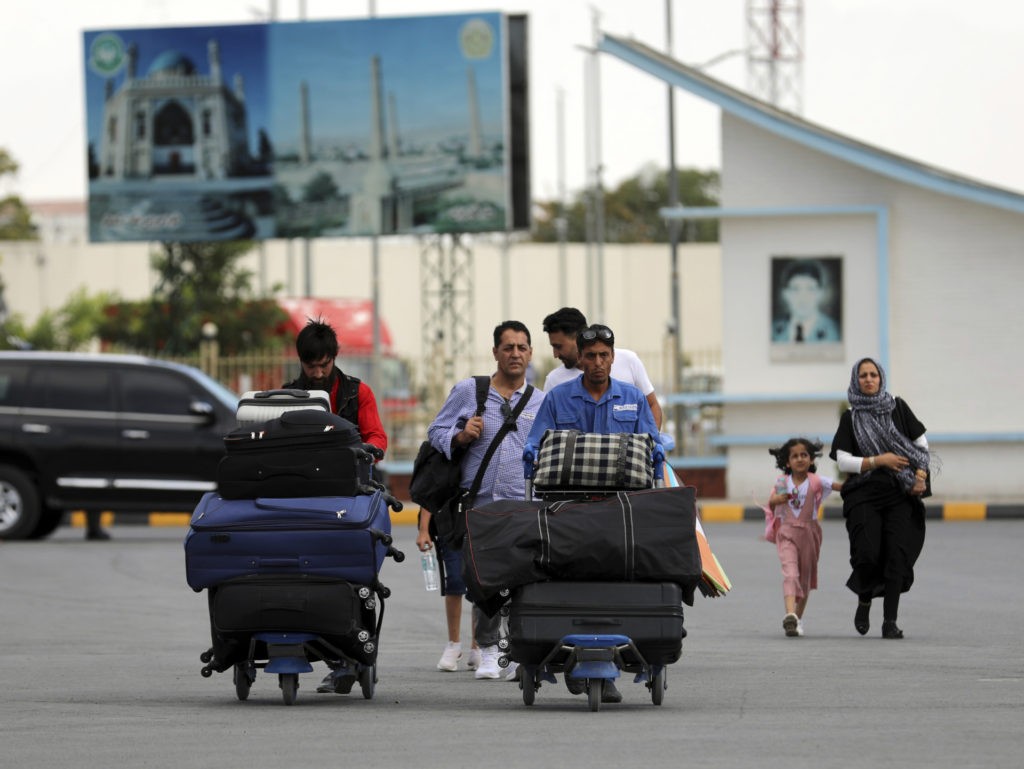 Passengers walk to the departures terminal of Hamid Karzai International Airport in Kabul, Afghanistan, Saturday, Aug. 14, 2021. As a Taliban offensive encircles the Afghan capital, there’s increasingly only one way out for those fleeing the war, and only one way in for U.S. troops sent to protect American diplomats still on the ground: the airport. (AP Photo/Rahmat Gul)

Three Afghan officials confirmed to the Associated Press the fighters were in the districts of Kalakan, Qarabagh and Paghman in the capital.

The terrorists earlier took Jalalabad, near a major border crossing with Pakistan, the last major city other than Kabul to escape their control.

As Breitbart News reported, Taliban fighters are being assisted in their drive across the country by already seized U.S. military equipment hastily abandoned by retreating Afghan forces.

Taliban insurgents add the capitals of Herat, Kandahar, Badghis, and Helmand provinces to their string of conquests in about 12 hours. https://t.co/JdBgkuBom9

Reports indicate the U.S. is not the only nation moving quickly to ensure the safety of its people.

The rapid shuttle-run flights of Chinook helicopters near the U.S. embassy came against a backdrop of diplomatic armored SUVs that could be seen leaving the area around the post.

The Czech Republic, U.K, Australia and Canada are just four other countries to have approved plans to begin withdrawing their Afghan staff from their respective embassies. 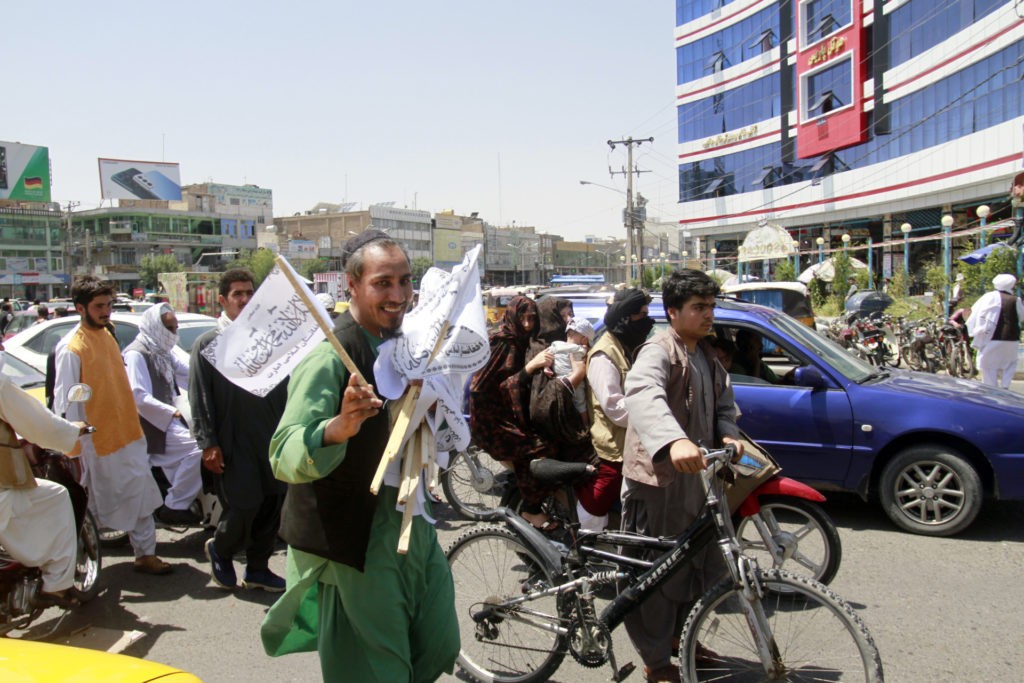 In a statement late Saturday reported by AP, the Taliban rejected any notion they were coming to deliver retribution.

Instead the terrorist group insisted their fighters wouldn’t enter people’s homes or interfere with businesses. They also said they’d offer an “amnesty” to those who worked with the Afghan government or foreign forces.

“The Islamic Emirate once again assures all its citizens that it will, as always, protect their life, property and honor and create a peaceful and secure environment for its beloved nation,” the militants said. “In this regard, no one should worry about their life.”

Meanwhile U.S. President Joe Biden left his home in Delaware for the presidential retreat at Camp David on Friday, even as news spread of the Taliban’s advance on Kabul.

The White House announced no public events are scheduled while Biden resides at Camp David until Wednesday, August 18.