China on Monday accused the U.S. of purposefully delaying the release of information detailing a mysterious collision by one of its nuclear submarines with an unknown object in the South China Sea on October 2, claiming Washington seeks to “cover up” the incident, Radio Free Asia (RFA) reported Wednesday.

Chinese Foreign Ministry spokesman Zhao Lijian criticized the U.S. government’s delay in releasing further information about the incident in comments to reporters at a regular press briefing on October 11.

“After this most recent incident, it took the US side five days to come up with a vague statement. Such irresponsible attitude and stonewalling and cover-up practice only make the international community more suspicious of the US intention and details of the accident,” he said.

It is incumbent on the US to clarify the details of the accident and explain the following questions:

First, where exactly did the accident take place? Second, did the accident cause nuclear leakage and pollute the marine environment? Third, will this accident impact the navigation safety and fishery in the area where it took place? 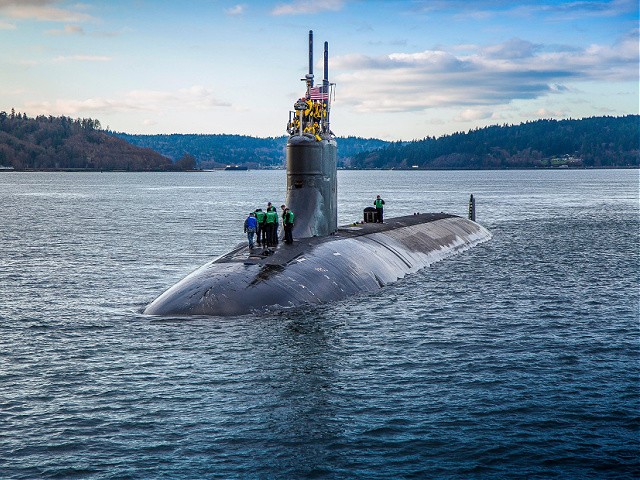 The foreign ministry spokesman advised the U.S. to “take a responsible attitude, give a detailed account of what happened as soon as possible and make a satisfactory explanation to the international community and regional countries.”

A spokesman for the U.S. Navy’s Pacific Fleet issued a statement on October 7 with updated details about the October 2 incident.

The Seawolf-class fast-attack submarine USS Connecticut (SSN 22) struck an object while submerged on the afternoon of Oct. 2, while operating in international waters in the Indo-Pacific region.

The safety of the crew remains the Navy’s top priority. There are no life-threatening injuries.

The submarine remains in a safe and stable condition. USS Connecticut’s nuclear propulsion plant and spaces were not affected and remain fully operational. The extent of damage to the remainder of the submarine is being assessed. The U.S. Navy has not requested assistance. The incident will be investigated

USNI News on October 7 cited an unnamed U.S. defense official as saying, “about 11 sailors were hurt in the incident with moderate to minor injuries.” 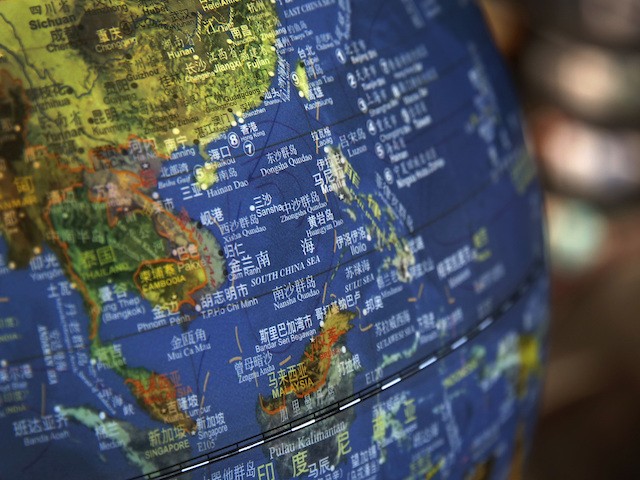 In this July 13, 2018, photo, a globe shows the islands on the South China Sea with nine-dash line claims under Chinese territory on display at a bookstore in Beijing. (AP Photo/Andy Wong)

“The attack boat is now headed to Guam and is expected to pull in within the next day,” he added.

The anonymous official’s update about the submarine’s whereabouts was confirmed 24 hours later by the U.S. Navy, which told the Associated Press on October 8 the vessel had “arrived in port at Guam,” where it is expected to undergo an “assessment and preliminary repairs.”

A U.S. naval expert suggested to RFA on October 13 the submarine in question might have been operating “silently,” or without active sonar, at the time of the collision.

“[I]f there is an uncharted obstruction at the depth at which it is operating, then it may be practically impossible for a submarine running silently with no active sonar to detect it,” Rear Adm. James Goldrick, a fellow at the naval research institute Sea Power Center – Australia, told the U.S. government-funded RFA.