Coronavirus lockdowns in China spread on Tuesday to the huge city of Yuzhou in the central province of Henan, and the vital port city of Ningbo in eastern Zhejiang province.

Yuzhou’s lockdown of its 1.1 million citizens caught the eye of foreign journalists, but global trade analysts are more nervous about Ningbo, where a cluster of coronavirus cases was detected at a clothing factory on New Year’s Day. Ningbo is the world’s busiest port by shipping volume, and third largest if measured by the number of containers processed daily.

China’s state-run Global Times insisted that while the “partial lockdown” in Ningbo has “led to problems like fewer drivers and trucks” and could cause supply disruptions for Western clothing brands such as Nike and Adidas, the problem is “less serious than some people might have thought, as Chinese suppliers have abilities to redistribute their industry chains and the local government has stepped in to help stabilize logistical supply.”

The Global Times sniffed at the concerns of “overseas media” that a more severe “hit” to international garment shipments could be possible because local officials have taken steps to protect the logistics of the port, such as issuing special passes to truck drivers so they can access the quarantined districts of the city. 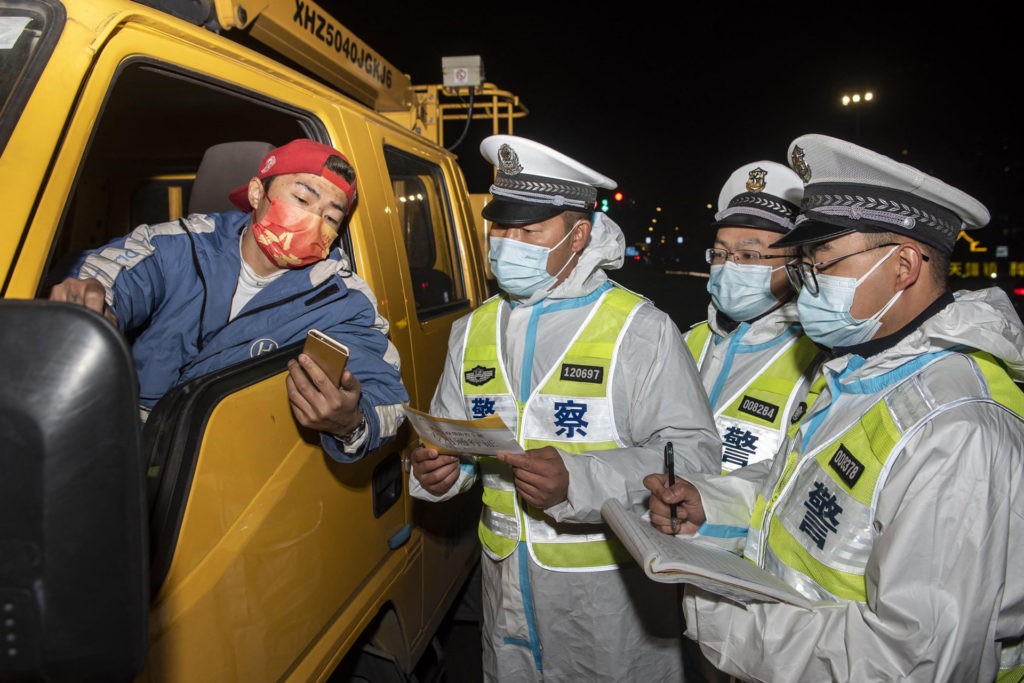 “The lockdown caused some inconvenience, such as fewer drivers and vehicles that are willing to enter the closed area. But in general, those problems are not very serious and have not had much influence on our business,” said a Ningbo import company manager.

Local officials said the coronavirus outbreak included only 23 cases as of Tuesday, and they were “highly localized” in the factory complex owned by a huge garment company called Shenzhou International.

On Sunday, Shenzhou began offering a bonus to employees who cooperate with “epidemic prevention control measures” and a larger bonus to those willing to work on the “frontlines” in Ningbo. 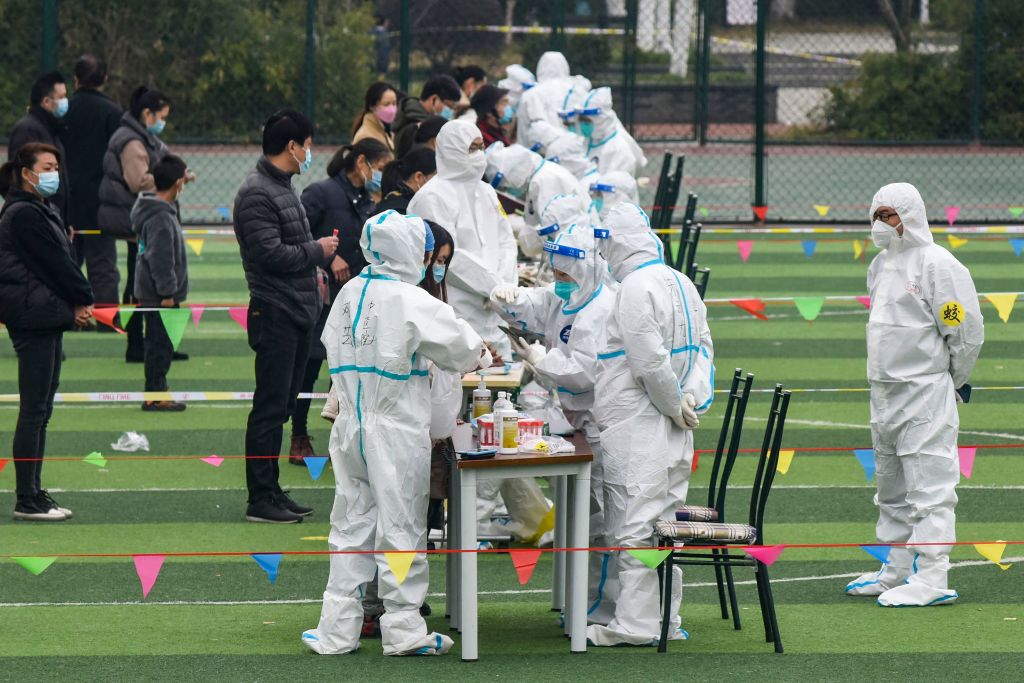 The Ningbo outbreak is supposedly a strain of the delta variant of Chinese coronavirus, an important point for Chinese officials as the Beijing Winter Olympics approach because they insist the milder but more contagious omicron variant has been kept under control in China.

The city of Yuzhou ordered all of its million residents to stay indoors for at least three days – a lockdown order similar to the one imposed on the comparably large city of Xi’an two weeks ago. 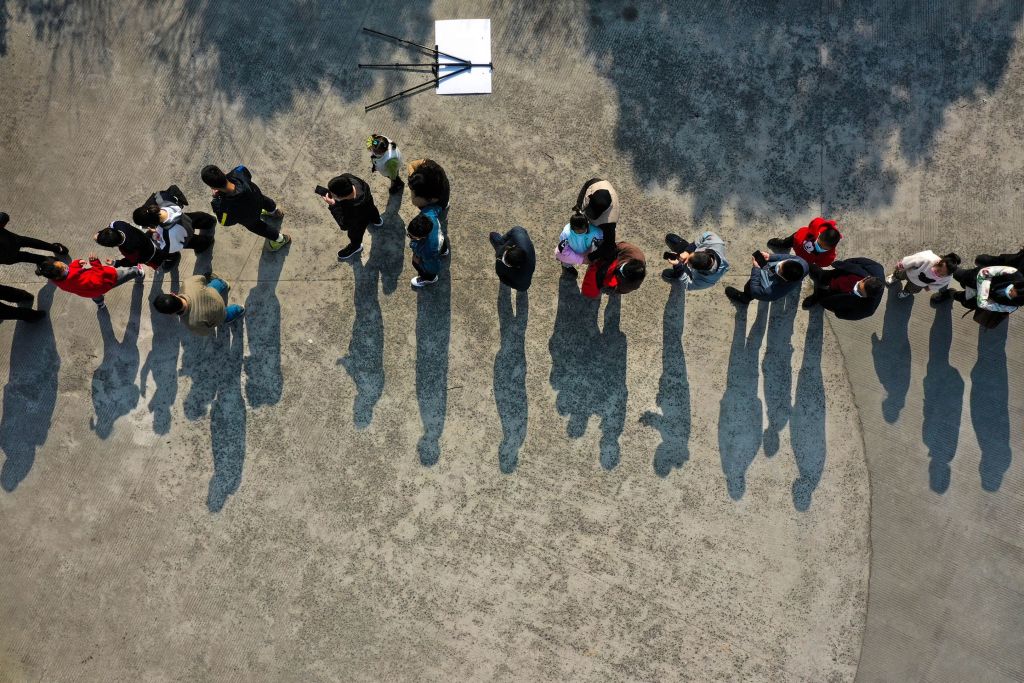 This aerial photo shows people waiting to undergo nucleic acid tests for the Covid-19 coronavirus during a mass testing in Ningbo, in eastern China’s Zhejiang province on December 7, 2021. (Photo by STR/AFP via Getty Images)

Xi’an is still under lockdown today, its starving residents reduced to bartering their goods for food and begging for help on social media while a menacing army of 40,000 police officers prowls the streets. A viral video clip from Xi’an showed a man saying he traded a bag of rice for a smartphone and a tablet.

Chinese state media claimed a convoy of trucks was bringing meat and vegetables to the desperate people of Xi’an over the weekend, but intrepid social media users discovered the convoy actually delivered its supplies to a compound full of government officials.

Xi’an’s increasingly angry and frightened population noticed their government put a lot more effort into locking them down than feeding them. Some pointed out the legion of 40,000 police visible on the streets is augmented even further by a vast number of informants and secret police.

“I don’t think this Xi’an lockdown is about disease prevention. It’s more about controlling the population,” one social media commenter said.

Municipal authorities in Yuzhou said on Tuesday “the virus control and prevention situation in our city is very severe,” even though only two locally transmitted coronavirus infections and 18 asymptomatic cases have been officially reported.

“To curb and quash the epidemic within the shortest amount of time is a high-priority political task facing all officials and people in the city,” the authorities said.