After shunning her native country and choosing to compete for China, many have questioned US-born Olympic freeskier Eileen Gu’s true allegiances. However, there is one group that Gu proudly associates with, Black Lives Matter.

In March of last year, the California native gave an interview to the South China Morning Post, in which she called herself an “ally” of Black Lives Matter. In the article, Gu lamented the rash of anti-Asian hate crimes occurring across the country. Gu said that she and her grandmother had fallen victim to such an attack.

“I remember at the beginning of the pandemic, I was with my grandma in a Walgreens in San Francisco and this haphazard, haggard man runs in screaming profanities about Asian people and how they were bringing the virus in and how it was super dangerous. I don’t think I’ve ever felt fear like that in my entire life.

“This was in San Francisco – supposed to be the liberal bubble within California, which is the most liberal state, in the most liberal country in the world. This was supposed to be the safest place and I felt physically in danger. I grabbed my grandma and we ran out. I was so scared. That moment was definitely a reset because I realised how close to home it hit. That anybody can be affected just because of the way they look or their culture and heritage.”

Though, in explaining the rash of violence directed against Asians, Gu drew parallels to the Black Lives Matter movement by describing it as “highlighting the inequality” that she says exists in America. 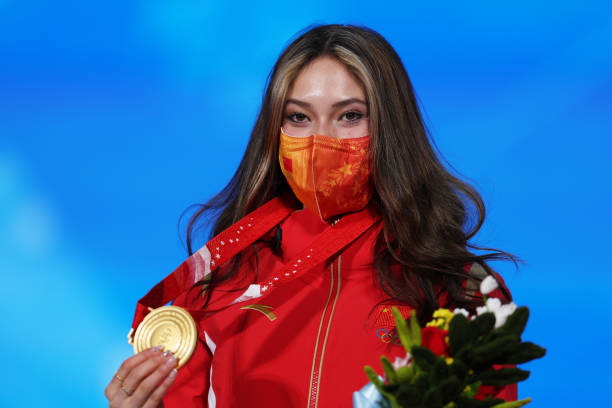 “At this point, America has by far the most cases and any American is just as likely to have it. It really comes from a sense of entitlement and misinformation – and also from people feeling threatened by these movements.

“That’s why it’s so important to clarify that the Black Lives Matter movement and current climate of hate crimes – which they are, by the way, hate crimes and domestic terrorism – against Asian-Americans is not hate towards people who are Asian-American or African-American; it’s literally just highlighting the inequality and I think what is happening is people are afraid that it’s an attack on them. That they’re saying all white people are bad, which is not true. The whole point of this is not to draw more racial divide, but to combat and bring to light these inequalities.”

But Gu went further, not only describing how she viewed the Black Lives Matter movement but also calling herself an “ally.”

“I have always been really outspoken in all matters, not just race but gender too. I’m very comfortable with these topics because they are very important. During the Black Lives Matter movement, I wanted to do my part as an ally. Obviously I’m never going to fully understand the kind of oppression that [African-Americans] go through. But it’s so important to stand by, support and amplify those voices that are so often silenced,” she said.

Gu’s statement that she is a supporter and amplifier of voices so often silenced becomes quite perplexing when trying to understand her decision to ditch her home country and represent the world’s most notorious human rights violator in China.

Gu, a wildly popular and visible celebrity in China who is allegedly concerned about race and ethnicity, could greatly amplify the voices of tens of thousands of ethnic Uyghur Muslim slaves imprisoned and condemned to torture and servitude in Xinjiang Province. However, the “outspoken” phenom has remained entirely silent regarding the genocide perpetrated by the country she chose to represent. 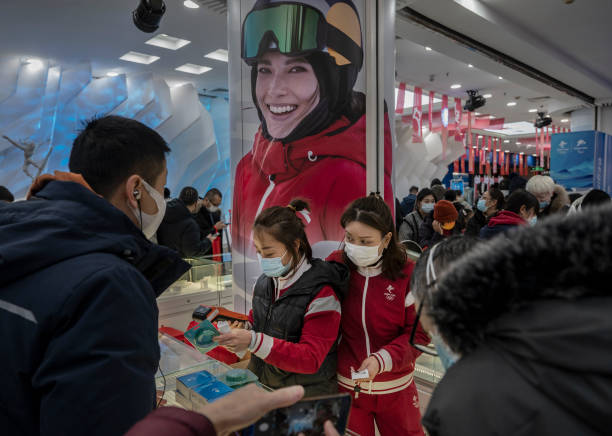 Gu could have further denounced the scourge of racism by blasting China for instituting an apartheid scheme as it attempts to colonize Africa.

As Breitbart’s Frances Martel writes, “…the Standard found extensive evidence of racist policies implemented by the Chinese officials running the SGR, from not allowing Kenyan workers to sit at the same lunch tables as Chinese workers or have any access to instruction manuals or anything but the lowest skilled labor. Some Kenyan workers complain that they may face physical punishment if Chinese workers declare their efforts are not up to par.

“Outside of the work on the railway itself, the Standard found that China has made a mockery of its immigration system. While the Chinese government claims more than 2,000 workers in Kenya, the newspaper claims that China is sending an unknown number, totaling into at least the hundreds, of Chinese nationals into Kenya with tourist visas and having them work on the railway. When their tourist visa expires, they go home and apply for a new one and return to take more Kenyan jobs.”

Her concerns about oppression and justice could have really helped the imprisoned pro-democracy protesters in Hong Kong. But of course, she hasn’t mentioned that either.

The freeskier representing team China could have also used her “comfort” with topics of gender while competing in China by highlighting the communist nation’s habitual discrimination against women in the workforce. Or, she could have spoken up in defense of Chinese tennis star Peng Shuai who was disappeared and then intimidated into retracting her rape charge against the Chinese vice president.

Instead, when asked about Shuai after the tennis player came to watch one of her recent performances, Gu merely said she was happy to see that Shuai was “doing her thing.”

Gu won gold for China, which is all they care about. She also greatly increased her celebrity profile in China, which is all Gu cares about. As far as her “comfort” on topics of race and gender, it appears she’s only comfortable talking about those things in America, the country she chose not to represent.