Uyghur cross-country ski Olympian Dinigeer ­Yilamujiang resurfaced in an interview with the Chinese government propaganda outlet Global Times on Friday, denying the ongoing genocide of her people in East Turkistan and claiming reports of her disappearance were untrue.

The Chinese government granted Yilamujiang the honor of lighting the Olympic flame during the Opening Ceremonies of the Beijing Winter Games in early February, a move the international community interpreted as a gesture of defiance by the Communist Party in the face of a movement to boycott the Olympics in condemnation of the Uyghur genocide.

Extensive evidence unveiled by human rights organizations, foreign governments, and journalists indicates China began building concentration camps in East Turkistan, an occupied region China calls “Xinjiang,” in 2017 and has imprisoned as many as 3 million Uyghurs and other people belonging to non-Han ethnic groups since then. Survivors say they were tortured, raped, enslaved, forcibly sterilized, and otherwise abused in the camps. Human rights experts and multiple governments, including that of the United States, have deemed the actions of the Chinese Communist Party tantamount to genocide.

The Chinese government denies that its actions are genocidal, instead claiming that mass sterilization of ethnic minority women is a victory for feminism and that East Turkistan residents support their own extermination. 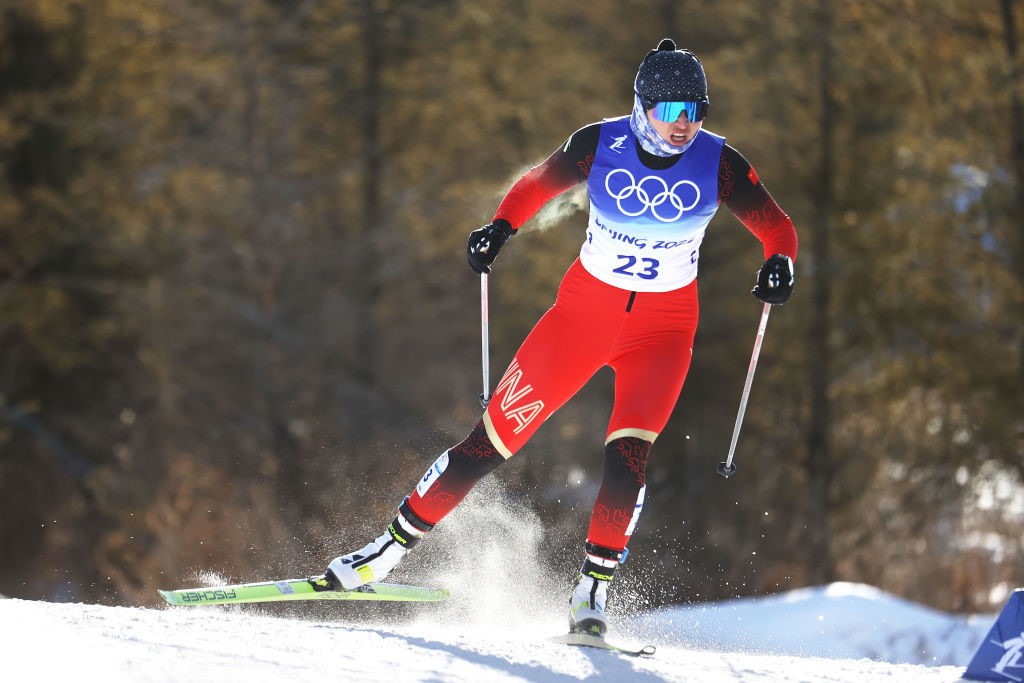 Yilamujiang delivered a lackluster performance in cross-country skiing shortly after her starring role in the Opening Ceremonies and failed to appear before reporters following her competition, according to the Wall Street Journal, which also reported that her absence was a violation of Olympic protocol. Yilamujiang denied that she had been absent to the Global Times and claimed that Western journalists simply did not know what she looked like and missed her when entering the room.

Yilamujiang, according to the text attributed to her, also claimed she did not “want to talk about politics” but nonetheless denied that China was committing genocide against people like her.

“Some Western media’s irresponsible reporting severely affected me and my teammates. Since I was born and grew up in Xinjiang, I must respond,” the text in state propaganda attributed to Yilamujiang read. “If there is what the West claimed to be ‘genocide,’ my teammate and I would not have had the chance to appear at the Olympic Games.”

Yilamujiang nonetheless admitted, according to the interview, that allowing her to light the Olympic flame was a political move. 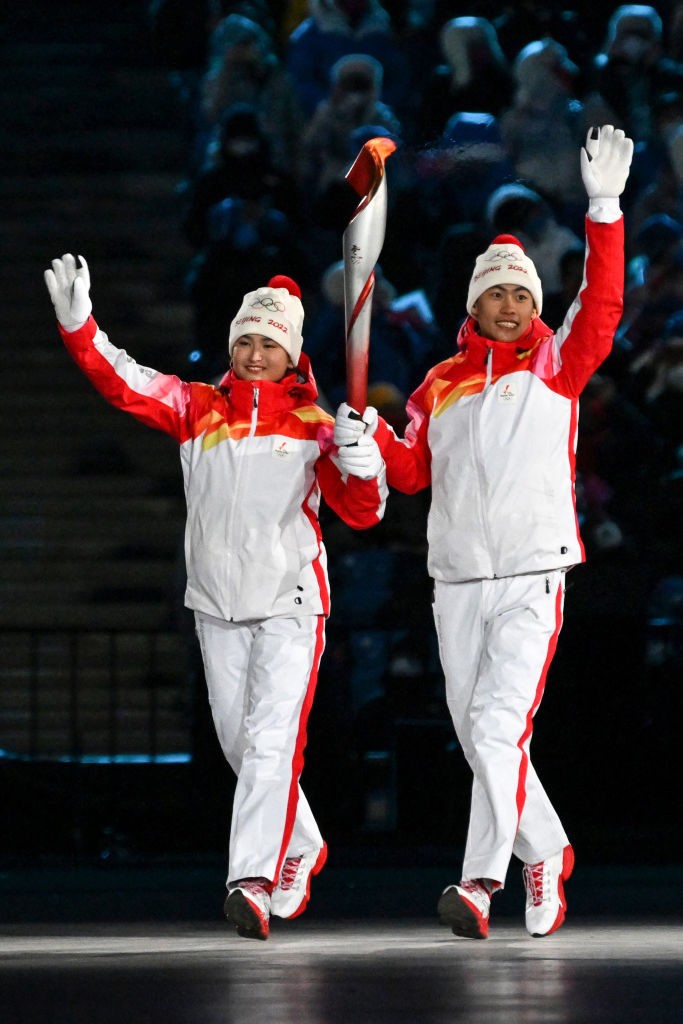 Chinese torchbearer athletes Dinigeer Yilamujian (L) and Zhao Jiawen hold the Olympic flame during the opening ceremony of the Beijing 2022 Winter Olympic Games, at the National Stadium, known as the Bird’s Nest, in Beijing, on February 4, 2022. (BEN STANSALL/AFP via Getty Images)

“Choosing me as one of the torchbearers displays the truth about the harmony of the big Chinese family,” the interview text read. “Moreover, (during the opening ceremony) the Olympic flame had been passed from older-generation athletes to younger ones and then to me, which delivers the message of carrying forward the Olympic spirit from generation to generation.”

Yilamujiang also repeatedly the dubious claim that East Turkistan is the original home of skiing, which China has begun using to advertise tourism to the region.

“I would love to take this opportunity to invite more people to ski in my hometown and invite more young athletes to join the winter sports,” Yilamujiang said.
The Global Times did not, according to the text, ask Yilamujiang, age 20, if the government had forcibly sterilized her, as it has done with thousands – if not millions – of Uyghur women. Yilamujiang did not independently address the issue.

Yilamujiang’s abrupt disappearance and resurfacing in the Global Times parallels the recent events surrounding tennis champion Peng Shuai, also the subject of international concern. Peng disappeared in November after writing a long post on Weibo, a Chinese government-regulated social media outlet, accusing former Chinese Olympics chief Zhang Gaoli of raping her. When Peng resurfaced, it was in videos distributed by the Global Times. The undated videos appeared to show Peng at a restaurant enjoying the company of friends and at a tennis tournament; the Global Times claimed the videos were recent.

Peng resurfaced in an interview at the Beijing Olympics, denying that she had ever accused anyone of rape or sexual assault and proclaiming a newfound enthusiasm for winter sports. The interview, with the European sports magazine L’Equipe, was conducted under the control of a Communist Party chaperone who translated her statements; her original Mandarin-language responses were not published and remain unknown.