Violence erupted on the streets of the New Zealand capital Wellington across Tuesday as police moved to disperse protesters challenging the country’s coronavirus vaccine mandate.

Upwards of a dozen police with riot gear faced off with protesters near Parliament in Wellington in tense exchanges that followed violent clashes earlier in the day, the New Zealand Herald reports.

The specialist officers were accompanied by paramedics and took the lead during the clashes, followed by more than 30 police wearing protective glasses.

Police Assistant Commissioner Richard Chambers told reporters the actions of some of the protesters were unacceptable and would be dealt with assertively, according to AP. 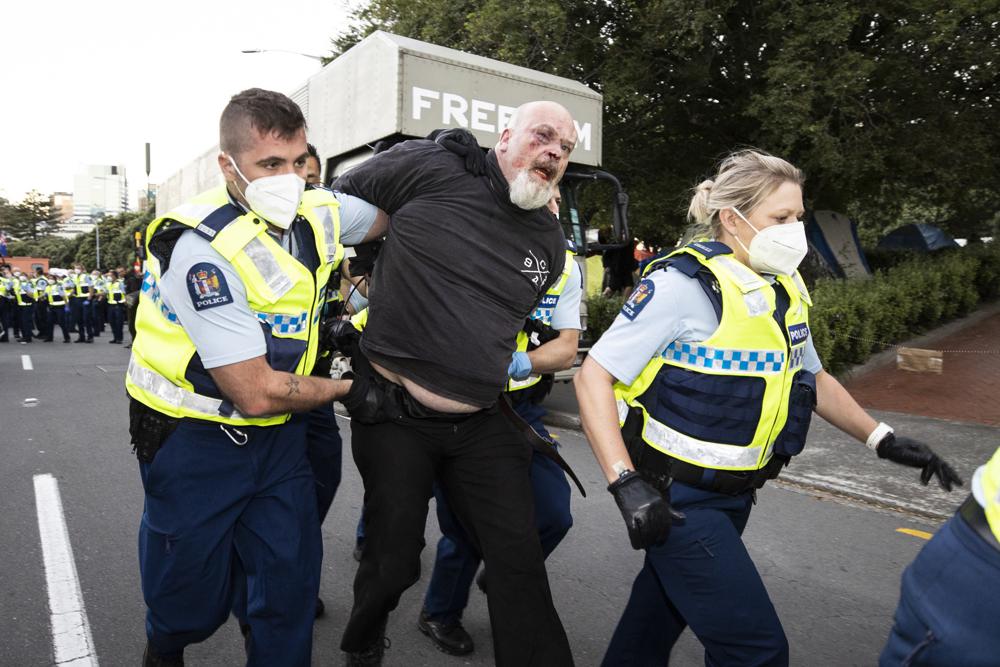 A man is arrested as police and protesters clash in Wellington, New Zealand, Tuesday, Feb. 22, 2022, as police tightened a cordon around a protest convoy that has been camped outside Parliament for two weeks. The protesters, who oppose coronavirus vaccine mandates and were inspired by similar protests in Canada. (George Heard/New Zealand Herald via AP) 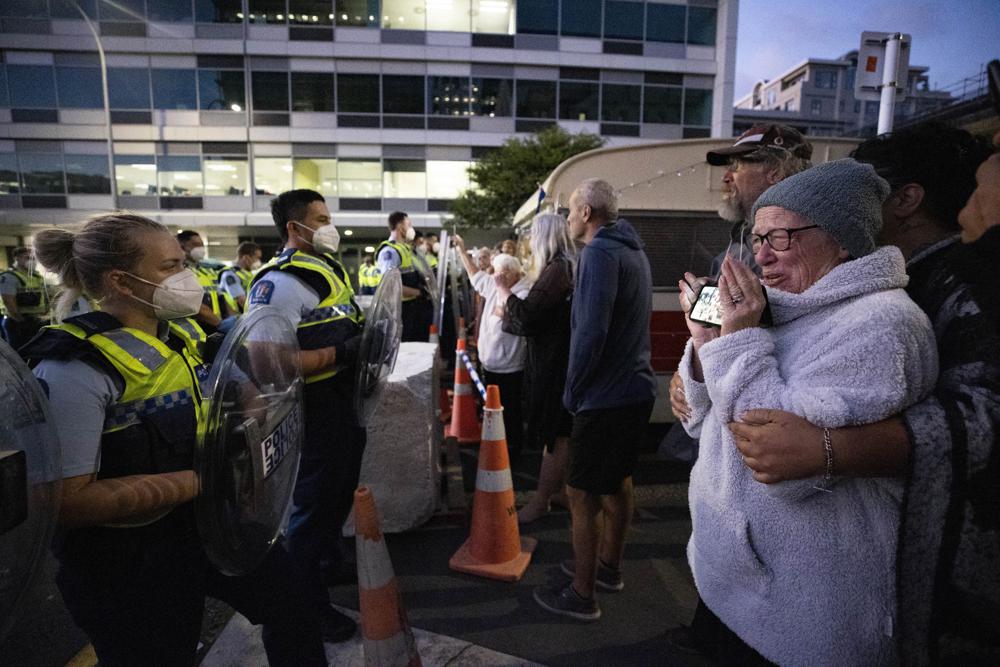 Police and protesters clash on the streets in Wellington, New Zealand, Tuesday, Feb. 22, 2022, as police moved on a protest convoy that has been camped outside Parliament for two weeks.  (George Heard/New Zealand Herald via AP)

“Our focus remains on opening the roads up to Wellingtonians and doing our absolute best to restore peaceful protest,” Chambers said. “The behavior of a certain group within the protest community is absolutely disgraceful.”

Left-wing Labour Prime Minister Jacinda Ardern said protesters had taken things too far and needed to return home at once.

“What’s happening in Wellington is wrong,” she scolded.

The latest clashes began when police staff joined Parliament staff at dawn and used forklifts to move concrete barriers into a tighter cordon around the encampment, where hundreds of cars and trucks remain blocking city streets, according to local reports.

Police have used the barriers this week to allow protest cars to leave but none to enter.

Video posted online shows a white car driving the wrong way down a one-way street toward a group of officers who quickly step aside. The vehicle comes to a stop at the police line and several officers climb inside and pull out the driver. 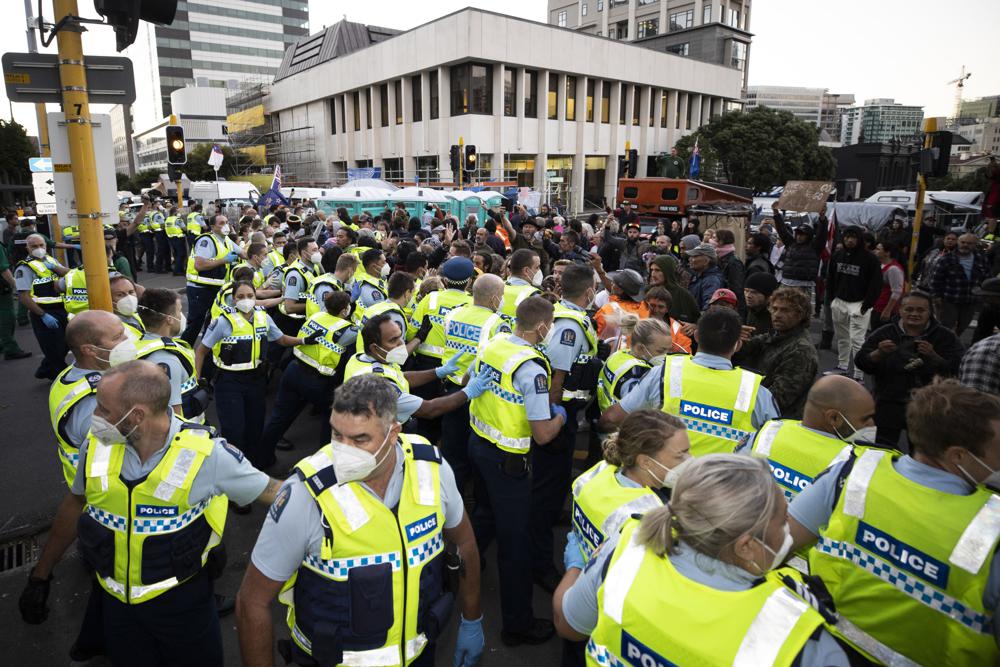 Police and protesters clash in Wellington, New Zealand, Tuesday, Feb. 22, 2022. The protesters appear fairly well organized after trucking in portable toilets, crates of donated food, and bales of straw to lay down when the grass turned to mud. (George Heard/New Zealand Herald via AP)

Police said they said they had arrested one person for driving in a dangerous manner and two others for obstructing police.

Those protesters camping at the Wellington Parliament have vowed to remain there “as long as it takes“ for them to be granted freedom from compulsory vaccinations.

New Zealand has mandated that certain workers get vaccinated against coronavirus, including teachers, doctors, nurses, police and military personnel. A vaccine pass is also required to enter most stores and restaurants.

Daily case numbers jumped to a new high of more than 2,800 on Tuesday, although only a single patient was hospitalized in an intensive care unit. About 77 percent of the population is vaccinated.