The U.S. is already facing a shortage of prescription drugs, and industry analysts said this week it could become much worse due to China’s massive coronavirus outbreak, which is both increasing Chinese drug consumption and reducing output from manufacturers.

The South China Morning Post (SCMP) explained on Tuesday that seasonal respiratory infections are combining with the remnants of the Chinese coronavirus pandemic to increase demand for various medicines, while coronavirus-related labor shortages are hobbling factories in China, a major supplier of pharmaceuticals.

The U.S. Food and Drug Administration (FDA) has identified 120 drugs in short supply, while a study from the American Society of Health-System Pharmacists puts the number at 160. The situation improved somewhat in January, but shortages remain uncomfortably close to the all-time highs reported in 2020, the first year of the Wuhan coronavirus pandemic. 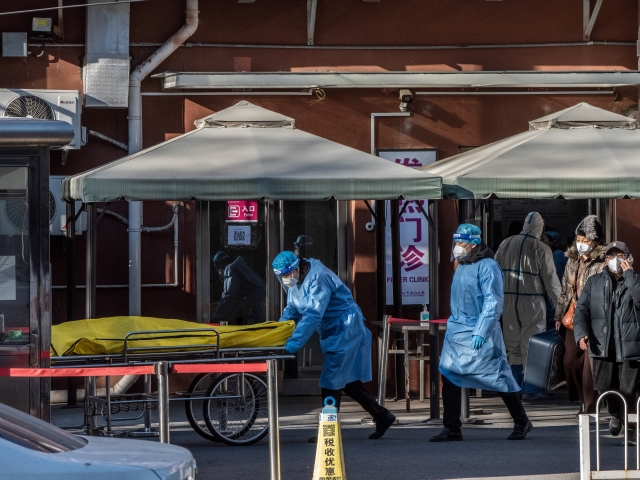 Workers in protective transport the body of a deceased patient at a fever clinic in Beijing, China, on Thursday, Dec. 22, 2022. The tsunami of Covid-19 taking hold across China is spurring concern. (Bloomberg/Contributor/Getty Images)

Some harsh lessons about the vulnerability of overseas supply chains, especially those flowing through China, appear to have gone unlearned because those Chinese products are irresistibly cheap:

Even before the pandemic, Washington called the US reliance on China for drug imports a potential national security concern. The US-China Economic Security Review Commission noted in 2019 that the US imports more than 80 per cent of API from overseas, a “substantial portion of US generic drug imports come either directly from China or from third countries like India”.

Then, with the onset of Covid-19, supply chain breakdowns and export restrictions exposed serious limitations in the medical supply chains.

A 2021 White House report found that while overseas manufacturing of API “helped reduce costs by trillions of dollars in the past decade” such offshoring now “has left the US healthcare system vulnerable to shortages of essential medicines”.

India is proving to be a less-than-ideal substitute for China because the massive Indian pharmaceutical industry relies upon China for some 68 percent of its ingredients — and the Chinese are increasingly reluctant to export those materials as domestic demand surges during China’s coronavirus outbreak.

None of the “near-shoring” alternatives can match the output from China’s 50,000 drug factories and neither can the U.S. domestic pharmaceutical industry, despite years of warnings that heavy reliance on China is dangerous.

The far-left newspaper New York Times (NYT) noted in December that the sudden “pivot” in China from draconian lockdowns to virtually no coronavirus controls at all — a change in policy made with absolutely no warning from the Communist government — caused a drug panic in China. Frightened and confused Chinese citizens simply stampeded into pharmacies and bought everything that seemed useful for fevers and respiratory problems, creating shortages that are still rippling through the domestic pharmaceutical industry. 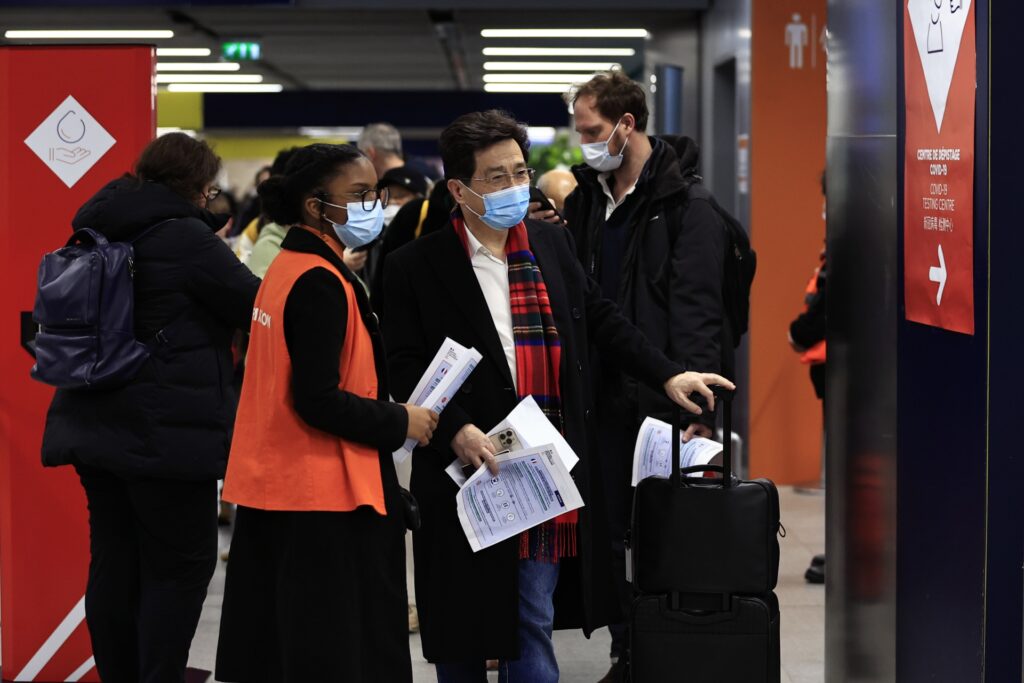 Left-wing television network CNN last week described Chinese consumers as angry, frightened, and willing to turn to black marketeers to obtain medicines in short supply. Those black market dealers get most of their supplies from India, adding more strain to the supply chain used by American drug retailers.

The latest effort to prod American pharmaceutical companies to increase domestic production is the American-Made Pharmaceuticals Act, a bill introduced in Congress last April that would establish a pilot program for Medicare, Medicaid, and the Children’s Health Insurance Program (CHIP) to give preferential treatment to drugs manufactured in the United States. The bill has two Republican and two Democrat sponsors.

“We know that depending on foreign countries for key resources – whether it’s oil or medicine – leaves us vulnerable to global supply chain shocks and shortages. This bipartisan legislation would reduce our dependence on foreign pharmaceutical manufacturing and help boost production here at home,” said Sen. Tina Smith (D-MN), one of the sponsors.

“The Chinese Communist Party threatened to cut off America’s access to vital drugs during the pandemic. It’s time to bolster onshore manufacturing of pharmaceuticals to ensure Americans never have to rely on China for lifesaving medicine,” said Sen. Tom Cotton (R-AR), another sponsor.