REYNOSA, Tamaulipas — Mexican authorities have dismantled a massive surveillance system used by the Gulf cartel in a city bordering Texas. The system was made up of surveillance cameras and spread throughout the city.

The cameras were placed in as many as 52 different spots on top of light and telephone poles. They were used to send online video to organized crime members about the actions of the average citizen as well as the movements of state and federal authorities, information provided to Breitbart Texas from the Tamaulipas government revealed.

The high tech surveillance equipment included cameras and surveillance devices that work both with and without wiring and used phone and cable lines to relay the images. Some of the camera’s had wifi type cards, video cards, scramblers and other high tech equipment, the information provided revealed.

The surveillance posts that authorities managed to discover included the areas surrounding the headquarters of the 8th Military Zone in Reynosa, the Mexican Navy headquarters, Mexico’s Attorney General’s Office and State Police headquarters. 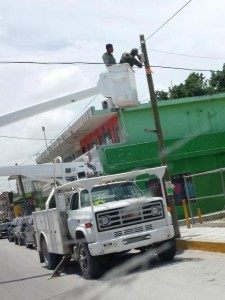 As Breitbart Texas previously reported, the Reynosa faction of the Gulf cartel has been in an armed struggle with their counterparts from Matamoros over regional control. Earlier this week Breitbart Texas reported on the takedown of clandestine radio towers and repeaters used by the Gulf Cartel throughout the northern part of Tamaulipas.