Race agitators and now even celebrities like Katy Perry have begun to chime in on Friday’s events in McKinney, Texas that led to a police officer being placed on administrative leave, pending review of his actions. A viral video showed him drawing his weapon and forcing a 15-year-old bikini-clad girl to the ground. The event that ended up with no arrests or injuries is sure to have one casualty: the facts of the story. [Update: There has been one arrest related to the incident, as well as the officer involved being placed on administrative leave.]

Research by Breitbart Texas into the people who threw the pool party and a new interview posted on YouTube with a young woman named Tatiana who uses the Twitter handle @KeefCakezadds adds more data points for anyone trying to separate fact from fiction in the developing narrative.

In an interview, Tatiana says that incident was prompted by what she called racist and rude comments from the women and a male companion.

Tatiana also says the Caucasian woman initiated the violence, saying that the woman struck her in the face that led to the hair-pulling fight that Breitbart Texas reported Sunday.

The interview also features a woman who says police should have spoken to her, the adult at the party.

In the video, Tatiana also claims that a 14-year-old white girl named Grace came to her defense when the verbal altercation began and then Grace was also verbally attacked by the older people.

Grace’s Twitter profile background shows a photo of the girl with her hands up and facing the camera with “Don’t Shoot” written on her palms, a reference to the now-debunked claim about the shooting death of Michael Brown that led to the Ferguson riots.

Tatiana’s Instagram feed mainly consists of selfies, including several where she is giving the middle finger to the camera. 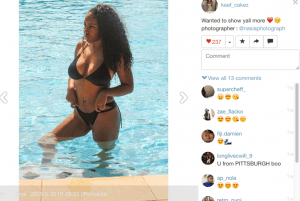 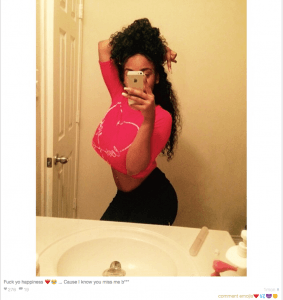 A number of teens from McKinney who were either at the party or knew people there were keeping close tabs on developing story; some with violent bravado. On Twitter, a friend of Tatiana’s said

Its a good thing my mom didn’t let me go to that party, if I would have went and “ANYBODY” lay hands on fam @KeefCakez @KeefGoddess I would be in jail or shot dead. Don’t fw Chicago Blood

The McKinney pool party had been promoted by Tatiana for a month on social media with the hashtag #DimePieceCookout.

“This chick was fine, you know what she was beyond fine she was a dime piece. I’m gonna marry this chick.”

In the video (which has a couple of strange audio problems) Christine repeated the claim that police should have spoken to the adult at the party and sums up her view on the situation by saying “It’s racism all over again.”

Christine said in the video:

New video released on Twitter shows other angles of the police officer forcibly holding down the girl:

New Video of the Girl being arrested without notice of the crime she committed (Violation 1) w/ Excessive Force (2) pic.twitter.com/UxMz6lL8wF

Christine also defends her friend as a young businesswoman.

We as a society…we have grown. Young black kids like such as my friend…she’s trying to do something positive here, throwing different parties for everybody to get involved and everyone to have fun. She’s becoming a young entrepreneur.

Tatiana’s entrepreneurship has come under attack from critics on the internet, some of whom got basic facts wrong. There were rumors circulating on social media that @KeefCakez had charged money for the McKinney even but there’s no evidence of that.

Another internet rumor claimed Tatiana was planning another ‘pool party’ in Plano on June 18th that she was charging money for, but that claim seems false.

Then event is called #MakeItClapPt.2 and the address listed in the promo flyer is not for a pool or household address, but a banquet hall business called The Venue. Obviously, renting a banquet hall costs money and charging admission for the event isn’t unreasonable.

The claim that Tatiana was charging for the McKinney event seems to have stemmed from a tweet where she asked people to bring pre-sales money to McKinney, but those payments appear to be for the Plano event.