Breitbart Texas traveled to the Mexican States of Tamaulipas and Coahuila to recruit citizen journalists willing to risk their lives and expose the cartels silencing their communities.  The writers would face certain death at the hands of the various cartels that operate in those areas including the Gulf Cartel and Los Zetas if a pseudonym were not used. Breitbart Texas’ Cartel Chronicles are published in both English and in their original Spanish. This article was written by Coahuila’s “JM Martinez” and Breitbart’s Ildefonso Ortiz.

PIEDRAS NEGRAS, Coahuila — A man who had stopped to buy pork cracklings ended up getting shot at multiple times by a group of gunmen in this Mexican border city. The attempted murder was not covered by local news outlets since drug cartels like Los Zetas in Coahuila and the Gulf Cartel in Tamaulipas have managed to place a gag on violent activity. 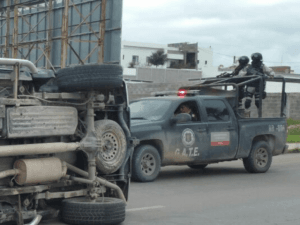 The shooting took place Tuesday afternoon moments after Lauro De Hoyos Perez stopped to buy “chicharrones at a stand in this border town. Soon after, a sand colored Ford Focus drove by with multiple gunmen inside who began shooting at De Hoyos.

Most of the rounds missed him, but one bullet did strike De Hoyos on his left leg. Despite the injury, the man managed to get into his GMC pickup and attempted to drive himself to a local clinic.

The shooting victim ended up loosing control of his vehicle near a street called H. Colegio Militar where he went over a median and rolled his vehicle. 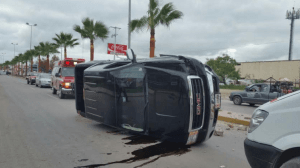 Red Cross first responders rushed to help De Hoyos and moved him to a local hospital where he is expected to recover. 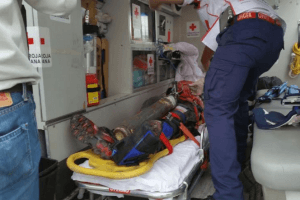 The shooting set off a large deployment of Coahuila Police special forces called GATES, Mexican Army and Mexican Marines who searched the area looking for the gunmen. Information provided to Breitbart Texas revealed that the gunmen switched vehicles and were able to get away driving a late model black Ford pickup truck that they hijacked. 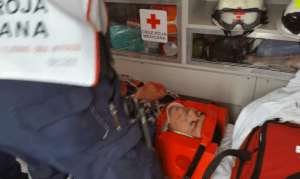