A failed home invasion turned into a drug shootout near the border city of Mission, Texas, and left two gunmen dead as drug traffickers tried to steal a load of narcotics from a house — but the owners of the drugs fought back.

Authorities had initially responded to a rural area just outside of the Mission city limits in connection with a disturbance, information provided to Breitbart Texas by the Hidalgo County Sheriff’s Office revealed.

At the scene, sheriff’s deputies found the bodies of two men who had died in a shootout; they also found various firearms, about $50,000 in cash and 37 bundles of marijuana. The drugs were reported by authorities to have an approximate weight of 414 pounds.

Authorities have since identified one of the men as 24-year-old Rodrigo Villanueva Alvarez who had been living at the house at the time of the shootout. The other body has only been publicly identified as a 43-year-old man. The sheriff’s office said the person’s name is being withheld pending notification of next of kin. 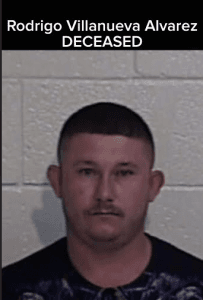 Investigators believe that the 43-year-old man and various other gunmen went to the rural home in an attempt to steal the drug load that had been stashed there. The failed raid then turned into a shootout.

During the course of the investigation, authorities arrested 19-year-old Jose Ricardo Chavez who had also been living at the house. Detectives charged Chavez with felony possession of marijuana. On Sunday, Chavez went before an Hidalgo County Justice of the Peace who set his bond at $10,000. 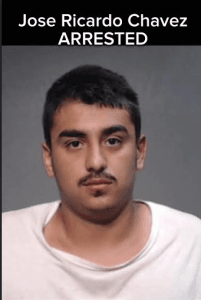 The drug shootout near Mission comes just days after two women were executed in an apparent drug dispute in the border city of Palmview. Both drug shooting ended up being just miles apart.

Breitbart Texas reported last week about the two women who were shot in the head in Palmview. One of the women had various cocaine bundles strapped to her body. In that case, authorities had been looking for a 21-year-old person of interest. The case still remains unsolved.

Cases of gunmen storming houses that are used to store drugs are rather common in border cities. Just last month Breitbart Texas reported on how Hidalgo County Sheriff’s Deputies responded to another failed home invasion turned drug shootout. In that case investigators also found the body of one man and multiple drug bundles.

Along the Texas border, the term “home invasions” is not used to describe common burglaries. The term is used to describe teams of gunmen that storm homes they believe are being used as stash houses to hide drugs, bulk cash or illegal aliens. Breitbart Texas has previously reported about how the heavily armed gunmen tie up their victims as they ransack the house looking for their loot.

Since most of the time the victim’s of the home invasion are drug traffickers or human smugglers themselves, the cases are seldom reported unless a shootout occurs or someone requires medical attention. The lack of reporting by victims makes it difficult to quantify the true scope of the problem. However groups tied to Mexican drug cartels continue to push large quantities of drugs over the river and into northern cities thus requiring more stash houses and opening the door for even more home invasion.