AUSTIN, Texas – Nearly two hundred open carry advocates gathered on the south steps of the Texas State Capitol to celebrate “uncovering day” for gun owners who are licensed to carry.

The rally, sponsored by Open Carry Texas and Texas Carry, brought together advocates from across the Lone Star State who wanted to celebrate Texas move towards re-establishing the 2nd Amendment as the governing authority for gun laws. While Texas has not move that far, today’s rally recognized a significant step in the direction of what many refer to as Constitutional Carry.

Open Carry Texas founder, C.J. Grisham told Breitbart Texas in an interview he is pleased with the progress, “We didn’t get everything we wanted, but we made progress. We will take what we can get and come back for more.” 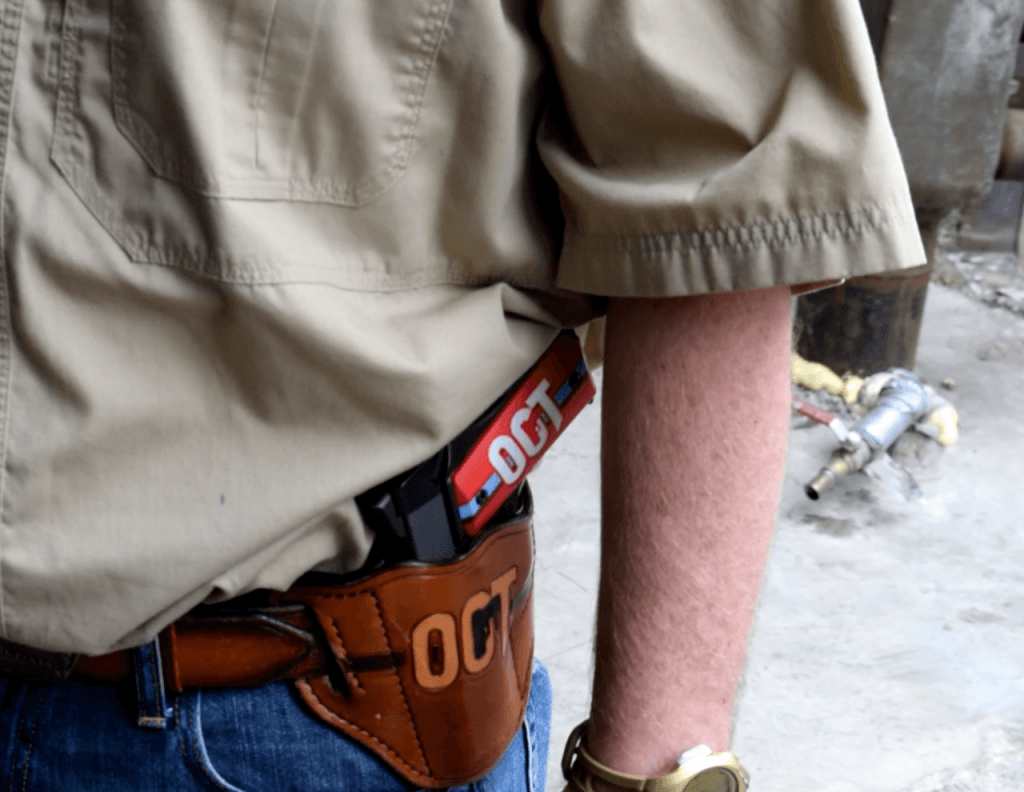 The more is “Constitutional Carry.” This is a status where, as in many states already, people can carry a firearm, open or concealed, with or without a license. This follows the tradition of the Constitution’s 2nd Amendment that states the right to keep and bear arms shall not be infringed.

Grisham said his group was pleased with the progress made in this session. He explained that now, Texans will get used to seeing people wearing guns and it won’t be as difficult to move forward in the next session. 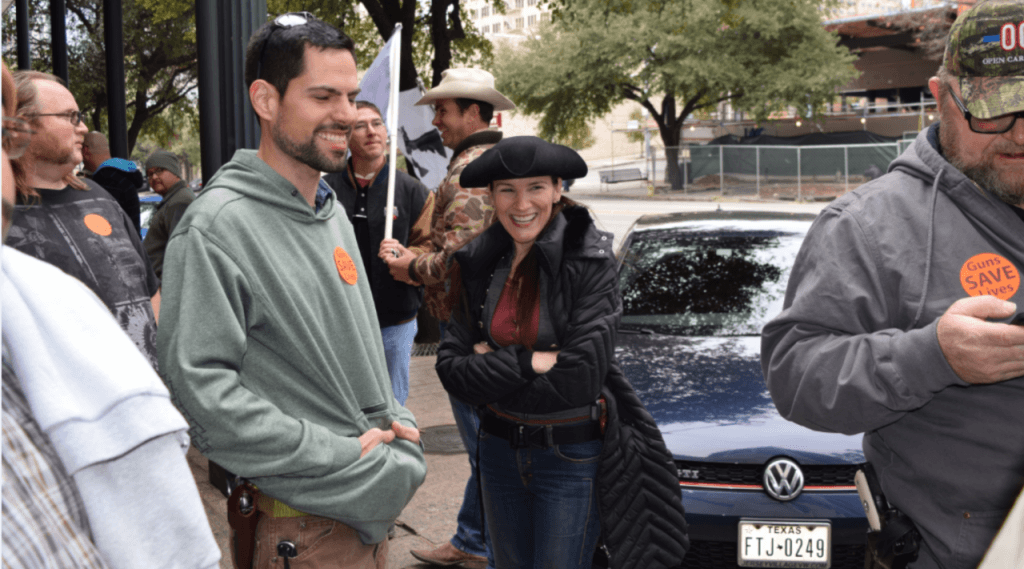 While today, many were openly carrying their handguns, the people at the rally expressed that most of the time, they would rather carry concealed in order to protect the element of surprise should a self-defense situation arise.

People from all walks of life were out wearing their guns on Friday at the Capitol. Families even brought out young children with them to celebrate the expression of liberty. 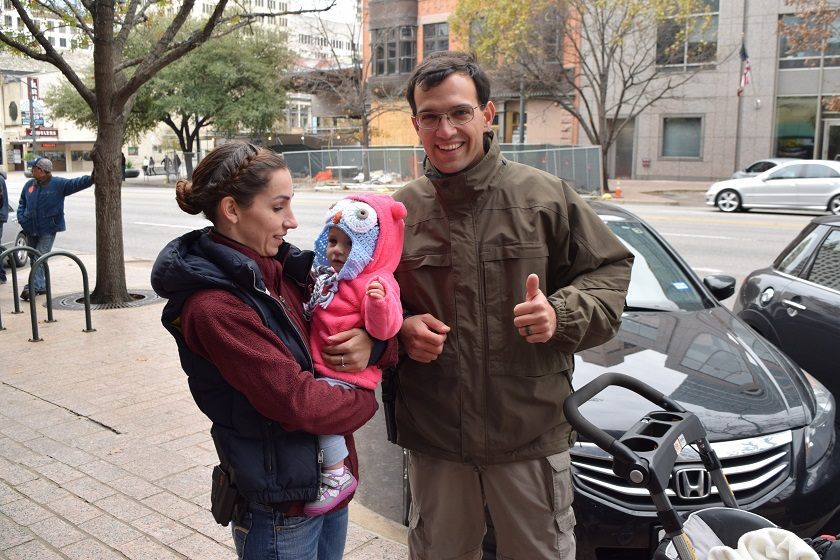 Following the rally, many marched down the sidewalks of Congress Street in Austin. The group gathered at a Subway Sandwich Shop located in the 800 block of Congress where the manager welcomed the group, and their guns, in for lunch.

Texas Carry founder Terry Holcomb, Sr., said it was a great step forward for Texas during an interview with this writer. “Texas Carry is honored to have lead the efforts in this historical time of Texas history. We would like to extend a special thank you to State Representative Larry Phillips (R-Sherman) and State Senator Craig Estes (R-Wichita Falls) for their efforts, working with us to make this possible.” 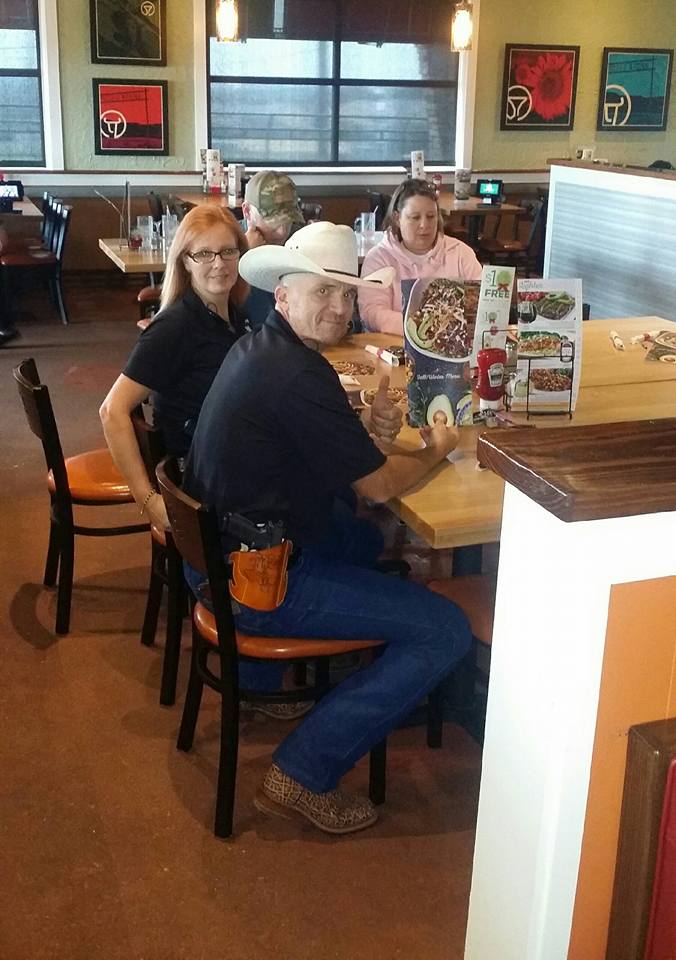 C.J. Grisham confirmed that the attendees of the rally had little, if any, interaction with the law enforcement officers who were present to ensure the peace. “Before the rally,” Grisham said, “our group’s legislative director, Richard Briscoe, spoke with a Department of Public Safety trooper about the event. The trooper noticed Briscoe’s holstered handgun was not completely covered by his jacket. Rather than asking about the gun, the trooper simply replied, ‘You know you don’t have to cover that up anymore.’”

Breitbart Texas spoke with other attendees of the rally. The attendees all said they had not received any negative feedback from passersby. “We used to get a lot of reaction when we would do our armed walks across the state,” one attendee told Breitbart Texas. “The more marches we did, the more people got used to it. It went from people flipping us off to honks of support and thumbs up.” 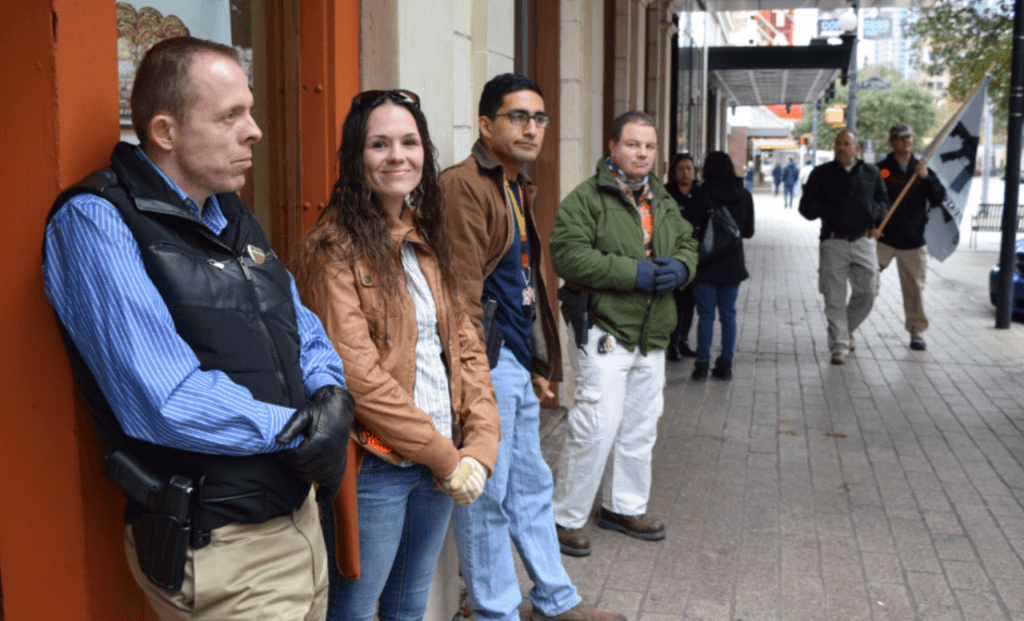 One man passing by on the street found himself surrounded by dozens of men and women carrying handguns, shotguns and rifles. The man, who gave his name as “Joe” said he was from California. “You would never see anything like this in my state,” Joe explained. “But I am happy to see it and fully support what they are doing.”

“We have more to do,” Grisham told Breitbart Texas. “We must continue to work on electing legislators who support our issue and then we have to prepare for the next legislative session in 2017.”