SAN JUAN, Texas — One of the most active police tactical teams in this border region recently finished upgrading their equipment with new body armor, helmets, night vision gear and weapons.

The gear comes from more than $90,000 in grant money that the Department of Homeland Security provided to a regional SWAT team that has been behind multiple high risk operations including the capture of various Gulf Cartel members and leaders in Texas.

Unlike most law enforcement tactical teams that are made up of one large department, the Law Enforcement Emergency Regional Response Team (LEERRT) is actually made up of over a dozen small police departments that have pooled manpower and resources in order to address the volatile situations that can arise along the Texas border, said LEERRT Commander and San Juan Police Chief Juan Gonzalez. 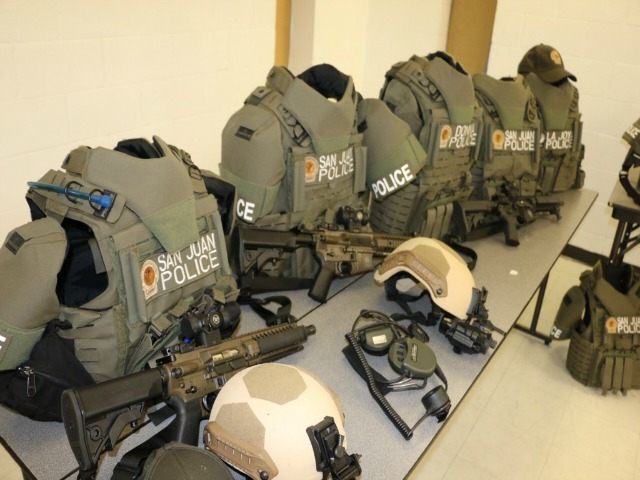 “The small departments that are part of this team would not have the manpower for their own team or be able to spend $2,600 on body armor, $3000 on night vision and similar amounts on weapons,” Gonzalez said.

Each of the cities that are part of the LEERRT got full sets of the new gear that are used by the operators that are assigned to the team.

Since the creation of the team a little more than five years ago, LEERRT has worked together with various federal agencies and Texas Department of Public Safety in order to capture high risk fugitives and criminals. One of the high risk criminals that LEERT helped capture was top Gulf Cartel Commander Juan Francisco “Comandante Paquito or Metro 77” Martinez Ramirez in late 2014, Breitbart Texas previously reported.