A Mexican newspaper that published a controversial editorial calling for a border wall between Mexico and Central America has pulled their story from their website.

On Sunday, El Mañana published their editorial “Yes to the Border Wall … But in Mexico’s South”. As previously reported by Breitbart Texas, the editorial provided various arguments supporting a wall between Mexico and Central America instead of a wall with the United States. 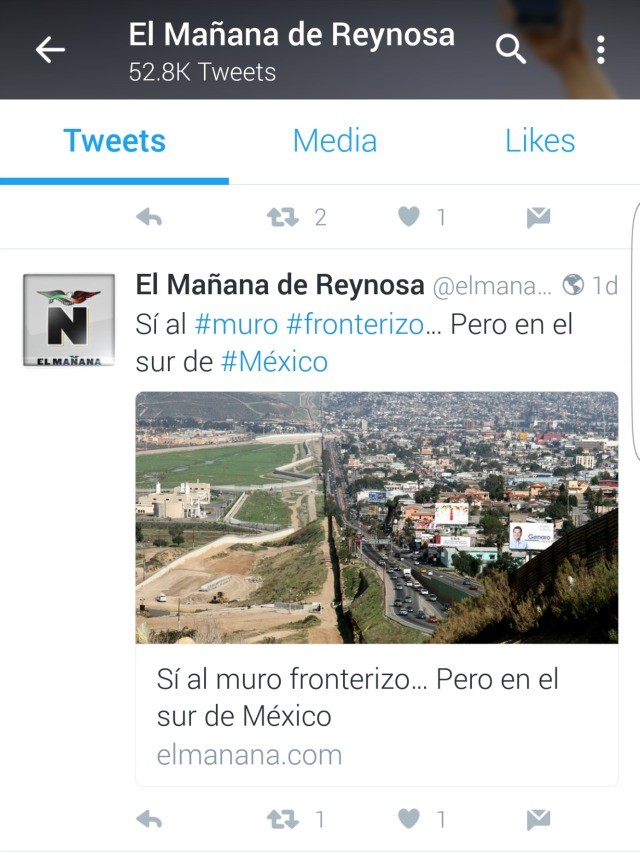 “Many of these migrants when they are unable to find an honest way of life turn to robberies, kidnappings, extortion, and in the worst cases join the ranks of organized crime,” El Mañana’s piece revealed.

The Mexican publication claimed that thousands of illegal immigrants from El Salvador, Guatemala and Honduras flock to the border city of Reynosa in their quest for the American Dream. When they fail, many are unable to return home and end up becoming a security issue. As previously reported by Breitbart Texas, the Gulf Cartel is the criminal organization that has controlled the flow of illegal immigrants into South Texas.

On Monday morning, for unknown reasons, El Mañana removed their editorial from their website. The reasons for the removal of the story remain unclear, since the publication has not released any editorial notes, corrections or retractions. The link that had been used by Breitbart Texas for the initial story now takes the reader to an error message.

Breitbart Texas was able to take screen shots of El Mañana’s editorial in its original Spanish.

Update 5:11 Central Time — The paper appears to have since re-posted the story with a new link, which can be found here in its original Spanish.