MATAMOROS, Tamaulipas — A series of recent gun battles and executions in this border city and in Rio Bravo led to nearly a dozen deaths as clashes with military forces and internal turmoil within the Gulf Cartel is reaching a boiling point.

The violence began last week in the Buena Vista neighborhood of Matamoros when cartel gunmen clashed with military and police forces. As usual, the fighting led to blockades, where cartel gunmen hijacked various vehicles to choke chances of police pursuit down main avenues. In Rio Bravo, troops killed several  gunmen throughout the city.

The fighting and a series of apparent executions in both Matamoros and Rio Bravo led to the death of several men who are all believed to be part of one of the various factions that make up the Gulf Cartel.

In the downtown area of Matamoros, authorities responded to a local business where they found four men killed. The four cartel members had all been shot in the head execution-style. 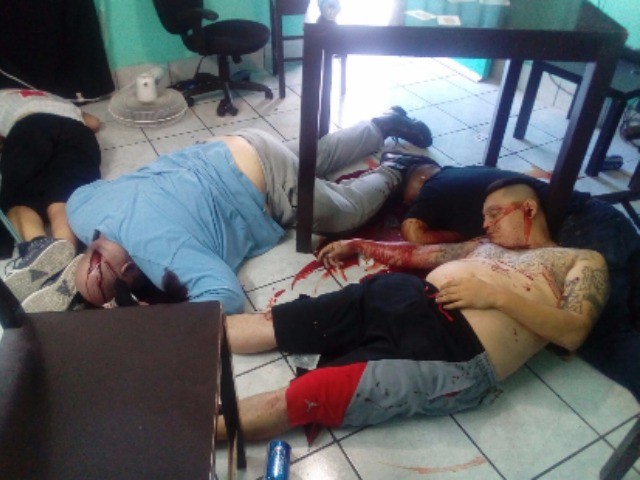 In a separate attack, a team of gunmen killed three men in a second ordered hit. One of the victims was a street-level drug dealer while the other two remain unknown. A local college student was struck by a stray bullet and died shortly after.

In Rio Bravo, Mexican marines killed two gunmen who were fleeing from authorities after they murdered a married couple. The couple was gunned down after getting in a car crash with the cartel gunmen.

Editor’s Note: Breitbart Texas traveled to the Mexican States of Tamaulipas, Coahuila, and Nuevo León to recruit citizen journalists willing to risk their lives and expose the cartels silencing their communities.  The writers would face certain death at the hands of the various cartels that operate in those areas including the Gulf Cartel and Los Zetas if a pseudonym were not used. Breitbart Texas’ Cartel Chronicles are published in both English and in their original Spanish. This article was written by “J.A. Espinoza” from Matamoros, Tamaulipas and “A.C. Del Angel” from Reynosa, Tamaulipas