Human smugglers led Border Patrol on multiple pursuits, ending in the apprehension of several migrants and the recovery of two stolen vehicles. At least one chase resulted in a crash involving an innocent motorist.

Laredo Sector agents responded to a call for assistance from a Texas Department of Public Safety (DPS) trooper who attempted to stop a vehicle near Rio Bravo, Texas, on Monday. During the ensuing pursuit, the suspect stopped the vehicle multiple times to drop off passengers whom authorities suspected to be illegal immigrants, according to Laredo Sector Border Patrol officials.

Border Patrol agents stopped at the dropoff spots and began searching for the migrants as the trooper continued the pursuit. The driver of the fleeing vehicle eventually crashed into another.

Agents apprehended at least three illegal immigrants at the drop spots. The DPS trooper took custody of the driver and seized the vehicle utilized in the human smuggling attempt. The crash did not cause any injuries, officials stated.

One day earlier, Rio Grande Valley Sector agents observed several suspected illegal immigrants get into a Chevrolet Suburban parked near the Rio Grande River near Los Ebanos, Texas. The agents, assigned to the McAllen Station, attempted to stop the driver who fled the scene at a high rate of speed. The pursuit ended after an abrupt stop and everyone bailed out of the vehicle. 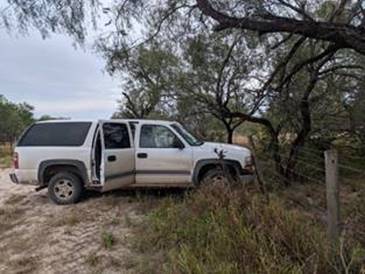 The agents apprehended the driver and three illegal passengers.

On November 25, Laredo Sector agents again responded to a DPS trooper in pursuit of a suspected human smuggling attempt. The driver drove into a ranch and eventually stopped, allowing several people to run into the brush to avoid apprehension, officials stated. Laredo South Station agents conducted a search of the area and found 12 migrants from Mexico and Guatemala. The agents transported the migrants to the station for processing and the trooper took custody of the vehicle that was reported stolen.

Freer Station agents recovered another stolen vehicle and a group of migrants on November 22. The agents patrolling State Highway 44 encountered a white pickup truck. The driver attempted to flee after the agents determined the vehicle had been stolen from San Antonio. The driver crashed through a fence onto a ranch and abandoned the vehicle. 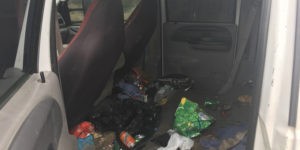 Agents carried out a search of the area and found three illegal immigrants from Guatemala. The agents transported the Guatemalan nationals to the Freer Station for processing and seized the truck which had the rear seats removed to allow for more people.

Laredo Sector agents from the Hebbronville Station found an abandoned vehicle on November 26. The vehicle was part of a group of suspected human smuggling vehicles observed earlier in the evening.

The agents tracked footprints from the truck into the brush for about two hours before coming upon a group of 14 migrants. The agents interviewed the migrants and learned they came to the U.S. from Guatemala, Honduras, and Mexico, officials reported. They were not able to locate the smugglers or the other two vehicles involved in the smuggling operation.

In total, the agents, working in conjunction with DPS, recovered at least two stolen vehicles and apprehended 59 illegal immigrants.