Mexican authorities in the western coastal state of Colima have discovered 69 bodies in a series of mass graves. Cartel gunmen used the graves to dispose of their victims. The discovery came after two cartel gunmen led authorities to the site in hopes of receiving a lesser sentence.

State and federal authorities spent almost two weeks digging in more than two dozen shallow graves near the town of Tecoman. They have found several bodies that had been recently murdered while other victims appear to have been there for years.

This week, Colima state authorities announced the discovery and met with families of missing persons to inform them of developments and request DNA samples.

Law enforcement sources revealed to Breitbart News that the discovery of the graves came after authorities arrested two cartel gunmen connected to a kidnapping in Tecoman. Once the two men went before a judge, they began cooperating with authorities in hopes of getting preferential treatment. In their statements, they revealed the location of the mass graves.

Based on the new information, authorities obtained a series of search warrants and began searching for the murder victims. It remains unclear which cartel the two hitmen belonged to. Mexican federal authorities are expected to help identify the victims. 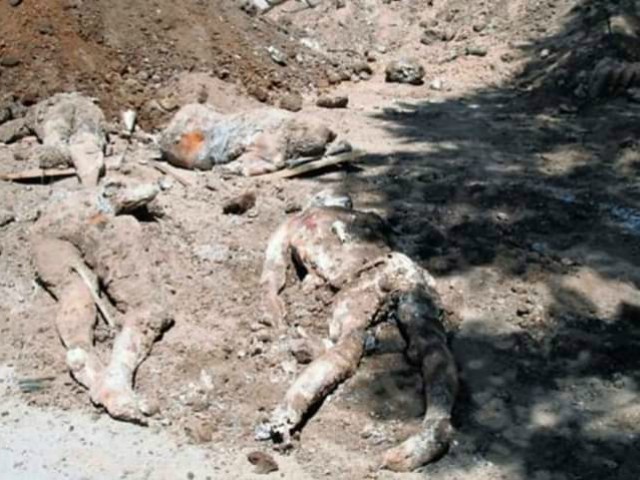 Colima is known for its beach resorts in the city of Manzanillo. In recent years, widespread violence led the U.S. Department of State to issue a level 4 security designation — calling it a “Do Not Travel” area. The state neighbors both Jalisco and Michoacán, two Mexican states deeply rooted in cartel activity with a long history of cartel violence.

Jose Luis Lara from the Cartel Chronicles project contributed to this report.