McALLEN, Texas – Federal authorities arrested a top operator for Mexico’s Gulf Cartel in Roma, Texas. The Mexican national has a lengthy criminal history in the U.S. and is one of the main leaders of the cartel’s human smuggling network–earning him a spot on the bi-national most wanted list. 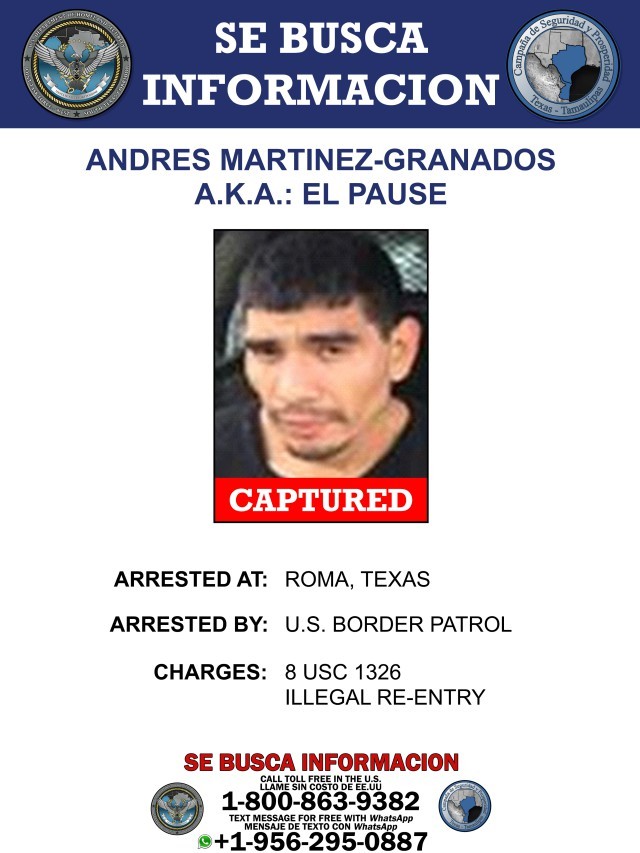 The man known as El Pause has prior human smuggling convictions and at least three prior deportations. Law enforcement sources in Mexico identified El Pause as a top Gulf Cartel operator who is considered a major player in the human smuggling operations for the criminal organization.

In June 2018, U.S. federal authorities and the Tamaulipas government launched a bi-national most wanted list called “Se Busca” where they outlined 10 of the top cartel bosses and operators responsible for most crimes along the border. Since the program launched, authorities have arrested seven out of the 10 targets. Granados is the only cartel operator on the list that was arrested in Texas.