URUAPAN, Michoacán – One of Mexico’s most violent criminal organizations hung the bodies of rivals from highway overpasses for intimidation purposes. The tactic was soon followed by the dumping of numerous dismembered bodies. Authorities confirmed the recovery of 19 corpses, however, the actual death toll could be higher. 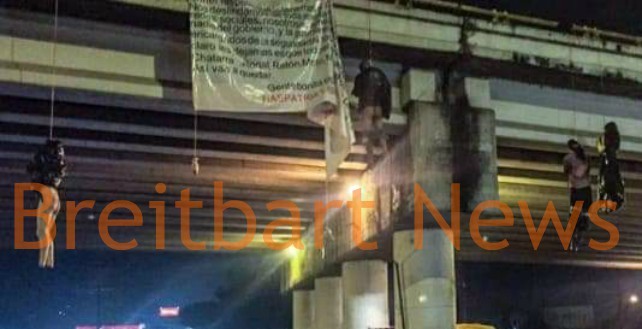 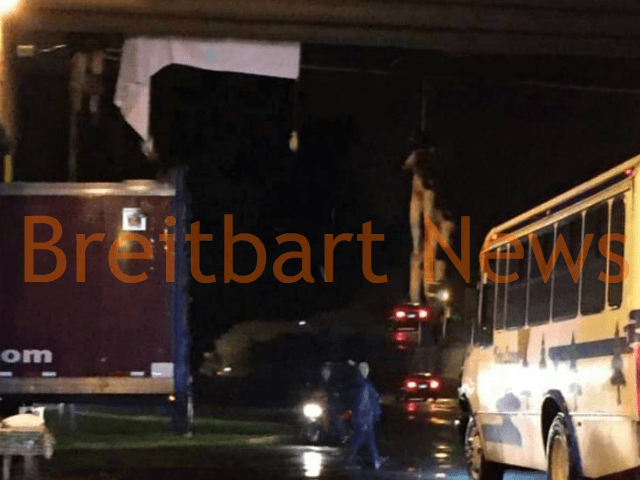 The gunmen also hung various banners claiming their fight is with the cartel known as “Los Viagras” and not the government. The CJNG tells residents to not be concerned for their safety. 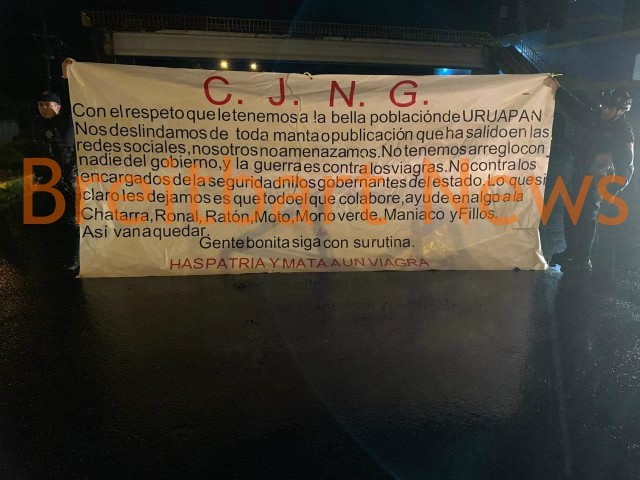 In response to the ghastly discovery, Michoacán Attorney General Adrian Lopez Solis was forced to make a public statement confirming the discoveries. The official said they were trying to carry out various enforcement operations in and around Uruapan to restore peace. Law enforcement sources revealed to Breitbart Texas that 13 of the victims had a criminal history and ties to Los Viagras. 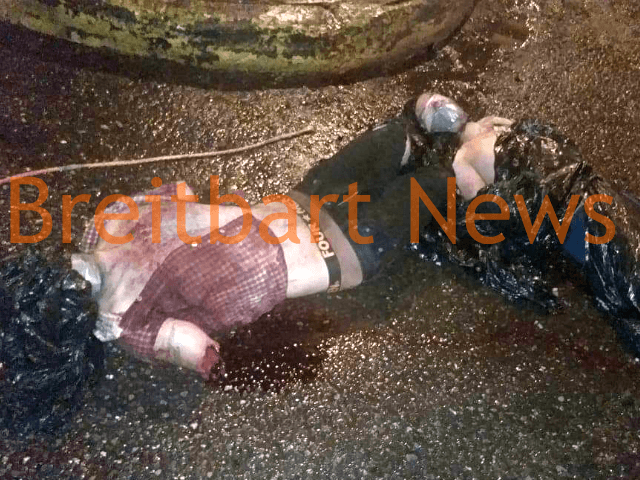 Despite the statements by the official, the area around Uruapan is seeing a dramatic rise in violence with as many as 50 murders being reported in recent days. The region is considered contested territory as Los Viagras and CJNG fight for control.

Editor’s Note: Breitbart Texas traveled to the Mexican States of Tamaulipas, Coahuila, Nuevo León, and other areas to recruit citizen journalists willing to risk their lives and expose the cartels silencing their communities. Breitbart Texas’  Cartel Chronicles are published in both English and in their original Spanish. This article was written by Jose Luis Lara, a former leading member who helped start the Self-Defense Movement in Michoacán.