HIDALGO, Texas – Authorities on both sides of the U.S.-Mexico Border unveiled a new list of 10 cartel figures who are responsible for most of the violence and smuggling in the region. The update comes after authorities arrested seven of the original 10 targets.

During a meeting at the Hidalgo Reynosa International Bridge, Tamaulipas Governor Francisco Garcia Cabeza de Vaca met with U.S. Border Patrol RGV Sector Deputy Chief Austin Skero and other officials to unveil the new poster of the Se Busca Initiative, which places a spotlight on the most dangerous cartel operators wanted in the region. 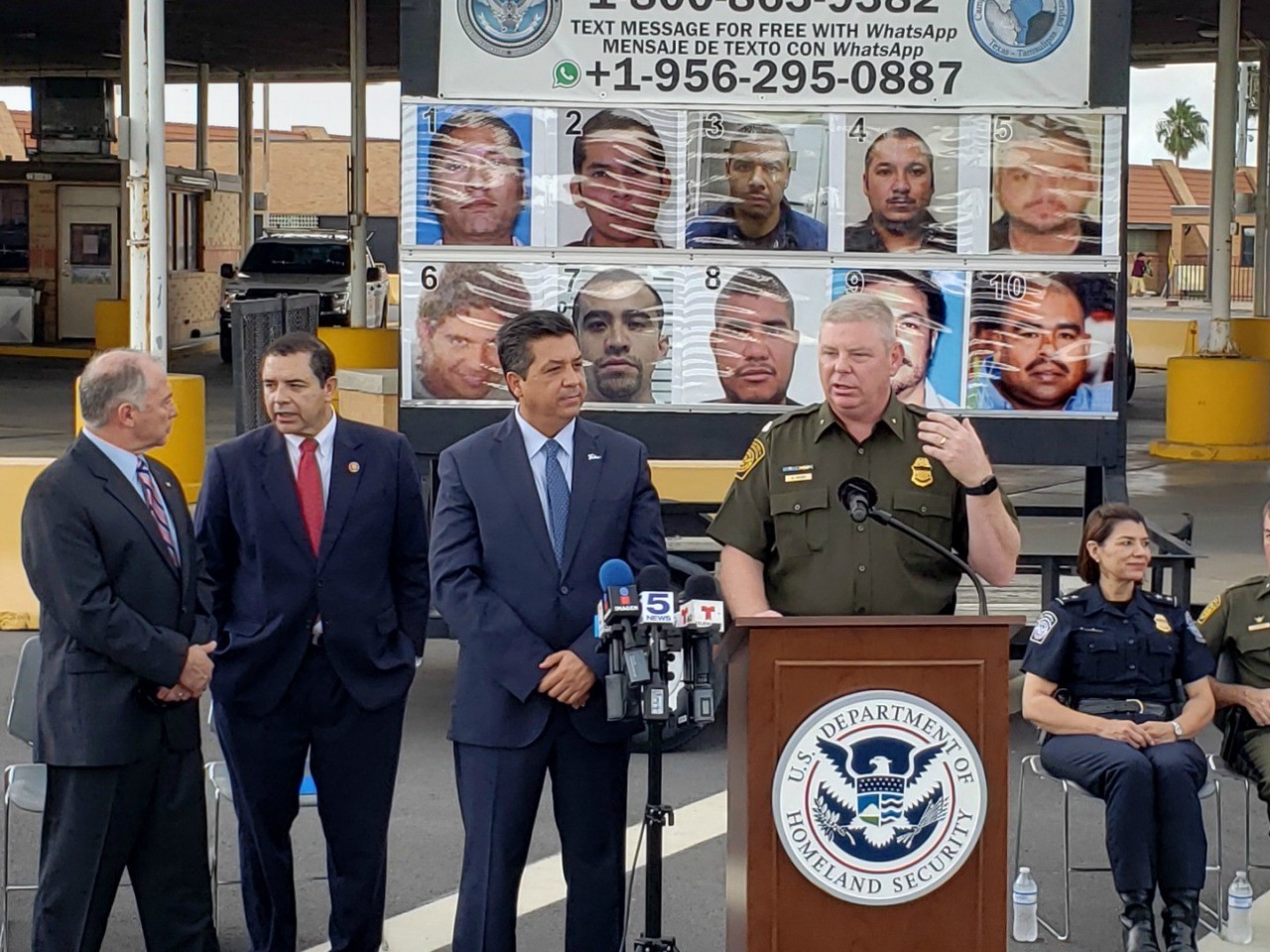 According to Gov. Cabeza de Vaca, the cartel bosses on the list are the most violent in the area and are tied to murders, kidnappings, extortion schemes, drug trafficking, human smuggling, and other crimes.

During the meeting, Skero revealed that in a little over a year, authorities managed to arrest seven out of 10 fugitives on the original list. Six were caught in Mexico and the other in Texas.

“We received 310 phone calls and text messages with information on these targets,” Skero said.

The bilateral cooperation is the first of its kind and has proven successful, Cabeza de Vaca said. He added that other border state governors approached him about implementing the program elsewhere. “This is all about political will and trust,” he said.